Landslide Opposition to LNG Port and Industrialization of the Ocean 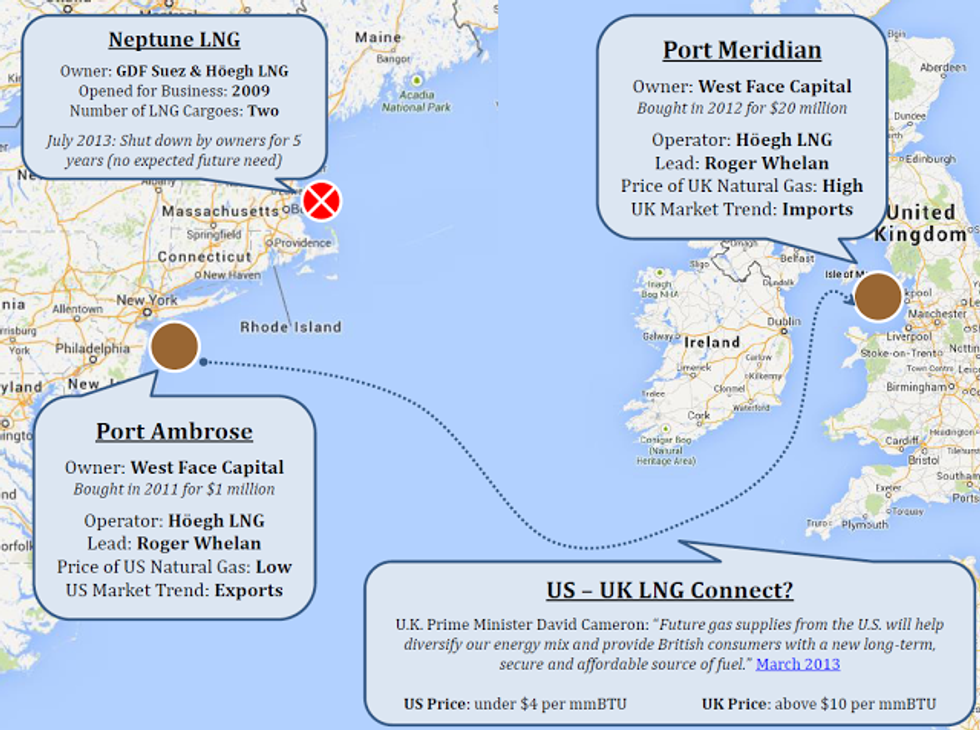 Overall, out of a sea of over 25,350 comments submitted to the Liberty Liquified Natural Gas (LNG)—Port Ambrose docket, only 16 comments supported industrialization of the ocean. This broad opposition to Liberty LNG’s Port Ambrose came from concerned citizens across the U.S. whose input was solicited by the Maritime Administration and the U.S. Coast Guard as part of the federal government’s project review process.

Since the close of the public comment period on Aug. 22, Clean Ocean Action has been documenting and sorting through comments to quantify the overwhelming opposition. Environmental concerns topped the list of reasons for opposing Port Ambrose with threats to marine life, water pollution and air pollution imminent with the construction and operation of the port.

“We're not going to trade the future of the ocean, or for that matter the planet, for dirty, cheap energy; not on our watch,” proclaimed Rav Freidel, director of Concerned Citizens of Montauk.

In addition, “the partial shutdown of the federal government has shuttered the Coast Guard office handling Port Ambrose, yet the fast tracking of the project continues," said Jill Wiener of Catskill Citizens for Safe Energy, that submitted more than 5,400 letters opposing Port Ambrose. "When Coast Guard officials return to work, they should immediately extend the 240 day project review period to account for the days lost to political gridlock.”

“The fact that a whole month after the public comment period had closed the federal government is still uploading letters and comments speaks to how opposed to this project the public really is,” stated Catie Tobin, an advocacy and education fellow with Clean Ocean Action.

Skepticism regarding the number of jobs that will be created and the desire of Liberty LNG to export natural gas were also major concerns raised. By Liberty’s own projections, just six permanent jobs would be created for manning the port, even though impacts to tourism, fisheries, renewable energy jobs and commerce would be put on the line. Although the company claims the port will be used solely for imports, the overwhelming majority of project scoping comments argued that it will eventually lead to exports and increased fracking—two impacts that should be analyzed front and center.

“This project will adversely impact people throughout the region because there seems to be little doubt that if Port Ambrose is built it will be used to exported shale gas, and that means increased fracking in Pennsylvania and Ohio, and it could well open up New York State to fracking,” said Bruce Ferguson of Catskill Citizens for Safe Energy.

“After all that the Jersey and Long Island shores have been through since Hurricane Sandy, the last thing coastal residents need now is the prospect of a huge natural gas disaster looming just offshore,” said Eastern Region Director of Food & Water Watch, Jim Walsh. “Further, this proposal will undoubtedly lead to gas exportation, which would require more dangerous and destructive fracking here at home; it's not fair to the residents of our region.”

“If energy independence is our national goal, then neither imports nor exports are in our national interest,” said Bob Bennekamper, concerned citizen from Brick Township, NJ.

Environmental, economic and security concerns were raised by Gov. Christie (R-NJ) when he vetoed Liberty Natural Gas’s last attempt to construct an LNG facility offshore in 2011, and reaffirmed his veto for an alternate location (Port Ambrose’s current proposed location) in 2012. Both Gov. Christie and Gov. Cuomo (D-NY) can veto the current project, which is governed by the federal Deepwater Port Act. Groups are now mobilizing to put pressure on both Governors to veto.

“Given the myriad reasons this Port shouldn’t be built, the scores of data gaps, inadequate studies and outdated energy analyses identified by thousands of concerned citizens across the nation, the federal agencies reviewing this proposal should stop officially processing the application until these questions are answered,” said Sean Dixon, coastal policy attorney with Clean Ocean Action, who, with other organizations in this coalition, has submitted multiple requests to the federal government for a "stopped clock" on this proposal’s review.

Under the Deepwater Port Act, application review, once initiated, is only open for public involvement for a 240 day clock.

“We’re over 100 days into this Port’s processing, yet the ‘clock’ wasn’t stopped on this project before the federal government shut-down,” continued Dixon. “This is a significant failure in good governance that will lead to the voice of the public being curtailed and ignored.”