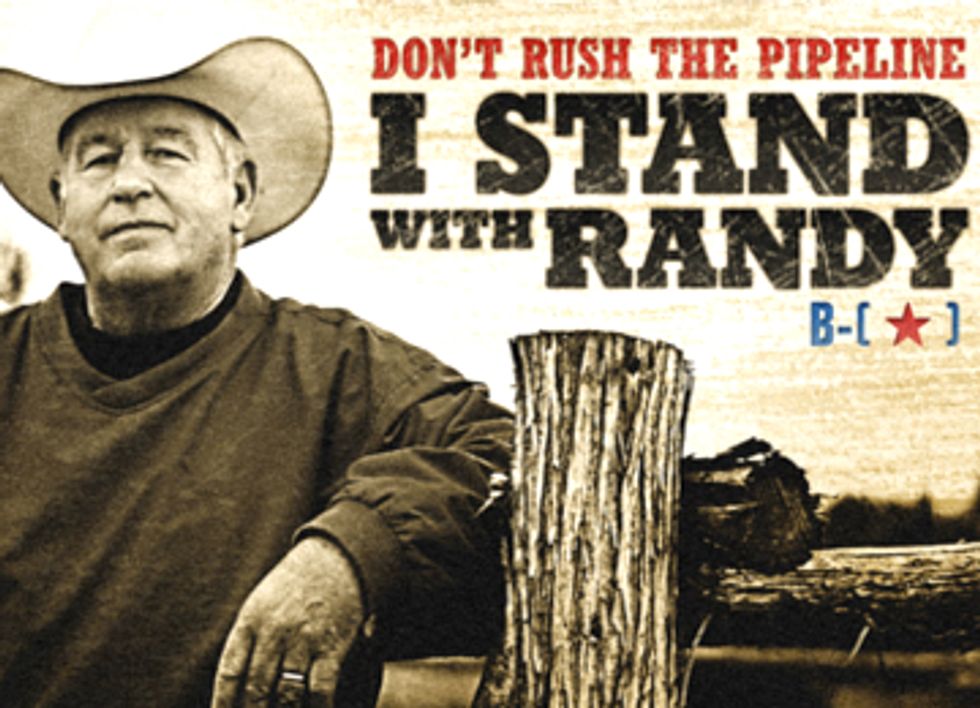 Three Nebraska landowners will finally see their day in court as the lawsuit they filed against the state is finally moving forward. The suit challenges the constitutionality of the LB 1161 the law used by the state legislature and Gov. Heineman (R-NE) for approving eminent domain and the Keystone XL pipeline route in Nebraska. The State Department must put on hold any review of the pipeline.

After multiple attempts at delay by state officials, Nebraska Judge Stacy announced today that the lawsuit will be heard on September 27. This news has significant implications on the broader national debate on the permit process for TransCanada's Keystone XL tarsands pipeline. With the entire Nebraska route in question, the State Department should not finalize the Environmental Impact Statement (EIS) until the court decision and the Public Service Commission, goes through the extensive routing process laid out for pipelines.

“If we are successful in our lawsuit TransCanada will have to start the Keystone XL siting process over again through the Nebraska Public Service Commission, so it would be premature for the State Department to issue a final EIS when the route across Nebraska remains very much in question," said one of the plaintiff landowners, Randy Thompson. "As citizens, we are asking the State Department to respect the legal process and our state's constitution.”

“Completing an environmental review of a tarsands pipeline requires Nebraska have a final route that was lawfully determined," stated Brian Jorde, lawyer with Domina Law Group. "With the Nebraska route in doubt, pending resolution of the constitutional challenges to the law that led to its approval, it would be irresponsible to approve a national route when nearly 200 miles are still in question. We encourage our government to honor our legal process and give Nebraska its day in court.”

“This lawsuit has given hope to scores of landowners who have refused to negotiate easements with TransCanada," said Susan Dunavan, another landowner plaintiff. "Landowner’s rights have been taken from us by delegating eminent domain authority to the Governor.”

“No one in the State of Nebraska should be threatened by a corporation, foreign or domestic. This lawsuit will ensure that our landowner’s rights are upheld and our state constitution followed. Eminent domain must not be used for private gain. This pipeline is not for Nebraska. It is not for the U.S. It is solely for the benefit of Canada and the oil industry,” Dunavan concluded.

Thompson, Dunavan and Susan Luebbe are standing up for citizens across the state, and are calling into question the environmental impacts the Keystone XL pipeline would have on Nebraska. Landowners are not accepting a threat to their land, water and livelihood without a fight.