Landowners Say Gas Companies Kept Them in the Dark on Risks 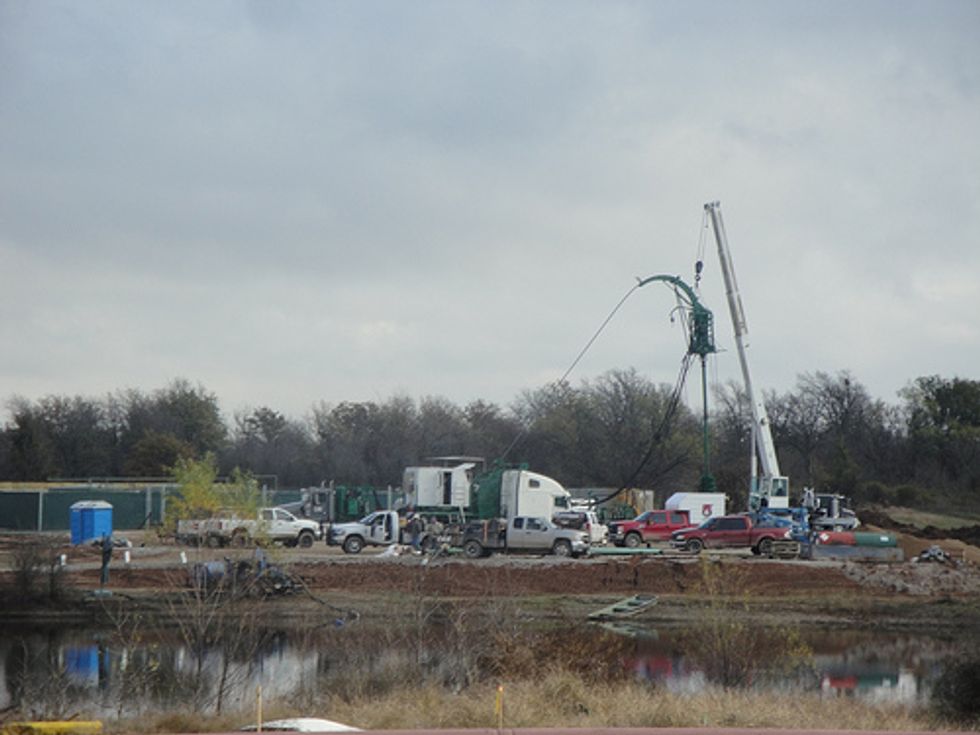 EWG researchers compared federal Securities and Exchange Commission (SEC) filings and natural gas drilling leases used by major companies engaged in hydraulic fracturing (fracking) and horizontal drilling and found that, at best, the leases offered only vague mentions of risks that are explicitly listed in the legally required SEC reports. Twenty-three landowners in five states who had signed or been asked to sign drilling leases also told EWG that company representatives who offered the leases made no mention of possible risks.

“These landowners who were left in the dark about drilling risks are likely just the tip of the iceberg,” said EWG senior counsel Dusty Horwitt, J.D. “Industry documents, regulators and lawyers all indicate that there may be thousands of landowners who unknowingly put their water, homes and health at risk by signing natural gas leases. It’s time to level the playing field so that landowners know the facts about drilling before they sign a lease.”

Federal law designed to protect investors against fraud requires companies to disclose “the most significant factors that make the offering speculative or risky.” But in the midst of perhaps the largest natural gas rush in U.S. history, there has been little or no regulation of the transactions that give drilling companies access to private lands atop gas and oil reserves.

“We were never told about any kind of risks whatsoever,” Craig Sautner of Dimock, Penn., told an EWG researcher. Craig and his wife Julie leased about 3½ acres to Houston-based Cabot Oil and Gas Corp. in 2008.

Water wells serving the Sautners and 18 other nearby families were contaminated and became unusable after Cabot began drilling in 2009, according to Pennsylvania officials. Cabot, which has publicly disputed the finding, did not respond to EWG’s request for comment. The state recently lifted an order requiring Cabot to provide replacement water to the families over the objection of the Sautners, who say their well water is still contaminated. Several affected residents in Dimock, including the Sautners, have sued Cabot for damages.

The company’s 2008 10-K form filed with the Securities and Exchange Commission contains explicit warnings that appear nowhere in the Sautners’ lease agreement and that the couple says never came up in their discussions with company representatives:

“Any of these events could result in injury or loss of human life.”

The pollution in Dimock is not an isolated incident. State officials in Wyoming, Ohio and Colorado have documented recent cases of water contamination linked to natural gas drilling, and the U.S. Environmental Protection Agency has documented serious problems associated with drilling as far back as 1987. On Thursday, Dec. 8, the EPA also concluded that fracking could be responsible for a case of groundwater contamination in Wyoming.

EWG’s report calls on states to require that companies disclose drilling risks to landowners in the same way the SEC requires it for shareholders.

Environmental Working Group is a nonprofit research organization based in Washington, D.C. that uses the power of information to protect human health and the environment. Click here to visit our website.