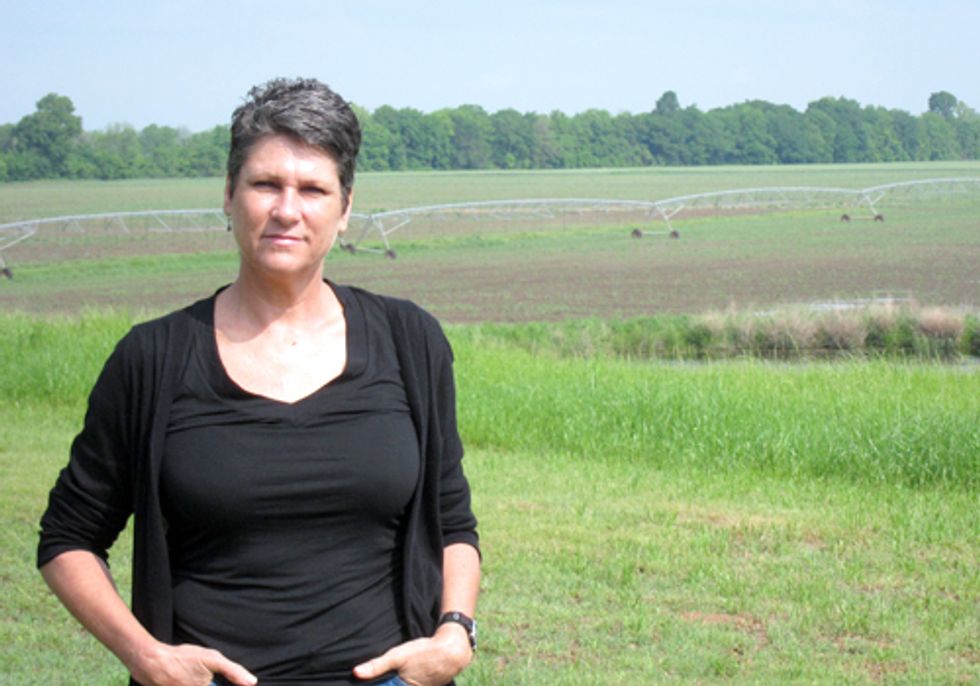 Below is a recap of this week’s news related to the Keystone XL tar sands pipeline. With last week’s announcement of a new permit application submitted by TransCanada, this week saw fresh calls from landowners and concerned citizens for officials to reject anew the risky tar sands pipeline project, once and for all. See below for more:

The new application by TransCanada has allowed for the real people who will be directly impacted by Keystone XL to voice their opposition to the project, which will compromise their land and livelihoods. It turns out the Keystone XL pipeline has made what Esquire called “accidental activist[s]” out of the ranchers and farmers who TransCanada has bullied for rights to their land, folks like Nebraskan Randy Thompson and Texan Julia Trigg Crawford, who was featured in the New York Times this week.

Randy and Julia are not alone in their negative reactions toward the Keystone XL tar sands pipeline. As the Omaha World Herald observed after attending the first meeting held by Nebraska Department of Environmental Quality, “The majority of landowners, in face-to-face conversations with state and pipeline officials, said the new route was no better and still crossed areas with high water tables and fragile, sandy soils like those in the Sand Hills.”

Experts continue to debunk the widespread GOP myth that the Keystone XL pipeline will do anything to reduce gas prices. In fact, Rita Chapman, clean water program director at the Sierra Club of Michigan, points out in an op-ed in the Detroit Free Press this week, TransCanada itself admits the pipeline would "realize an increase in the heavy crude price of approximately $3 per barrel."

In the piece, Chapman goes on to explain how the risks of the Keystone XL tar sands pipeline far outweigh any fabricated benefits.

An exposé in Inside Climate News reveals why the Koch brothers are so committed to seeing the Keystone XL pipeline through to fruition. David Sasson explores how “long involvement in Canada's tar sands has been central to Koch Industries' evolution and positions the billionaire brothers for a new oil boom.”

TransCanada faces a different battle in a new state as Kansas officials attempt to revoke tax exempt status from the foreign company. Portions of the original, operational Keystone pipeline run through Kansas, delivering oil to Oklahoma.

The Associated Press reports “[The Kansas Department of Revenue] estimates TransCanada owes nearly $19 million in 2011 property taxes for the pipeline that's been operating since last year. The department says the pipeline doesn't meet a requirement that Kansas refineries must have access to the oil in order for TransCanada to get the exemption.”

Quotes of the Week:

“No matter what they say, this is still the Sand Hills. It's delicate ground. This is hurting awful bad.” Nebraskan rancher Laura Meusch, after learning the new permit application for the Keystone XL pipeline would still cross her land.

“My discussions, without naming names, is that nobody wants this to stop the transportation conference report from going forward as quickly as possible—pro or con.” House Transportation and Infrastructure Committee ranking member Rep. Nick Rahall

In Case You Missed It

Game Over for the Climate—James Hansen, who directs the NASA Goddard Institute for Space Studies and is the author of “Storms of My Grandchildren,” writes in the New York Times about the “apocalyptic” impacts of fully exploiting Canada’s tar sands and neglecting to drastically reduce global carbon emissions.

New transportation bill must be free of Keystone contamination—The Editorial Board of the STLtoday urge the transportation conference committee to keep the bill clean.