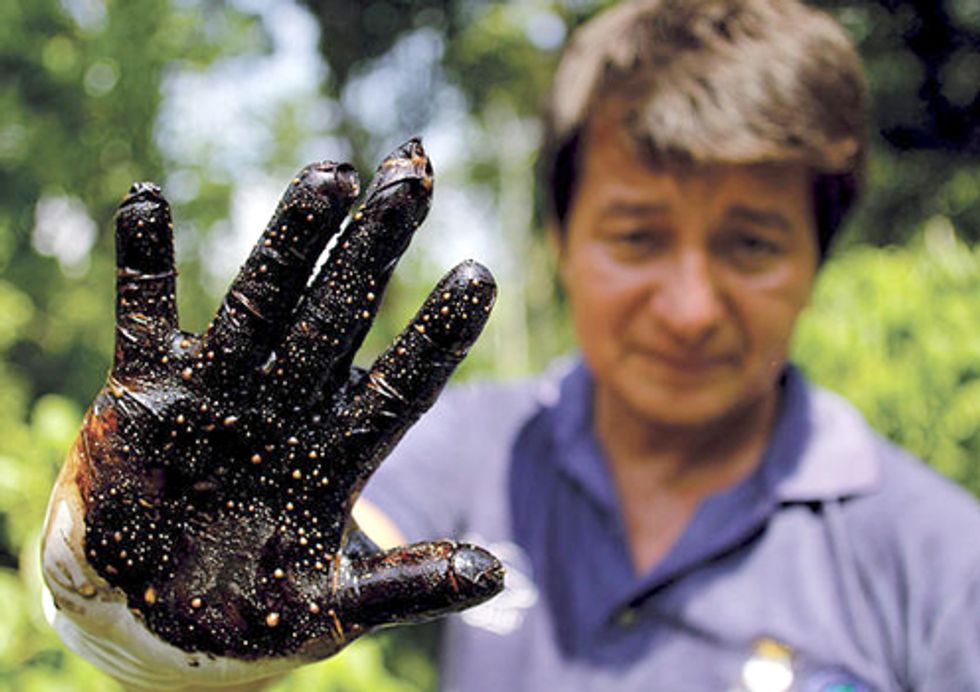 After 19 years of litigation, the monumental class action lawsuit against oil giant Chevron for environmental devastation in the Ecuadorian Amazon is nearing an end. On Jan. 3, 2012, an Ecuadorian appeals court confirmed an $18 billion judgment against Chevron. This judgment is exceeded in size only by BP's expected outlay for the 2010 Gulf of Mexico oil spill. The judgment is internationally binding, and it sends the message that corporations cannot evade justice for their crimes around the world. It sets major precedents, not only for Ecuador's indigenous people and farmer communities, but also for international human rights, environmental law and corporate accountability.

The marathon legal process is not yet over, however, as Chevron is fighting last-ditch legal battles in U.S. courts and an international arbitration tribunal, trying to throw sand into the wheels of justice. The endgame is likely to be an accelerating race against the clock, as lawyers for the plaintiffs attempt to enforce the judgment by seizing Chevron's key assets in Latin America, while Chevron desperately seeks legal stratagems to protect its tankers, oilfields and refineries from confiscation.

The result will determine the meaning of the largest and most controversial environmental disaster in history. Mountains of evidence—including thousands of contamination samples taken by Chevron—prove the company (through Texaco, which it purchased in 2001) is responsible for oil contamination in the rainforest of northeastern Ecuador. Over nearly three decades of oil production, it is estimated that Texaco spilled or deliberately dumped the equivalent of 345 million gallons of crude in the region.

Since then, Chevron has poured immense resources into a legal and public-relations offensive designed to portray the case and the courts as corrupt and lay a basis for evading enforcement of the judgment. Instead of dealing with the indisputable evidence of its responsibility, the company has instead launched a strategy of intimidation, distraction and delay.

Chevron's nearly unlimited legal resources—including its battalion-size legal team of as many as 500 attorneys—allow the company to file a nonstop assault of legal briefs, motions and attacks, attempting to overwhelm, outspend and bankrupt the plaintiffs' scrappy, underdog team of about 15 lawyers.

This briefing paper provides a summary of this historic legal battle, followed by an outline of some of Chevron's strategies to evade accountability for one of the world's worst environmental disasters.