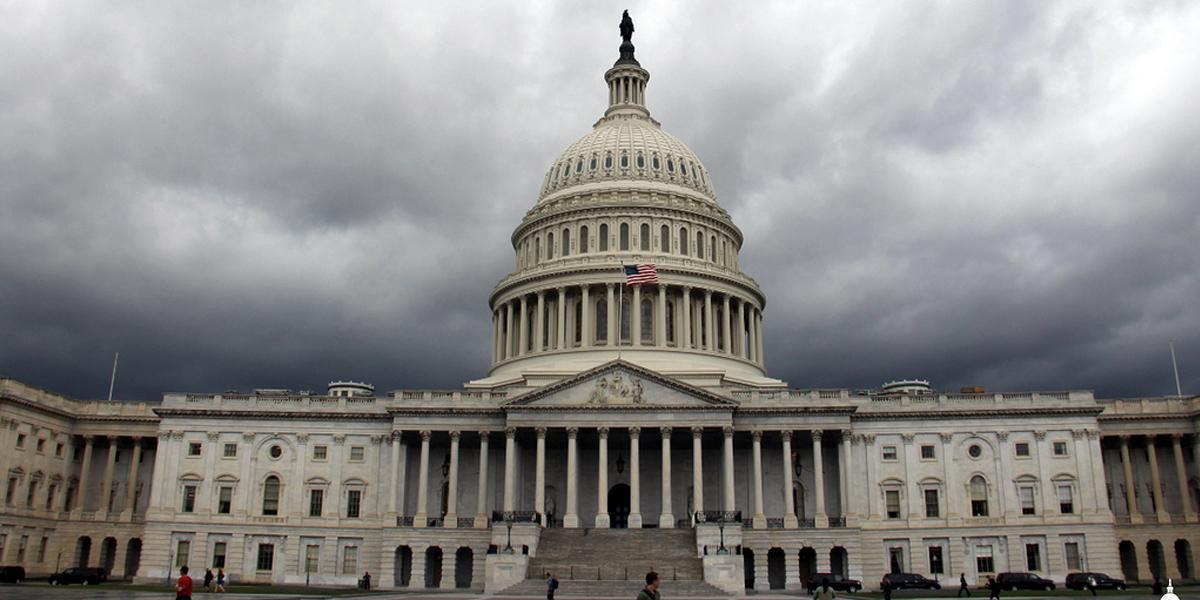 No one thought that Lamar “my career has been funded by fossil fuels” Smith was going to put on an unbiased hearing on climate science. After all, the minority Democrats on Smith’s House Committee on Science, Space, & Technology published a report this month, Much Ado About Nothing, which details Smith’s “crusade to attempt to undermine and invalidate” Tom Karl’s pause-buster study. (Yet Smith still can’t get NOAA’s name right)!

Although little was said about Karl, Wednesday’s House Science Committee hearing with Drs. Michael Mann, John Christy, Judith Curry and Roger Pielke Jr. was a quite a circus. Which is exactly why someone who’s been through Smith’s nonsense, Dr. David Titley, wrote for the Washington Post that scientists should boycott these biased hearings.

That would be nice, if that meant that Smith would stop holding them. But since he shows no sign of slowing his inquisition, someone needs to show up to set the record straight and push back on all the denial packed into the hearing like so many clowns in a tiny car.

And that’s exactly what Dr. Mann did, successfully walking the tight-rope between correcting other witnesses and coming off as a jerk. Most notably and most clearly getting under Smith’s skin, Mann cited a recent Science Magazine article describing Smith’s comments at the Heartland conference. Mann read the killer quote about how Smith “acknowledged that the committee is now a tool to advance his political agenda rather than a forum to examine important issues facing the U.S. research community.”

In response, Lamar Smith, the esteemed media critic who cited the Daily Mail’s bogus Bates story, who has written for Breitbart and said that people should get their news directly from Trump, claimed that Science Magazine is “not known as an objective magazine.” As Emily Atkin of the New Republic aptly put it, “The fact that the chairman of the House Science committee doesn’t consider that source ‘objective’ is ACTUALLY MIND BLOWING.”

Smith, with pie on his face, also demonstrated his media savvy by citing the never-correct editorial page of the Wall Street Journal on heat records. This opinion is about as solid as cotton candy and has been contradicted by the paper’s own reporting.

Speaking of dumb Wall Street Journal opinions, Mann also did a nice job of calling out Pielke’s hypocrisy for whining in the Journal about being harassed, after sending threatening letters to Mann and Kevin Trenberth’s bosses when they criticized his awful FiveThirtyEight piece that needed correction.

Also needing correction was John Christy, who trotted out his error-laden graph of models and observations. Again, Mann highlighted the foolishness of his fellow witnesses by pointing out how others have corrected Christy many times on the satellite record vs. the thermometer record. And more importantly, he cited the recent research that totally debunks Christy’s false contention that models overestimate warming.

And then there’s Judith Curry who, true to form, was there to talk about uncertainty (inappropriately). Again Mann was prepared, pointing out that uncertainty is actually a reason to take stronger action sooner. Uncertainty cuts both ways: while Curry and the GOP would have you believe maybe warming won’t be so bad, it could actually be much worse than we fear.

Curry also bristled at being referred to as a “climate science denier” in Mann’s written testimony. That’s silly: She’s teamed up with the Kochs, questioned the validity of the endangerment finding and said in her opening statement that it’s time to “make the debate about climate change great again.” So it is safe to say that “Judith Curry is absolutely a climate denier.”

And she proved it in the hearing, denying the science and claiming we don’t know how much is human versus natural. In 2014, NASA’s Gavin Schmidt laid out the case for Curry that our best estimate is that humans are causing 110 percent of warming. (It’s more than 100 percent because natural forces and particulate pollution cause cooling, which CO2 is overcoming to cause warming).

Curry also questioned ocean acidification science, in a way that Brian Kahn noted “is way out of step with most ocean scientists” that he’s talked with.

Other odds and ends that made an appearance include the 1998 documents showing Big Oil’s plan to inject uncertainty into the climate debate, the long-debunked 70s cooling myth and Smith’s tired denial of the consensus.

So like any good circus, there were plenty of clowns, people lion, tired grr-causing myths and bear-ly believable statements.