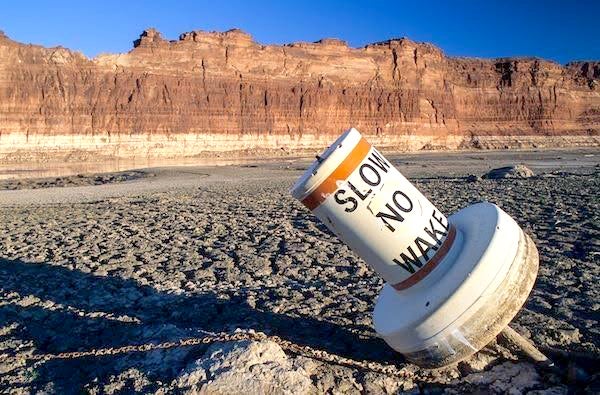 The 16-year drought on the Colorado River has drained Lake Mead and Lake Powell to their combined lowest level in history. But that’s nothing compared to what could happen, according to a new study from the State of Colorado. 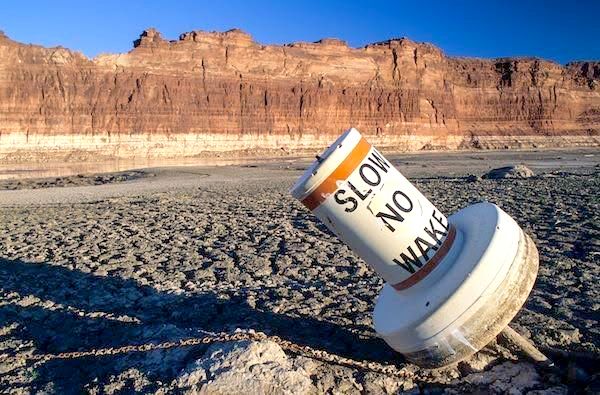 The study indicates that a drought like the one that happened in 2000 – 2006 “would empty Lake Powell,” according to the Aspen Daily News. “Another potential conclusion from the risk study is that any new trans-mountain diversion would only make it more likely that Powell would go below target levels,” the publication noted.

And, whether you want to believe it or not, water agencies in Colorado, Wyoming and Utah are proposing to do just that. In fact, Denver Water, Northern Water (in Colorado), and the states of Wyoming and Utah are all proposing even more dams and diversions of water out of the river and its tributaries that would accelerate the draining of Lake Powell and cause serious legal consequences for the entire Southwest U.S.

Further, climate change scientists have painted a bullseye on the Southwest U.S., indicating that it will get hotter and drier, with even less flow into the Colorado River. The lead investigator in the in-progress Colorado report has even said, “I haven’t shown the climate change hydrology because it just scares everybody.”

Save the Colorado has formally opposed all new proposed dams and diversions out of the river or its tributaries. We believe climate change is real and will have a serious impact on the Colorado River. The solution proposed by the State of Colorado is to buy massive amounts of water from farmers in Colorado, and then let that water run downstream to Lake Powell to keep the water level high enough to produce electricity at Glen Canyon Dam.

This plan is very unlikely to be successful. There’s just not enough farmers who would want to sell massive amounts of water in order to keep the hydroelectric turbines spinning. Further, it could cost hundreds of millions of dollars every year to buy out those farmers even if they would sell.

What makes more sense is a responsible, planned effort by the government to drain Lake Powell, rather than letting drought and climate change do it in a haphazard way.

Lake Powell’s days are numbered. The lake was a mistake, it’s time to forsake.

Gary Wockner, PhD, is the executive director of the Save the Colorado river campaign. Contact Wockner at Gary@SaveTheColorado.org.