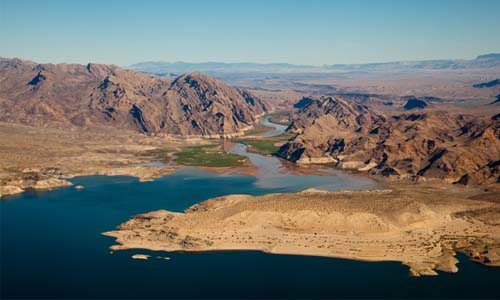 Lake Mead hit a record low last night by falling below 1,075 feet in elevation at 1,074.98 feet, which would trigger a water-supply shortage if the reservoir doesn’t recover by January. The threshold for mandatory cuts was set in a 2007 agreement as part of the U.S. Department of Interior’s Colorado River Interim Guidelines. These cuts would be the first set of mandatory water delivery curtailments to Lake Mead. Should the water levels continue to drop, as they are expected to, more cuts would be required. 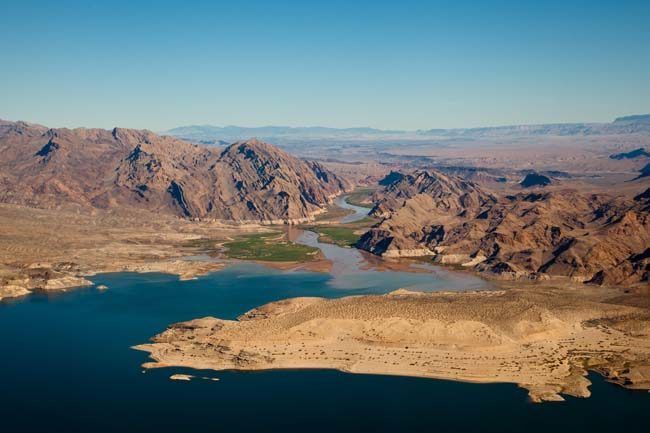 The U.S. Bureau of Reclamation will announce a 2016 shortage this August if its projections show that Lake Mead will still be below 1,075 feet in January.

“Water managers expect the lake’s elevation level to rebound enough to ward off a 2016 shortage thanks to a wetter-than-expected spring,” says The Arizona Republic. However, Rose Davis, a Bureau of Reclamation spokeswoman, told The Arizona Republic, “We still need a lot more water.”

The U.S. had the wettest month ever recorded in May—”the wettest places were parts of Arizona, Southern California, Northern Utah, a tiny spot in Nevada and a small spot on the border of Texas and Oklahoma, where precipitation was at least 500 percent of average,” said the National Oceanic and Atmospheric Administration. Still, the recent rains were not enough to end the Southwest’s 15-year drought.

The U.S. Bureau of Reclamation will announce a 2016 shortage this August if its projections show that Lake Mead will still be below 1,075 feet in January. The elevation, which is recorded hourly, climbed to 1,075.05 feet this morning. Davis says the agency is expecting several more drops below 1,075 feet in the coming weeks, but they estimate the lake level will rise by the end of the year to about 1,081 feet, according to CBS News. Still, many water policy experts are pushing for long-term solutions.

“Drought or no drought, the river is over-allocated,” Drew Beckwith, water policy manager with the Western Resource Advocates, a non-profit environmental law and policy organization, told The Arizona Republic. “Lower-basin states take more than the river system can sustain. The upper basin hasn’t used its full allocation for years, which has kept the problem at bay because the excess is sent to Lake Mead. But that setup won’t last.”