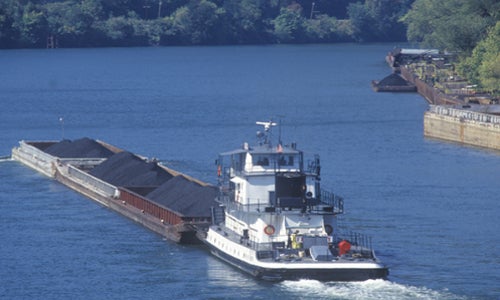 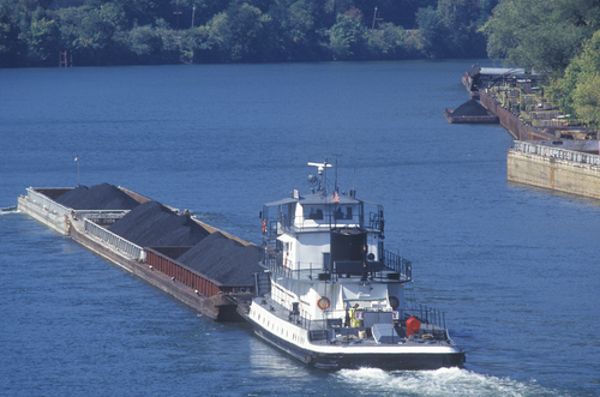 Without accurate monitoring, it’s impossible to say if mining operations like the ones that produced the freight on this barge on West Virginia’s Kanawha, are polluting the state’s waterways.

John W. Shelton worked for Appalachian Laboratories Inc. (AL), a company certified by DEP to conduct such tests as part of the Clean Water Act. The company conducts tests at more than 100 water sampling locations in the state. Shelton admitted to conspiracy to violate the Clean Water Act by diluting water samples, substituting clean water for other samples and not keeping samples refrigerated along with another unnamed AL employee.

The criminal charge was filed September 2 in the U.S. District Court for the Southern District of West Virginia. It alleged that “From 2008 until approximately July 2013, the defendant John W. Shelton knowingly conspired with a person known to the United States Attorney to commit offenses against the United States: that is, to tamper with, cause to be tampered with, falsify and render inaccurate monitoring methods required to be maintained under the Clean Water Act, namely that samples and measurements shall be representative of the monitored activity and that samples to be analyzed for certain pollutants must be preserved at or below six degree Celsius.”

In other words, the lab kept up its client base of mining companies by making sure that no matter what they dumped into the state’s waterways, their testing, which they were required to submit to the DEP and the EPA would always come up clean.

In the plea agreement, the prosecutors and Sheldon concurred that another official at Appalachian stressed the important of “pulling good samples,” which was understood to mean making sure they complied, not that they were taken properly, and that Appalachian employees only stored the samples in cooler when DEP inspectors were around. “Each time that Shelton and others at Appalachian diluted the sample water or replaced the sample water with water that would pass, they allowed water that they believed exceeded permit limits to discharge into the waters of the United States,” it said.

The Gazette said that this case “raises questions about the self-reporting system state and federal regulators use as a central tool to judge if the mining industry is following pollution limits.”

Environmental group Appalachian Voices concurred, pointing out the history of issues that have arisen with self-reporting.

“The discovery that a lab employee in West Virginia knowingly altered sampling procedures to assure that monitoring reports submitted for coal companies would be in compliance with the Clean Water Act raises serious questions about the reliability of monitoring reports for the coal industry across Central Appalachia,” said the group’s Central Appalachian campaign coordinator Erin Savage.

“In 2010, Appalachian Voices uncovered water monitoring reports that contained duplicated data for the three largest mountaintop removal companies in Kentucky. During the period they were submitting erroneous monitoring reports, these companies never reported a single pollution violation. No criminal charges have been brought in Kentucky in relation to those cases. In light of the charges brought in West Virginia, however, we have to wonder how widespread these criminal practices are. This shocking discovery further highlights the extreme need for state agencies to seriously reevaluate their enforcement efforts and for the EPA to step in when the states do not properly enforce the law.”

Sheldon will be sentenced in February and could face as much as five years in jail and up to a $250,000 fine.