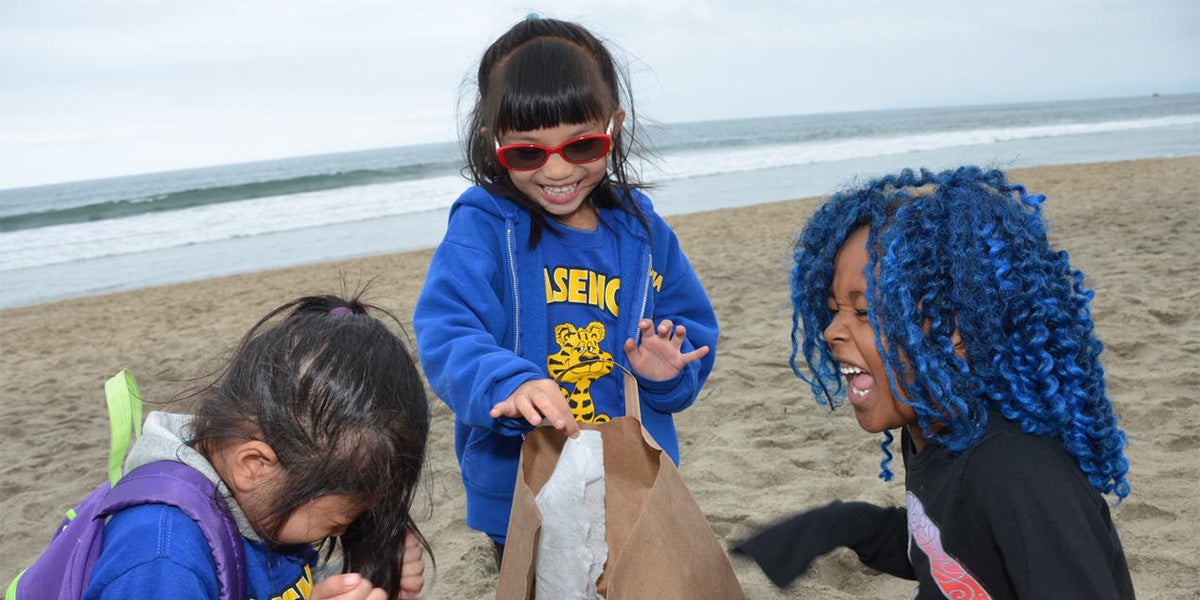 Kids Ocean Day—a day that inspired nearly 4,500 Los Angeles-area children to clean up nearby beaches—celebrated its 25th Anniversary last Thursday. The day started with a beach cleanup at Dockweiler State Beach, which was followed by a news conference and kick-off program where Emmett Kliger, a fifth grade student from Citizens of the World Charter School Mar Vista, recited a poem he created to commemorate the anniversary of Kids Ocean Day. The event concluded with a giant aerial art WAVE the children created with their bodies, a picture so large it could only be seen from the sky. This year’s theme was “Kids Making Waves for a Plastic-Free Ocean,” which highlighted the importance of teamwork for keeping our ocean clean for future generations.

Kids Ocean Day is part of a year-long program by the Malibu Foundation for Environmental Education that teaches children about how storm water run-off can create negative effects on water quality and marine life. The program aims to have kids become more aware of the damage plastic pollution and litter can have on our marine environment, and through hands on experiences the kids build a stronger connection between themselves and the environment. These students are the environmental champions of our future, and they play a pivotal role in keeping our local waterways and coastal areas clean.

This year, the aerial artwork encompassed the theme “Kids Making Waves for a Plastic-Free Ocean.” To successfully protect our coasts and beaches from plastic pollution, teamwork is essential. Without the collaboration between children, nonprofits, schools and governmental entities, saving our ocean from pollution will not be possible. We are all stronger together, and our voices are louder together. This aerial WAVE, pictured below, empowered the children to become advocates for the ocean and teachers to the world by raising awareness of the impacts of litter on our valued marine environment. 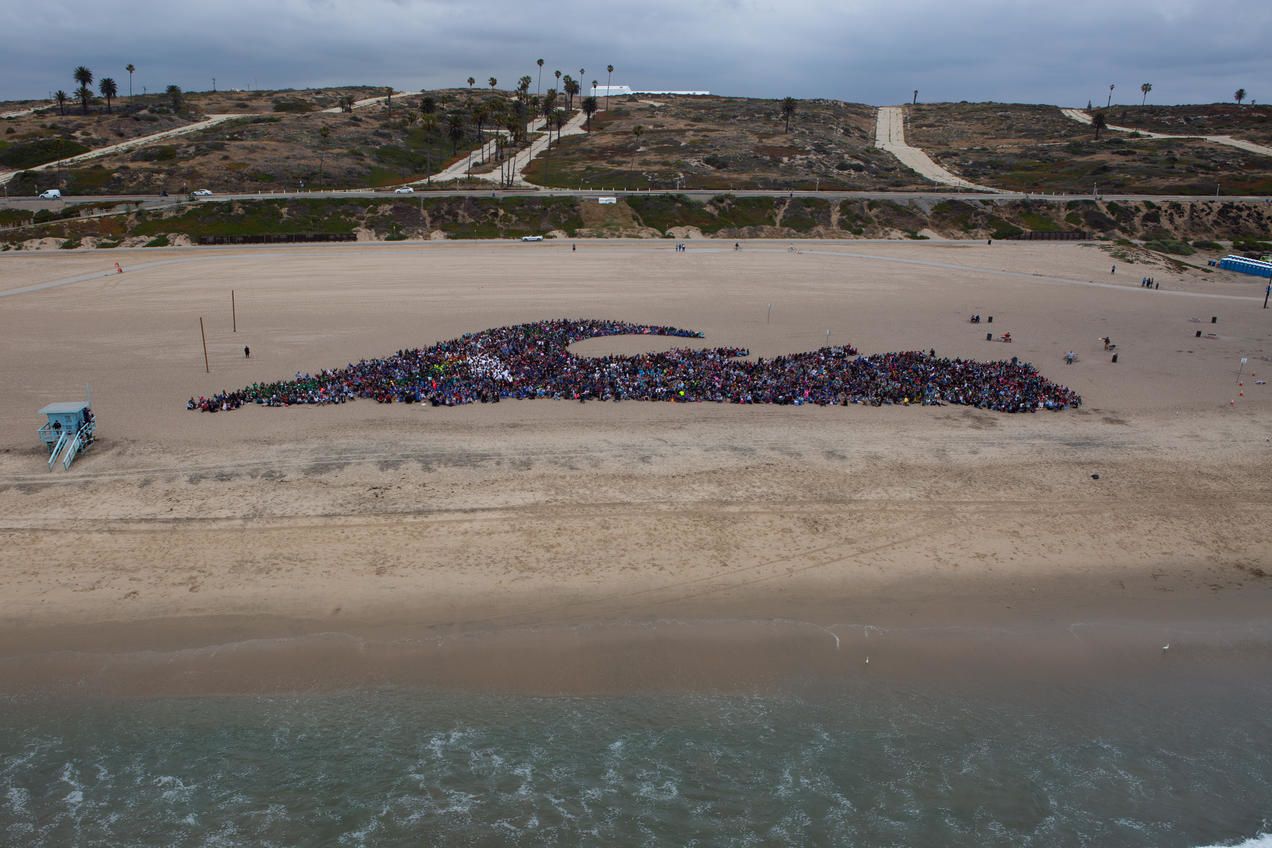 Earlier this year, China stopped accepting shipments of plastic waste from the U.S. Instead of finding somewhere else to ship our waste, the solution should be to reduce our plastic use. Plastic materials are made of polyethylene, a material that doesn’t degrade for hundreds of thousands of years. When plastic makes its way into our oceans, they photodegrade into tiny, microscopic pieces that are then mistaken for food by marine organisms. In 2015, Gov. Jerry Brown signed a CA state bill that prohibits the sale of products that contain plastic microbeads.

In addition to the above, plastic pollution creates a massive slew of environmental issues ranging from marine mammal entanglement and deaths, to billions of dollars in cleanup costs and lost fisheries revenues. Pollution is present in our local coastal waters as well as in the distant Arctic seabed.

The message is clear—no one wants a polluted ocean.

This year’s Kids Ocean Day brought awareness to the issue of marine pollution. This event instills a sense of environmental stewardship, and motivates the students of Los Angeles to take action to protect what they love. 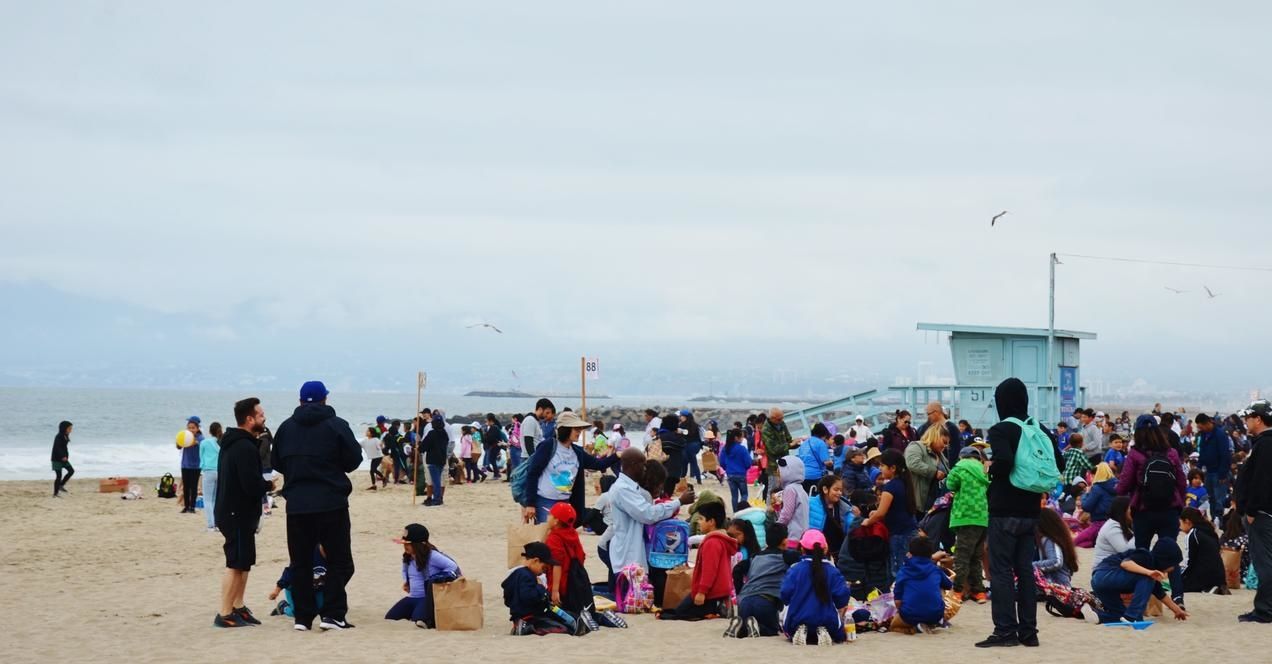 Thanks to Dani Garcia for contributing to this post.