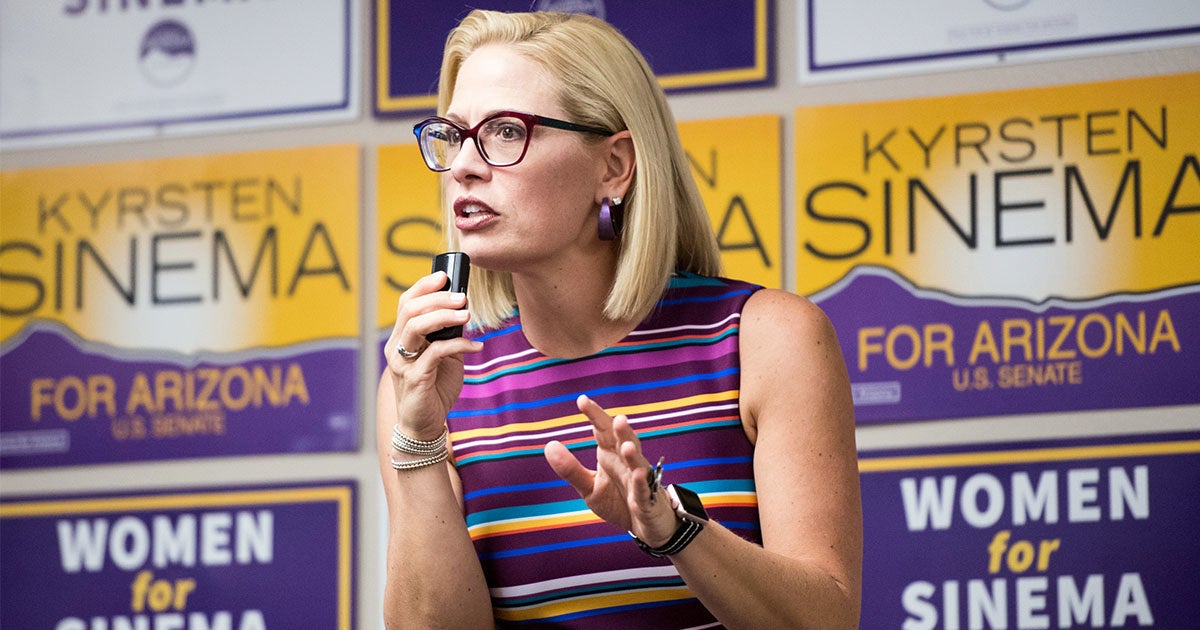 A little less than a week after the midterm election, Democrat Kyrsten Sinema has edged out Republican Martha McSally to become Arizona’s first female Senator and the first openly bisexual member of Congress, The Guardian reported. She is the first Democrat to win an Arizona Senate seat since 1976.

Sinema, who has served in the House of Representatives since 2013, has moved to the right since her early days as a Green party activist. During the 2018 midterm campaign, she promoted herself as an independent aisle-crosser in the tradition of late Arizona Republican Senator John McCain.

“As long as I’ve served Arizona, I’ve worked to help others see our common humanity & find common ground. That’s the same approach I’ll take to representing our great state in the Senate, where I’ll be an independent voice for all Arizonans,” she said in a tweet announcing her win.

As long as I’ve served Arizona, I’ve worked to help others see our common humanity & find common ground. That’s the same approach I’ll take to representing our great state in the Senate, where I’ll be an independent voice for all Arizonans.

Thank you, Arizona. Let’s get to work. pic.twitter.com/iX6u6VQ9bQ

When The Arizona Republic asked both candidates about their stance on climate change, the two gave markedly different answers.

In response to the questions from The Republic, Sinema said she supports “thoughtful and reasonable approaches to reduce climate pollution while ensuring Arizona families and businesses have affordable, reliable energy to power our economy into the future.”

She said she has supported more solar energy development and “common sense policies like the renewable tax credit, energy efficiency incentives, and state-level renewable portfolios that reduce emissions and provide a smooth transition to cleaner sources of energy.”

McSally, on the other hand, took the opportunity to criticize steps taken by former President Barack Obama to reduce U.S. greenhouse gas emissions. She did not deny climate science, but still said she had “fought against” regulations meant to address it.

“Crushing regulations, such as the Obama administration’s Clean Power Plan and the Waters of the United States, only serve as federal overreaches that further burden Arizona’s small businesses and farmers and harm those in poverty with increased utility bills,” McSally said in an email.

However, Sinema’s desire to emphasize working with Republicans has sometimes caused her to waffle on the causes of climate change. In a televised debate with McSally, a listener asked the candidates if they believed climate change was a “man-made problem” and what they would do to combat it, particularly when it comes to preserving Arizona’s water.

“Well, I do believe that climate change is real, and I think it doesn’t make a lot of sense for us to spend time debating how we got to the place that we are today. What does make sense is for individuals who have the ability to make a difference moving forward to work together to make that difference,” she said. She then promised to work with Arizona Senator Jon Kyl, the Republican appointed to fill in for McCain after his death, on water conservation in the state.

McSally did not answer with her opinion on climate change specifically, but talked about the importance of water before moving on to address issues related to the military and to criticize Sinema for anti-war statements made in 2003.

You can see the video here: