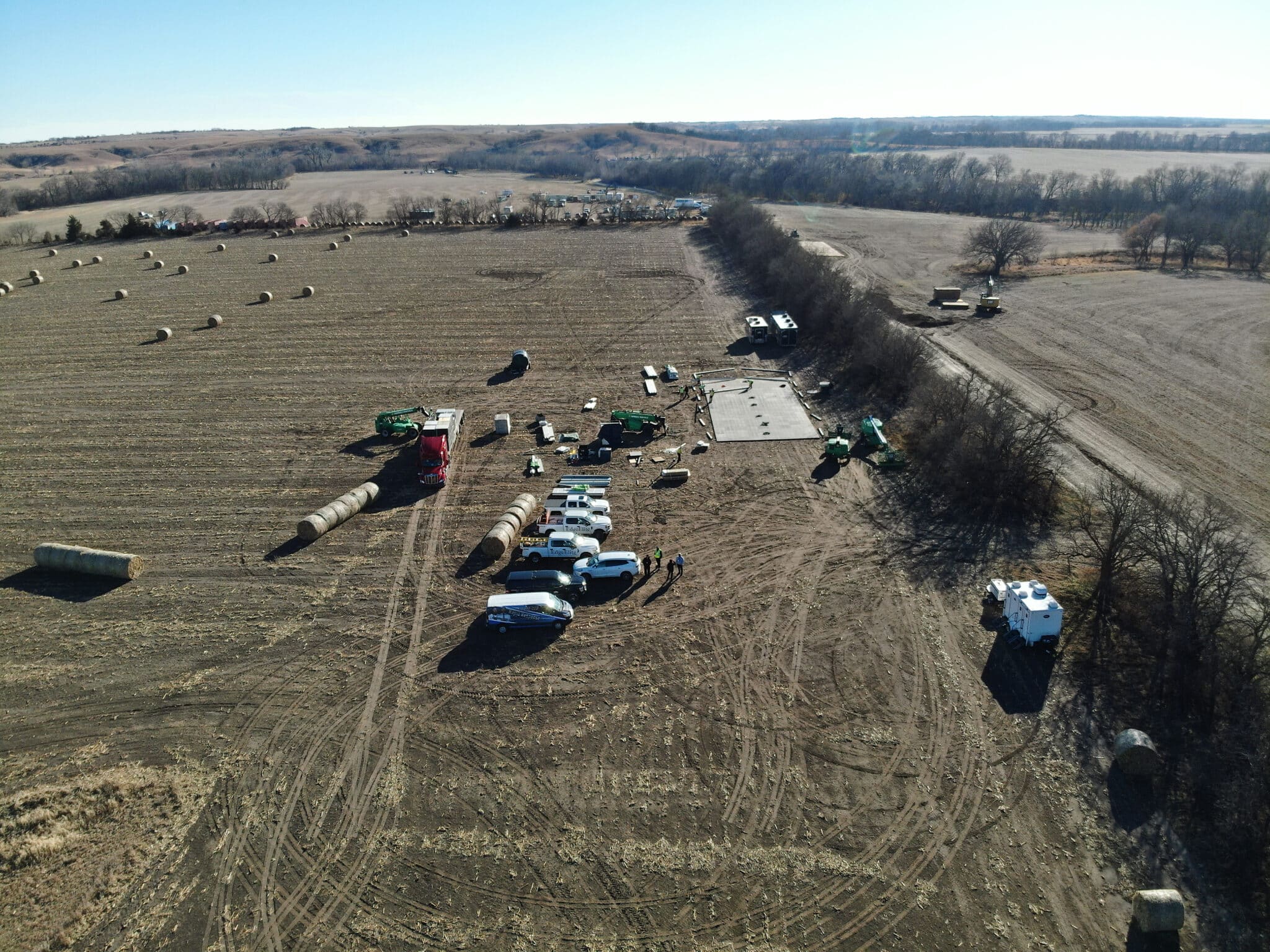 Earlier this month, TC Energy’s Keystone Pipeline was shut down after spilling over 14,000 barrels, or about 588,000 gallons, of oil in a local creek in Washington County, Kansas. Now, the company is beginning efforts to recover at least a portion of the oil.

As of December 13, TC Energy announced it had recovered 2,598 barrels of oil and affected water from Mill Creek. The company is using vacuum trucks to remove the oil from the creek, and the affected segment of the pipeline will remain offline until further notice.

According to officials, local drinking water has not been affected, as the creek does not connect to a source of drinking water. Booms are set up downstream as well to prevent oil from leaving the containment area. No one has been evacuated following the incident, Associated Press reported.

Learn How to Power Your Home Sustainably Year Round

This recent spill occurred as TC Energy tested the pipeline for any problems, but investigations to discover the cause are still underway. TC Energy will need permission from regulators before taking the pipeline online again, and the company is required to reduce pressure inside the failed pipeline segment by 20%. The regulators are also requiring TC Energy to find the cause of the failure, conduct additional testing by March 2023 and provide a written plan for identifying other problems within the pipeline.

The Keystone pipeline spill is the largest in this pipeline’s history, and it is the biggest onshore spill since 2013, when the Tesoro Corp. pipeline spilled 20,600 barrels in North Dakota.

The Keystone pipeline’s latest spill is one of many issues this particular pipeline has had since it began operations in 2010. A 2021 report from U.S. Government Accountability Office noted 22 recorded accidents from the Keystone pipeline, and found the incidents were becoming worse over time. The December 2022 spill is even larger than all of its previous incidents combined, ABC News reported.

The 2021 GAO report also showed that four of the pipeline’s biggest spills prior to the most recent accident were caused by “issues related to the original design, manufacturing of the pipe, or construction of the pipeline.” These issues may be similar to what caused the December 2022 spill, and some experts believe corrosion could be to blame.

Fear of oil spillage is what led many people to oppose another TC Energy project, the Keystone XL pipeline. TC Energy terminated the controversial project in 2021, and a federal judge ruled a lawsuit to reinstate the pipeline as moot in early 2022.

Exxon Wallows in Record-Breaking Profits in 2022
What could dwarf Chevron's biggest-ever profits of $35.5 billion in
By Climate Nexus
Emirates Successfully Tests Flying Boeing 777 Plane on Sustainable Jet Fuel
The airline Emirates has successfully tested flying a Boeing 777-300ER
By Paige Bennett
U.S. Lawmakers Want Climate Envoy Kerry to Push Back on Naming Oil CEO as Head of COP28
The decision of the United Arab Emirates (UAE)’s to name
By Olivia Rosane