Kumi Naidoo: 'We Stand 100% With the Pope' and His Call to Climate Action 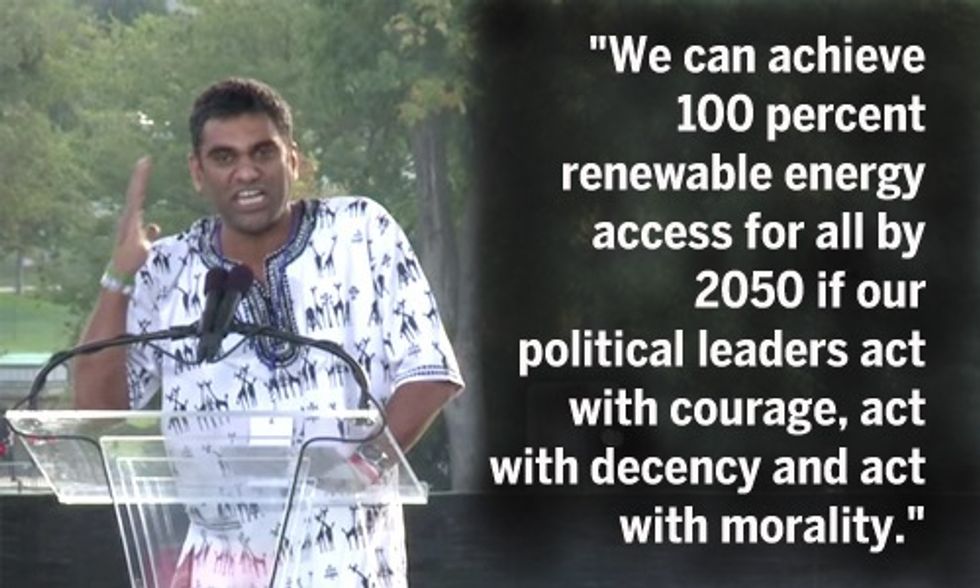 Environmentalists have hailed the Pope during his inaugural visit to the U.S. for being an outspoken advocate for urgent action on climate change. At a speech at the White House on Wednesday, he said "climate change is a problem that can no longer be left to a future generation.” Annie Leonard, the executive director of Greenpeace USA, hailed Pope Francis’ words to Congress as a "rallying call for climate action."

Naidoo addressed hundreds of people gathered on the National Mall, calling for swift action on climate: "Now is the time for us to change. We cannot delay any longer."