Kumi Naidoo: UN Shouldn’t ‘Pander to Madness That Comes Out of the Trump Administration’ 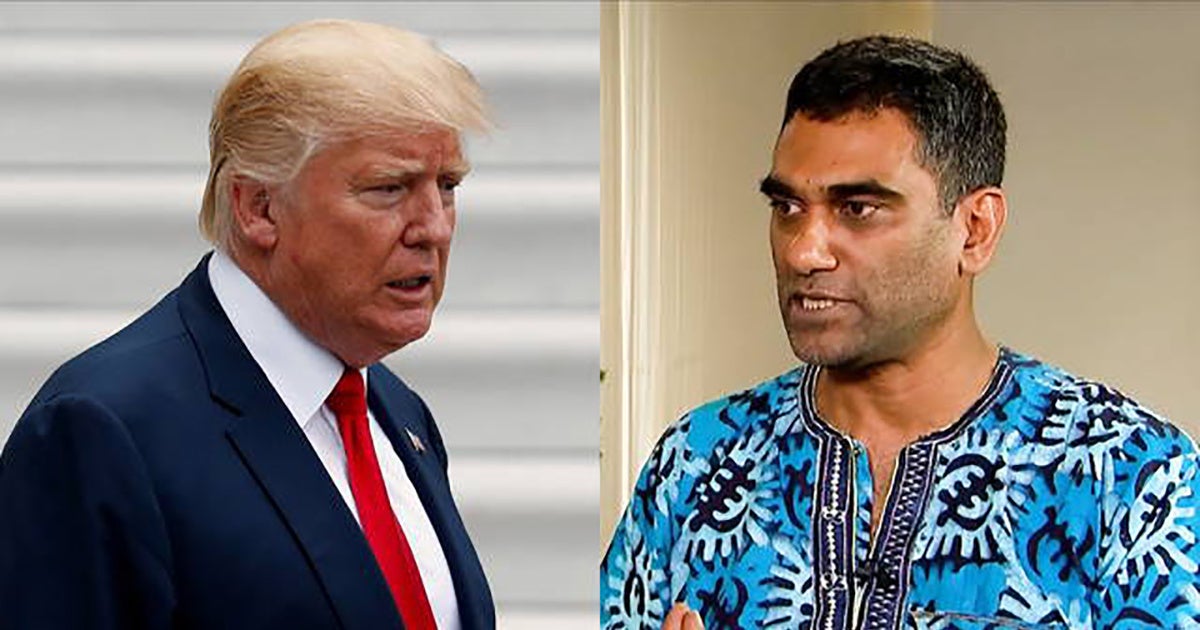 “The U.N. cannot continue to pander to the madness that comes out of the Trump administration,” Naidoo said, after the U.S. hosted a panel at the conference with a forum pushing coal, gas and nuclear power.

Here’s a transcript of the interview:

Amy Goodman: This is Democracy Now!, democracynow.org, The War and Peace Report. We’re broadcasting live from the U.N. climate summit here in Bonn, Germany. We just played for you the protest that took place, the revolt that took place yesterday at the U.S.’s only session that they held here, this first COP after President Trump announced plans to pull the United States out of the Paris climate accord. But it’s a four-year process. And if that goes through, it ends the day after the next Election Day. The official debut of the U.S. administration was at a forum pushing coal, gas and nuclear power, the presentation including speakers from Peabody Energy, NuScale nuclear and a gas exporter.

We are continuing our conversation now with Kumi Naidoo, South African activist, former head of Greenpeace, now chairperson of Africans Rising for Justice, Peace and Dignity.

Now, we have pleaded with David Banks, the U.S. president’s representative, President Trump’s representative here, who said he was completely accessible, stayed right next to our booth throughout the time all of our producers went out to talk to him, but said he would not come on the broadcast, at least today. We’ll attempt to try. But, Kumi Naidoo, as you went off the set for a few minutes, you got a chance to speak with David Banks.

Kumi Naidoo: Yes. I spent about 15 minutes with him. He seems to be a decent human being. He basically is not denying any of the things that we are saying, but his argument is, “Oh, technology and innovation will sort everything out.” And I—

Amy Goodman: But not solar and wind.

Kumi Naidoo: Yeah, yeah. No, it’s really focused on a hold—and I put it to him that “Do you realize that you are actually giving up economic opportunities, because of successful economies?” Body language suggests that they are aware of that. And the fact, the isolation—and they say they—President Trump has not ruled out the possibility of coming back. But right now, let me tell you—and, Amy, you and I have been at COPs for so long. Right now, almost now, people want to say, “Actually, if the U.S. is going to behave like this, better they stay out. Let the rest of the world go ahead. And we’ll work with the governors of those states that want to be involved, the majority of municipalities in the United States that want to be involved, the civil society.” And—

Amy Goodman: This is the We are Still In coalition.

Amy Goodman: —by just coming in and stating, basically, “This is a sham.”

Kumi Naidoo: And I want to say something to the UNFCC. The people that did that peaceful protest, they’ve been debadged and thrown out. Right?

Amy Goodman: They have been, yesterday?

Kumi Naidoo: That’s what I understand. I stand to be corrected, if that—anyway, I did a protest; that’s what happened to me, as well, some years ago. But what they did with that panel, this only first panel, is an impeachable offense, really. I mean, it may—they come and present something—

Kumi Naidoo: To do a panel that actually goes against 99.99 percent of those scientific consensus in the world—right?—and to give them a platform to do that, I say to the UNFCCC that, in fact, it is inappropriate, and the U.N. cannot continue to pander to the madness that comes out of the Trump administration. We have to say to them, “If you want to be out, you stay out. Don’t come and poison this negotiations the way that you’re doing.” Those that are aligned to the vision of the Paris accord, limit—you know, imperfect as it is, let us move ahead. Because what they do here is they come, they suck up a lot of oxygen, they hold back negotiations. And let’s be blunt about it. It’s not as if the Obama administration was perfect here. They also held us back. It’s just that, you know—or, certainly, the Trump administration—

Amy Goodman: We have 10 seconds for your final message.

Amy Goodman: We thank you so much, Kumi Naidoo, South African activist, former head of Greenpeace, now chairperson of Africans Rising for Justice, Peace and Dignity.

And that does it for our broadcast here in Bonn, Germany.