Kumi Naidoo: My Last Year As Head of Greenpeace 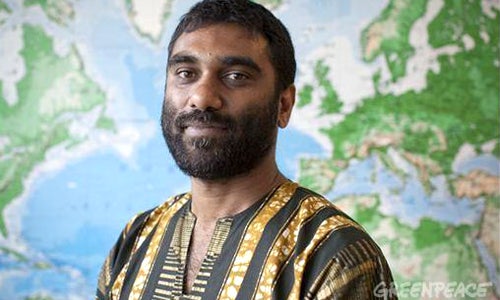 By the end of this year I will be stepping down as the Greenpeace International executive director. The journey is far from over, and I will stay on it with you. I will then take on my most important role with Greenpeace, as a supporter and volunteer. 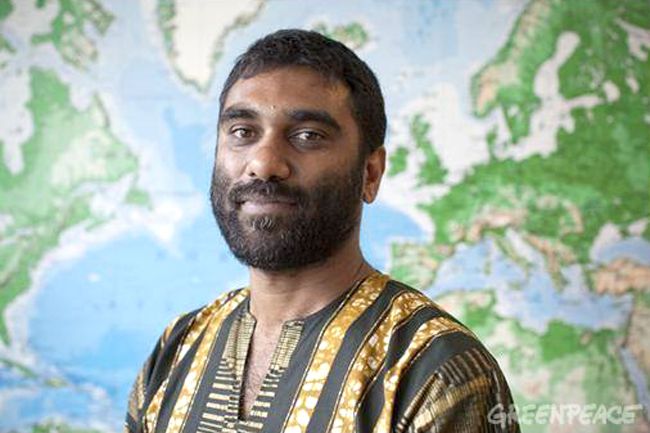 By the end of this year I will be stepping down as the Greenpeace International executive director. The journey is far from over, and I will stay on it with you. Photo credit: Greenpeace

A volunteer on a journey, like those currently aboard the Greenpeace ship Esperanza. Six courageous volunteers, who stand for us all, are making #TheCrossing. Like the tip of an “iceberg” made up of 7 million concerned people, they are following Shell’s giant oil rig, the Polar Pioneer, as it makes its way across the Pacific towards the Alaskan Arctic to undertake dangerous Arctic oil drilling.

Why am I sharing this with you now if I won’t be leaving for nine months? It’s because the Board of Greenpeace International needs to begin the search for its next executive director, and such a search is public and requires extensive consultation. In the coming weeks we will be saying more about it. For the present, we have produced a statement that explains this announcement.

As I say in the statement, this is not a sudden decision for me. It’s not that I could not do more here, at Greenpeace International. I’d be happy to continue to work with, or rather for, all of you. But over the last year I have been feeling a strong pull to return home to South Africa. I have been away for 17 years and it feels that the time to return is upon me.

I watch with despair how the South African government, my government, is rolling out plans to spend as much as a trillion Rand (US$ 85 billion) on an absurd deal with Russia to build some seven nuclear reactors.

So, when Greenpeace International has made the smooth transition to new leadership I will be devoting whatever skills I have acquired over the years to the fight for energy justice in South Africa. I believe this to be one of the biggest challenges facing my country since the ending of apartheid.

This struggle is of course about not only about climate change, it’s also about development and making sure that the roughly one-in-five South Africans without electricity have access to clean power. It is also about democracy. For more than 60 years we have seen that nuclear power and democracy don’t mix.

I want to do what I can to help my country develop based on democratic, 21st century, renewable energy systems. Currently, there is only one nuclear power plant in Africa, at Koeberg, just outside Cape Town. As we said when we hung a banner on it in 2002, during the Earth Summit, it should be the first and last.

It’s a tough call, but for every activist there is a battle we must fight, and this is mine.

Over the last few months I have been discussing with the Greenpeace International board chair, Ana Toni, when the best time would be for me to step down. We have discussed how best to ensure the smooth transition I mentioned. As a result, I have agreed to stay on in my current position until the end of the year, at latest, to allow for a successor to be found and the handover to be completed. I will carry on as normal in helping win as many campaign victories as possible.

Greenpeace has come a long way as an organisation in recent years. We’ve strengthened our links to other groups in civil society and become a strong partner in the broader justice movement. We’re including our volunteers and supporters in strategic decisions, we’ve moved to a more open and “people-powered” approach to campaigning and are more active than ever in the key environmental battlegrounds.

Success or failure in these battlegrounds will decide the fate of our environment and the legacy that we pass on to our children.

I am confident that with the support of so many people we are on the right path to achieve those bigger, and urgently needed campaign victories.

Over the coming months I very much look forward to continuing to work with all of you while the search for my successor gets under way.

They say in any struggle you must lead, follow or get out of the way. In my view, we must all become leaders.

I will continue to follow the development of our fabulous organisation. And, wherever possible, I will join you in getting in the way of the destructive forces that are preventing a just transition to a green and peaceful future.