Will Climate Change Drive the Komodo Dragon to Extinction? 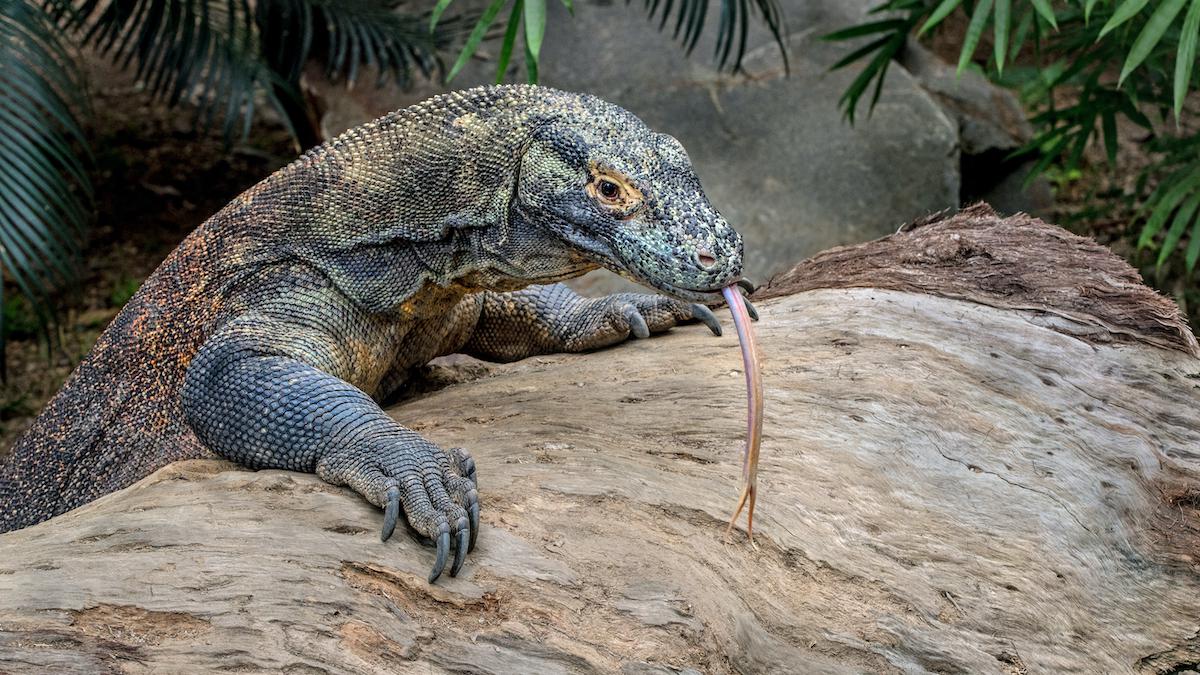 A Komodo dragon uses its long tongue to smell as it explores. David Clode / Unsplash

Komodo dragons seem like the stuff of fairy tales and myths.

The living dragons have can grow up to 10 feet long and have a forked tongue, shark-like teeth, armored scales and venom-laced saliva, The New York Times reported.

Unfortunately, while this living legend still walks among us, that may not be the case for long. The Komodo dragon has recently been moved from vulnerable to endangered on the IUCN red list of threatened species. The move came after a new report underscored how much Komodo habitat will be lost to sea-level rise in the coming years.

“It’s had a genuine change in status, a deterioration,” said Craig Hilton-Taylor, head of the International Union for Conservation of Nature (IUCN) Red List unit, which assesses the conservation risk of 138,000 species and counting, reported The Times. “It’s moving toward extinction.”

The world’s largest lizard is endemic to a few Indonesian islands, including the World Heritage-listed Komodo National Park and neighboring Flores. As such, as its habitat becomes fragmented and overcome by the rising sea, the reptiles have nowhere else to go, The Guardian reported. Komodo dragons are vulnerable because they are unable to retreat to higher ground as the seas rise. 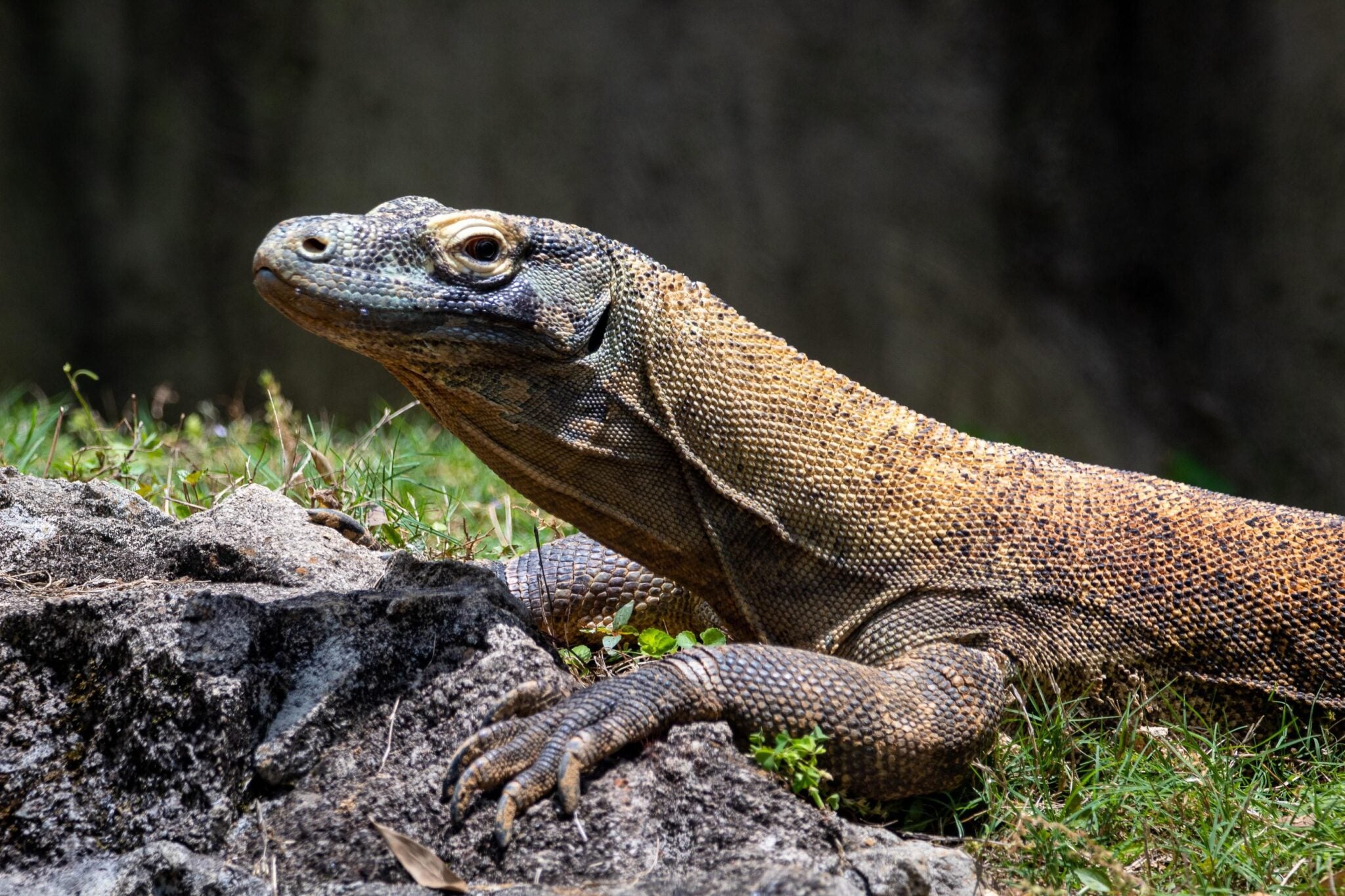 “They’re quite tight, in terms of where they can live,” Gerardo Garcia, a conservation biologist at the Chester Zoo in England and advocate for Komodo dragon protection efforts in Indonesia, told The Times.

According to a new IUCN study, the climate crisis is largely to blame for the reptile’s dim future outlook. Scientists believe that Komodo habitat on the island of Flores in southeastern Indonesia already shrunk by more than 40% between 1970 and 2000. This trend is only set to get worse, the study showed. The IUCN estimated that 30% of Komodo dragon habitat, which usually sits lower than 700 meters above sea level rise, will be inundated in the next 45 years.

According to Extinction Photo, while habitat destruction from development as well as natural disasters is the leading cause of the decline in large lizards, this is followed by loss of large prey such as deer and poaching of the lizards themselves.

The study is the first peer-reviewed paper on how global heating will affect the Komodo dragon. It concluded that “urgent conservation actions are required to avoid risk of extinction.”

In recent years, Komodo habitat has also become “increasingly fragmented” due to human activity, which, as more land is lost to development and rising seas, will make it less genetically varied, less healthy, and more vulnerable to extinction, The Guardian reported.

“Because of human pressure, the forest is slowly being cut down and disappearing, and the savannah is affected by fires and degradation. That is why the animals are really in small little pockets,” Gerardo Garcia, curator of vertebrates and invertebrates at Chester Zoo, told the news report. “Habitats are being made even smaller due to rising sea levels.”

If and when the ancient species goes extinct, it will have a devastating effect on the local ecosystem because the dragon is the apex predator on the islands, said Juliet Hausser of Flores Island’s conservation organization. Furthermore, the ancient species has been around for millions of years and can survive in “extremely harsh conditions,” so this change in status is really telling about what is happening to their habitat, she said.

The IUCN red list status reclassification and update is the first for the lizard in over 20 years and was largely driven by the results of the study. Experts hope the new label will motivate international policymakers and conservation groups to strengthen and expand protections for the dragon and its natural habitats, The Times reported. This is especially important for the population of dragons that live outside of protected areas.

“The idea that these prehistoric animals have moved one step closer to extinction due in part to climate change is terrifying – and a further clarion call for nature to be placed at the heart of all decision making on the eve of the COP26 in Glasgow,” Andrew Terry, the conservation director at the Zoological Society of London, told Discover Wildlife.

Currently, the total adult population of Komodo dragons is estimated to be no more than 1,400 individuals, which are split into eight subpopulations with less than 500 individuals in the largest, Discover Wildlife reported. This is a steep drop from the 5,000 to 8,000 adults estimated about 25 years ago, The Times reported.

“The real concern is what’s going to happen in the future,” Hilton-Taylor told The Times.