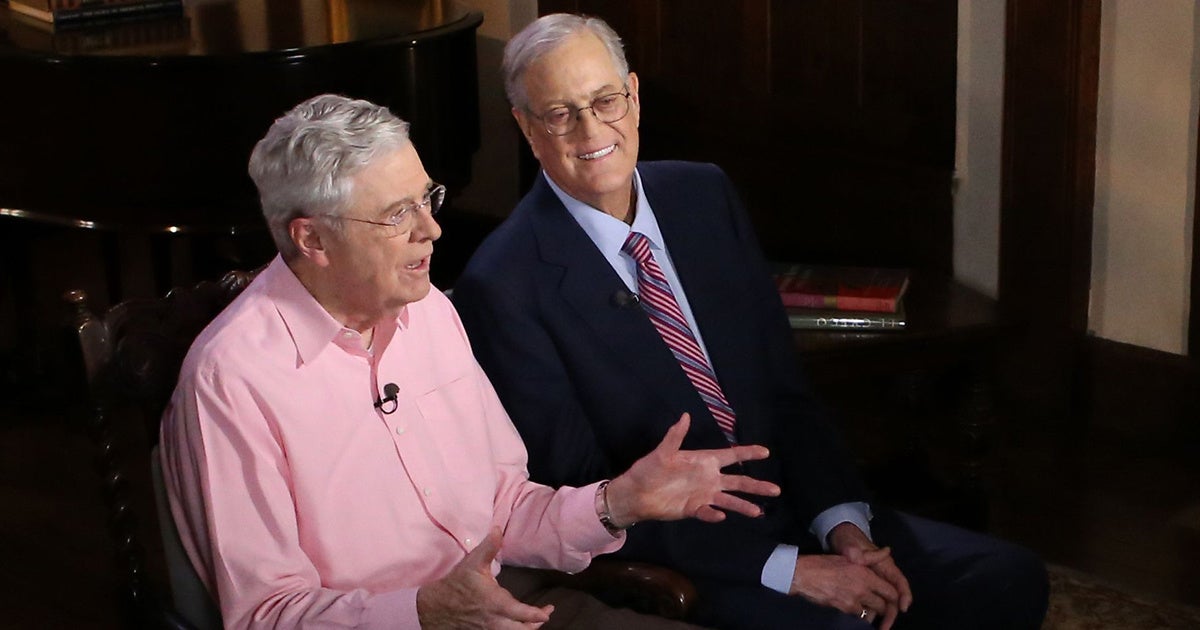 A leaked memorandum published by The Intercept and Documented Investigations shows that a Koch Industries’ donors network, known as the Seminar Network, has taken credit for Donald Trump approving the permits for both the Dakota Access and Keystone XL pipelines during the first months of his presidency.

The memo also applauded efforts by the Koch network’s Americans for Prosperity (AFP) chapter in Wisconsin to pass a deregulatory measure there known as the REINS Act. The Seminar Network, which meets secretly twice a year, is made up of donors who give at least $100,000 toward Koch-led political and philanthropic efforts.

Koch Industries has a business interest in both pipelines, though their approval has not been something its funded network has widely discussed. Quietly, though, Koch has advocated for the pair of pipelines in regulatory hearings in both Iowa for Dakota Access—as previously reported by DeSmog—as well as in Canada, as reported in 2012 by InsideClimate News.

The REINS (Regulations from the Executive in Need of Scrutiny) Act, which GOP officials have been pushing in Congress since Obama’s first term, passed as state law in Wisconsin in 2017. The law, long considered crown jewel legislation by the Koch front group AFP, gives legislative bodies full veto authority over regulations proposed by executive agencies. Conservative groups in Wisconsin already are using the law to sue the top state public education officer.

“State legislatures, particularly in states with a strong Network presence, have also made significant progress toward removing harmful and unnecessary regulations. For example, Wisconsin this year went so far as to enact the nation’s first REINS Act, which will require legislative approval of any issued regulation that has an impact above a certain cost threshold,” reads the Koch Seminar Network document.

The American Legislative Exchange Council, a corporate-funded group of mostly Republican Party state legislators, has a REINS Act model resolution on the books, which supports the federal version of this legislation. In 2017, six states introduced pro-REINS Act resolutions: Kansas, Montana, Missouri, Georgia, Ohio and South Carolina. ALEC—which brings corporate lobbyists and state legislators together at annual meetings for networking, seminars and voting on what it dubs “model policies” —maintains close connections with the Koch network.

It also owns 1-2 million acres’ worth of land (the exact number is contested) in the tar sands for prospective future leasing, according to a 2013 report published by the International Forum on Globalization. Keystone XL, the pipeline owned by TransCanada and approved by Trump and his U.S. Department of State in March 2017, would bring around 500,000 currently-booked barrels per day of tar sands oil from Alberta to Cushing, Oklahoma, where the pipeline connects with TransCanada’s Gulf Coast Pipeline.

Gulf Coast, which was approved by President Barack Obama in a 2012 election season executive order, sends the tar sands bitumen down to Port Arthur, Texas, where the substance is refined into products and then sent to market. 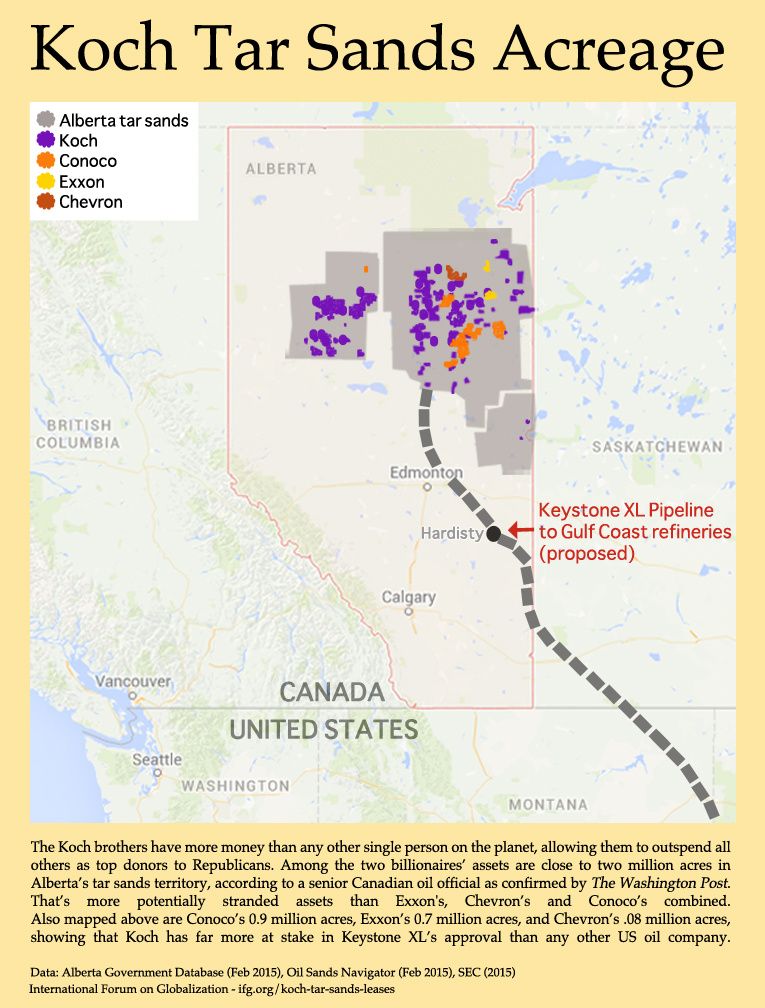 Koch Industries even nearly testified at a 2012 hearing in support of its development of tar sands, before backing out after signing confidentiality agreements with impacted landowners. Much of the tar sands extracted in Alberta is refined at Koch’s refinery in Pine Bend, Minnesota, which is owned by its subsidiary Flint Hills Resources and is the top refiner of tar sands in the U.S. at 223,000 barrels per day, as of 2013.

For Dakota Access, Koch also quietly came out in support of the pipeline via its front group, the 60 Plus Association, which purports to be a conservative alternative to the American Association of Retired Persons for seniors. Through intermediary groups, 60 Plus had received tens of millions of dollars from the Koch network.

Koch Industries has a direct tie to Dakota Access, through a storage terminal part-owned by its subsidiary Flint Resources and located in North Dakota’s Bakken Shale basin. As DeSmog previously reported, this terminal, called the COLT Hub, feeds oil into the Dakota Access pipeline.

Back in 2015 when the pipeline was hotly contested in Iowa, a representative for 60 Plus testified on behalf of Dakota Access in front of the Iowa Utilities Board.

“The Dakota Access Pipeline Project is important to seniors for several reasons. High energy prices are disproportionately impacting America’s low and fixed-income senior citizens today—citizens that often have limited financial resources with which to meet their needs,” the 60 Plus representative testified in September 2015. “By helping the United States to better capitalize upon its growing domestic energy resources—and affordably transport these resources to market—the Dakota Access Pipeline will help to foster stability within energy markets nationwide, and improve the availability of affordable American produced crude oil.”

60 Plus also began lobbying and campaigning on behalf of the Dakota Access as the protest movement grew against the pipeline at the Standing Rock Sioux Reservation in North Dakota. Around the same time those protests began in September 2016, 60 Plus deployed its chairman, Jim Martin, to begin lobbying Congress about Dakota Access. Martin also wrote an opinion piece that month supporting the pipeline for the publication Morning Consult.

“Whether it’s heating or cooling your home or putting gas in your car, the cheaper the energy, the more economically stable your checkbook will be,” wrote Martin. “The 60 Plus Association’s 5.5 million members know this all too well. This is why as an organization that champions free enterprise and who have championed energy issues for seniors before, we strongly support the Dakota Access pipeline.”

In the 2018 election cycle, the Koch network plans to spend up to $400 million to keep the Republican majority in Congress and GOP control over statehouses nationwide.

“We’ve made more progress in the last five years than I had in the last 50,” Charles Koch, one of the infamous petrochemical billionaire Koch brothers, said in January at a private Seminar Network meeting held in Indian Wells, California. “The capabilities we have now can take us to a whole new level.”