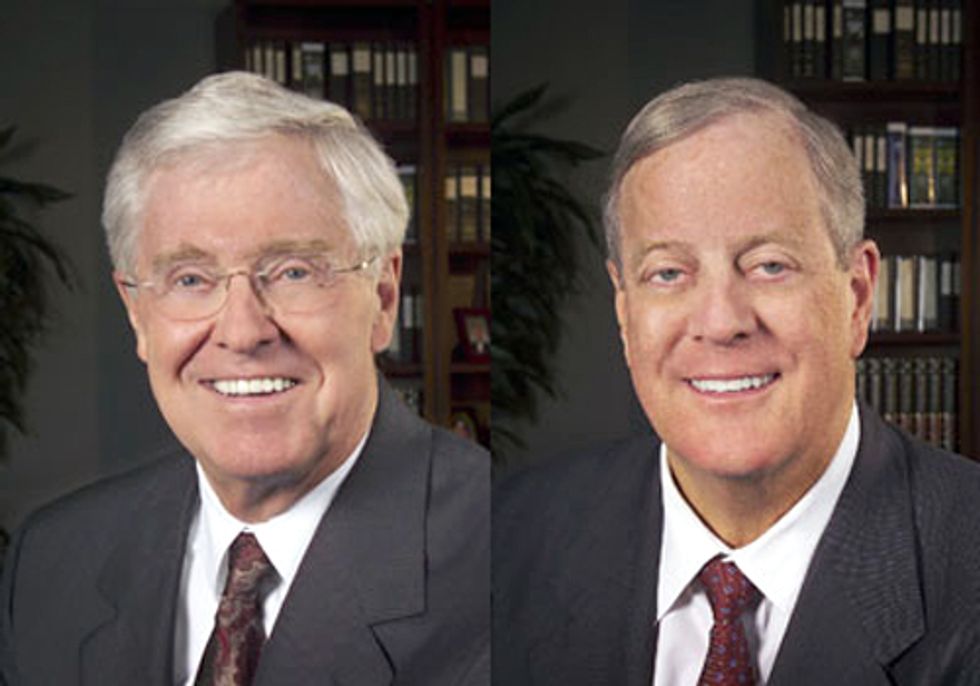 Last week, the god-father of climate science, James Hansen, who directs the NASA Goddard Institute for Space Studies, reiterated his warning about exploiting the tar sands in an op-ed in the New York Times.

His warning was dire: “Canada’s tar sands contain twice the amount of carbon dioxide emitted by global oil use in our entire history," he warned. “If Canada proceeds and we do nothing, it will be game over for the climate … If this sounds apocalyptic, it is."

Thanks to series of great Greenpeace investigations, we have long known about Koch’s funding of climate denial. We also know about their involvement in the tar sands, and both I and Steve have blogged before about this.

But a day after Hansen’s warning, with impeccable timing, Inside Climate News published the results of a long investigation into the secretive Koch brothers and their long involvement in Canada’s tar sands.

Although we already knew about their involvement, what is shocking is the extent of this involvement, which becomes apparent in this new investigation.

The new investigation reveals that “Koch Industries has touched virtually every aspect of the tar sands industry since the company established a toehold in Canada more than 50 years ago.”

At every step of the way the Koch brothers are involved.

The investigation reveals: “It has been involved in mining bitumen, the hydrocarbon resin found in the oil sands; in pipeline systems to collect and transport Canadian crude; in exporting the heavy oils to the U.S.; in refining the sulfurous, low-grade feedstock; and in the subsequent distribution and sale of a variety of finished products, from jet fuel to asphalt. The company has also created or collaborated with other companies that have become leading players in the development of Alberta’s oil resources, and it remains deeply invested in western Canada’s oil patch.”

Just as the brothers are heavily involved in U.S. politics, they are also deeply embedded in Canadian politics too. As I have blogged before, in March last year the company added another lobbyist to its operations. Alberta’s lobbyist registry shows that Koch Industries signed up a Calgary-based lobbyist to lobby the Provincial government on energy and resource development policy issues.

No prizes for guessing what Koch will be lobbying for: unrestricted exploitation of the tar sands, even if this does mean “game over for the climate."