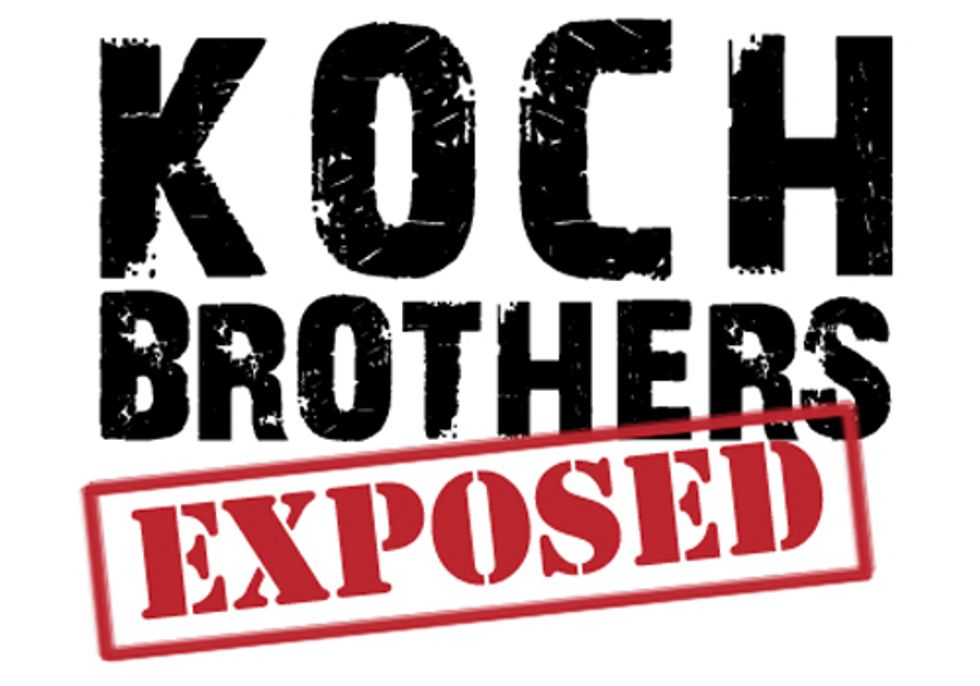 Before the year is out, you will likely be subjected to a misinformation campaign about renewable energy brought to you by the Koch brothers and other large players in the fossil-fuel industry.

The campaign is being spearheaded by a stealthy, Koch-funded lobby group called the American Legislative Exchange Council (ALEC) that drafts and attempts to implement state legislation that serves the interests of its corporate backers. Teaming up with ALEC is the industry-backed Heartland Institute, the folks now probably best known for posting a billboard in Chicago last spring that compared people who accept the reality of global warming with “Unabomber” Ted Kaczynski. These two groups have already begun to foist legislation called the “Electricity Freedom Act” on state legislatures across the nation.

The notion of “electricity freedom” sounds appealing enough. But don’t be fooled. The proposed legislation is a direct attack on states’ efforts to move toward clean, renewable sources of electricity. And it is being sold to legislators and the public with the help of bogus findings from studies funded by—you guessed it—the Koch brothers.

Here’s the background: 29 states and the District of Columbia now have standards on their books that require electric service providers to ramp up the percentage of electricity they generate from renewable energy sources like wind and solar power by a target date. These so-called renewable electricity standards (or sometimes renewable portfolio standards) are working well across the country. They are modernizing our energy grid with clean, cost-effective renewable electricity sources. They are reducing carbon emissions that lead to global warming. And they are helping boost the economy with a significant number of new, green energy jobs.

Who wouldn’t like those results? Well, some coal and oil companies, that’s who, because state renewable electricity standards cut directly into their profits as older coal-fired power plants get phased out to make room for cleaner, greener alternatives.

Enter the fossil-fuel industry-backed ALEC and the Heartland Institute with their aggressive campaign to try to weaken or repeal state renewable electricity standards. The campaign comes with two key components: First, the “Electricity Freedom Act,” proposed legislation for state legislatures that seeks repeal of state renewable electricity standards characterizing them as an unwarranted “tax on consumers of electricity” (which they most certainly are not). Secondly, these groups push the argument, based on thoroughly debunked, Koch-funded “studies,” that renewable energy dramatically drives up consumers’ electricity rates. It doesn’t.

Despite the scare tactics, the evidence already mounting in states around the country tells a very different story.

The pertinent fact here is that, even aside from environmental considerations, aging coal plants are getting increasingly costly to run. Renewables, meanwhile, are becoming significantly cheaper. Solar photovoltaic modules prices are now 75 percent lower than they were in mid-2008 and are projected to fall further. According to a recent Department of Energy study, the wholesale price of wind power was competitive with prices for a range of power prices seen in 2011. As a result, in Illinois, for instance, the growth of wind and other renewable technologies has actually reduced wholesale electricity prices by displacing coal and other energy sources with high operating costs, saving ratepayers an estimated $177 million in 2011 alone.

While some aggressive state renewable electricity standards might incur modest (and almost always explicitly capped) rate increases in the short term, the payoff can be significant over time. Among other reasons, that is because there are no fuel costs for most renewable energy sources, which can help reduce the risk of future price spikes by an overdependence on fossil fuel power plants that are often subject to fuel price volatility. Any serious analysis will show that renewables can offer sizable savings to consumers in the long run.

In fact, when analysts at the Union of Concerned Scientists crunched the numbers in a major 2009 study, they found that a nationwide 25 percent renewable electricity standard that phased in by 2025 would lower annual consumer electricity rates by 4.3 percent by that date, saving ratepayers across the country $64.3 billion on their electricity and natural gas bills.

But serious projections and evidence-based analysis don’t seem to have slowed down this anti-renewable energy campaign. In the last election cycle, bills were introduced in five state legislatures designed to freeze or repeal existing renewable electricity standards. In 14 more states other attempts were made to weaken these standards. So far, the efforts have been largely unsuccessful. Now, however, according to reports in the Washington Post and elsewhere, the Koch-funded campaign is ramping up to aggressively increase its attacks on renewable electricity standards in all the states that have them.

In its efforts so far, the campaign has gone after current or proposed standards in more than a dozen states, including Colorado, Kansas, Michigan, Minnesota and New Jersey, pushing misleading analyses of each from the Beacon Hill Institute at Suffolk University. These analyses, funded in part by the Koch brothers and commissioned by the Koch-funded American Tradition Institute and "free-market" state think tanks associated with the Koch-funded State Policy Network, include skewed data and outdated sources to build a shoddy case of negative impacts.

Jeff Deyette, a senior energy analyst at the Union of Concerned Scientists, closely dissected one of these analyses last fall. Deyette found that the study, addressing a proposed renewable electricity standard in Michigan, made highly questionable assumptions about renewable energy technologies and often cited out-of-date, controversial or unsubstantiated material to support their assertions instead of using real-world cost and performance data from local projects.

As Deyette explains, “It is not surprising, given the poor quality data these analysts used, that they would inaccurately project higher costs for renewables right from the start. But the more troubling part of a campaign like this is to recognize that, unless we’re vigilant, a lot of people might be swayed by this kind of misinformation.”

So, if and when the “Electricity Freedom Act” surfaces in your state, Deyette recommends that you fight back by making sure your elected officials review the real evidence about the environmental and economic success of increasing our use of renewable energy.