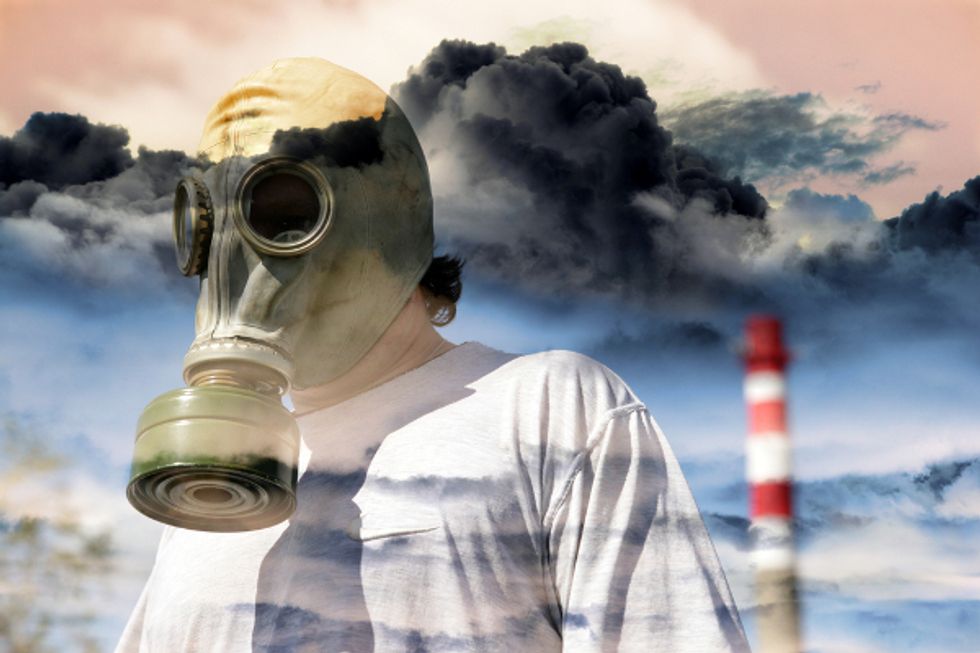 Shamelessly exploiting the report released last week on how the U.S. tortured prisoners during the Iraq war, the American Energy Alliance (AEA), a front group for fossil fuel interests, posted a cartoon on its website that likens the U.S. Environmental Protection Agency (EPA) rules to torture.

The "costliest regulation in history" is a reference to the EPA's ozone reduction rule, which was announced last month. AEA links to the nonprofit Institute for Energy Research (IER) to back up this assertion. IER is AEA's own think tank, dedicated to putting out "research" that backs climate denial and encourages the unlimited use of fossil fuels.

Both groups have links to Charles and David Koch of the fossil-fuel Koch Industries. Although neither group reveals its donors, the Kochs are widely believed to be funders of both.

"Our cartoon is appropriate," said AEA spokesman Christopher Warren, quoted in the National Journal. "I think it highlights the problems and the harmful impacts of EPA regulations. At the end of the day, it is a political cartoon to raise awareness about EPA."