A Koch-Fueled Attack on Electric Buses Picks Up Speed 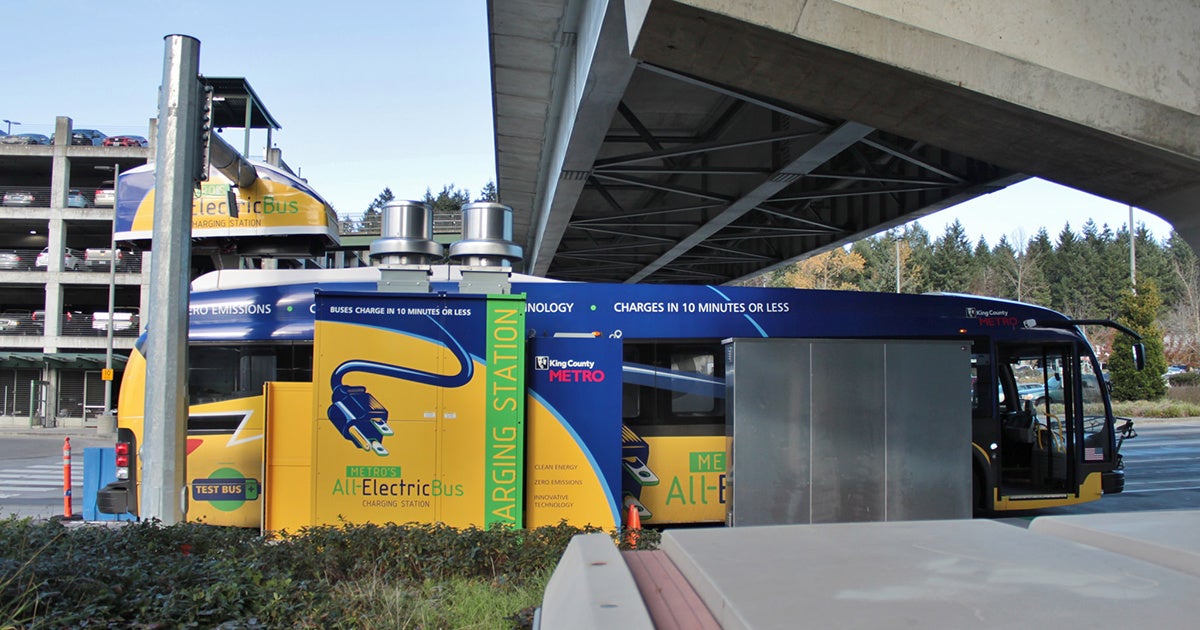 Electric buses are replacing existing diesel-fueled fleets at an accelerating rate, and the transition to battery-powered buses is outpacing even the most optimistic projections. In this light, it should come as little surprise that commentators and organizations with ties to the Koch network and the oil industry are attacking a transportation option that yields fewer fossil fuel profits and cleaner, healthier air for people and planet.

A string of recent commentaries published in the conservative Washington Examiner have relied on a handful of critical reports about the rollout of electric buses in individual municipalities, which the commentators use to portray electric buses, as a class, as uneconomical and unreliable.

Despite these efforts by Koch affiliates and oil industry consultants, the electrification of bus transit is firmly underway. These high tech buses are already being widely deployed throughout China, which, according to Bloomberg New Energy Finance (BNEF), is adding about 9,500 electric buses every five weeks. As China leads the way and North American and European municipalities follow suit, analysts expect this momentum to accelerate and predict 80 percent of the global municipal bus fleet to be electric by 2040.

That is bad news for the oil industry. Bloomberg New Energy Finance forecasts that switching from internal combustion engine transport to electric vehicles will displace 7.3 million barrels of oil a day.

According to Bloomberg, this year electric buses already will lower diesel consumption by 233,000 barrels a day.

Who’s Behind a Series of Drive-by Attacks on Electric Buses in the Washington Examiner?

More recently, the Washington Examiner has run a series of opinion pieces criticizing electric buses. The main arguments are that they are expensive and unreliable, prone to breaking down. These pieces share arguments, and their authors share affiliations, with the Koch brothers and other oil industry funders.

For example, one commentary by Philip Wegmann looks at a new electric bus fleet on Martha’s Vineyard, pointing to the cost of the vehicles and the fact that they experienced technical problems early on. The piece neglects to mention any benefits of these buses to the environment or public health, nor does it reference the fact that the Vineyard Transit Authority’s slow rollout of the buses was expected and that they plan on doubling the size of the electric fleet by next summer.

Wegmann has been closely tied to the Koch network since the beginning of his career. He started his writing career as a fellow of the Koch’s America’s Future Foundation writing program. Wegmann is currently a fellow at the Steamboat Institute, a right-wing think tank affiliated with the Koch-backed State Policy Network. This year, he was awarded the Steamboat Institute’s Tony Blankley fellowship, which came with a $10,000 stipend and a host of other benefits.

Prior to joining the Examiner as a staff writer, Wegmann worked for conservative media outlet The Daily Signal, which is published by the Koch network-funded Heritage Foundation and which also features work by fellow America’s Future Foundation alumnus Michael Bastasch.

Another Examiner piece by Wegmann slams electric buses in Los Angeles. “They don’t run, they are expensive, and they’re Chinese,” Wegmann wrote. LA’s neighbor Santa Monica is also converting its buses to electric, and Wegmann again attacks that move in another commentary. He again played the cost card, and claims, without statistical evidence, that “basically no one” rides the new buses.

Wegmann continues to rail against the electric bus in the Examiner, as recently as last week commenting on Atlanta, Georgia’s purchase of a fleet from the Chinese company Build Your Dreams (BYD). “One expects cities like Albuquerque and Los Angeles to drop millions on the novelty environmental fleets, not a deep red state in the South that traditionally votes Republican and cares more for business than green pipe dreams,” he writes.

Ross Marchand echoes this criticism in another Examiner opinion piece. Marchand is director of policy for the Taxpayers Protection Alliance, which is basically a front group funded in part through Koch-connected channels. Previously Marchand interned for the Texas Public Policy Foundation and the American Legislative Exchange Council (ALEC), both part of the Koch network.

Marchand’s argument is primarily based on expense, but he even claims that electric buses could “prove dirtier than conventional fleet depending on which energy sources America relies on in the future.” He backs that statement with a link to a piece by Jonathan Lesser, president of the consulting firm Continental Economics. Lesser has an antagonistic record towards clean energy policies, and he has “submitted expert testimony and reports on behalf of major utility and fossil fuel interests like Exelon, Occidental, Duke Energy, and FirstEnergy,” according to the Energy and Policy Institute.

Lesser is also frequently contracted by the Manhattan Institute, a think tank that has received millions of dollars in funding from foundations in the Koch donor network.

The claims laid out by electric bus antagonists use limited views and dog whistles of “communism” and “environmental zealotry” to attack the electric vehicles, especially when compared to “cleaner natural gas-burning buses.” The unreliability argument is backed, for instance, by an investigative story in the LA Times from May that looks at problems with range and quality encountered by the Chinese e-bus manufacturing company BYD.

The Times article raises legitimate concerns about the products delivered by BYD, and the company responded with a statement saying that glitches are to be expected with “any groundbreaking technology.” However, the article referred only to BYD buses, and not the electric bus industry as a whole.

“That was an article about a company, but the headline was about a category,” Ryan Popple, CEO of electric bus maker Proterra, told GTM. “I hope that people don’t paint a broad brush over the whole category.” While the BYD buses struggled on hills—a major focus of the LA Times article—competitor Proterra’s electric buses have been tested, for instance, in the mountains around Park City, Utah, to the satisfaction of local municipal transit planners, who ordered six units to serve the local bus routes.

Had he wanted, Wegmann could have looked even closer to find a counterpoint to the problematic BYD buses in Los Angeles. Foothill Transit, which serves 22 cities from downtown LA to the east, first tested Proterra buses in 2010 and is still using them.

So despite the early performance and mechanical issues from at least one manufacturer, as these issues are resolved and technology continues to improve, municipal transit authorities across the U.S. continue to order more of the buses from BYDand other major electric bus manufacturers like Proterra and New Flyer.

Moreover, according to BNEF, the projected decline in battery costs likely make electric buses cost-competitive with diesel at the point of purchase by 2026. By then, the number of electric buses on the road is expected to more than triple and make up nearly half of the worldwide city bus fleets.

There are solid reasons behind this trend. Electric buses are better for public health (reducing local air pollution from burning diesel), better for the climate (increasing efficiency and reducing reliance on fossil fuels), and make economic sense in terms of their full cost of moving passengers, when factoring in maintenance and fuel cost-savings. These various benefits are explained in a May 2018 report from U.S. PIRG and Environment America.

In terms of public health, there is no question that electric is better. Diesel exhaust is classified by the U.S. Environmental Protection Agency (EPA) as a likely carcinogen, and it is internationally recognized as a cancer-causing agent that is also responsible for respiratory and other illnesses. Chicago estimates that its electric buses will result in $55,000 in healthcare savings annually per bus, while a Columbia University analysis for New York City pegs it at $150,000 per bus.

Another obvious benefit of shifting from diesel to electric buses is the reduction of greenhouse gas emissions in the transportation sector. In the U.S. alone, converting transit buses to electric could save over 2 million tons of emissions each year, a clear win for the climate.

Electric buses also have lower operating and maintenance costs. As with other electric vehicles, there is no fuel cost. Chicago Transit Authority estimates it saves $25,000 annually in net fuel costs for each bus.

While the e-bus costs more upfront, the fuel and maintenance cost-savings make up the difference, usually within 10 years.

Improved models and better battery technology are moving toward solving reliability issues, too. The newer electric bus models apparently can travel up to 200 miles or more on a single charge. Proterra makes e-buses designed to go 200 to 350 miles, for example. Electric buses also have fewer parts than diesel buses, which would theoretically require less maintenance.

Electric buses are moving toward the mainstream, despite attacks from oil industry apologists.