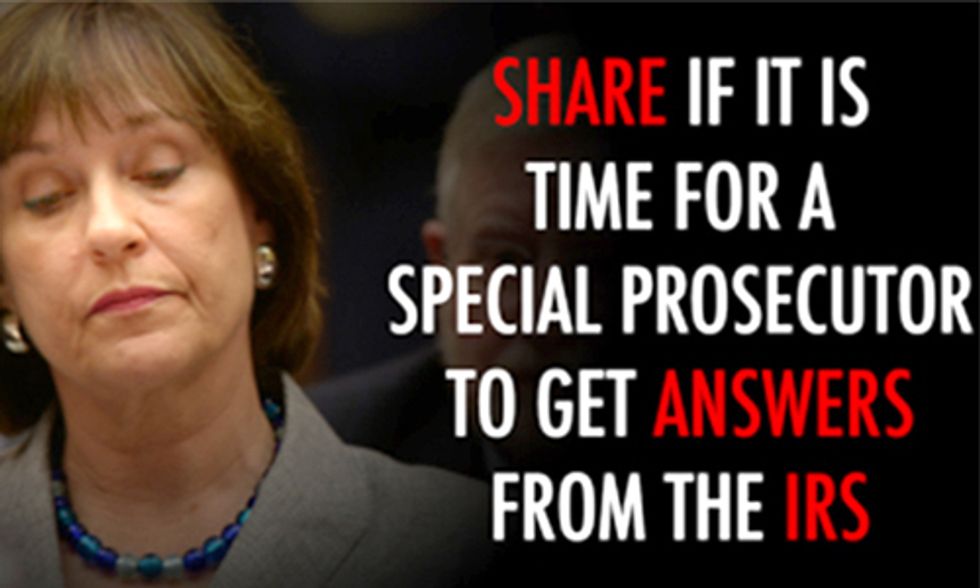 The group, American Commitment, received 87 percent of its $13 million in funding between 2011 and 2013 from three Koch-connected nonprofits: the Freedom Partners Chamber of Commerce, Center to Protect Patient Rights and Free Enterprise America, according to tax filings reviewed by the Center for Public Integrity.

The Freedom Partners Chamber of Commerce—which has been called “the Koch brothers’ secret bank” by Politico—has given $6.4 million to American Commitment, including $140,000 in 2013, according to tax records.

The Center to Protect Patient Rights—headed by Koch-connected political consultant Sean Noble—contributed about $4.8 million to American Commitment in 2012.

Meanwhile, additional tax records show two major trade associations are also among American Commitment’s donors: the Pharmaceutical Research and Manufacturers of America and the National Cable and Telecommunications Association, both of which share policy positions with American Commitment.

As a “social welfare” nonprofit organized under Sec. 501(c)(4) of the tax code, American Commitment is not required to publicly disclose its donors, even though it overtly supports political candidates.

But separate IRS filings show the bulk of American Commitment’s money has come from these nonprofits, which are legally required to disclose grants they provide to other nonprofit organizations.

Together, those four donors—one of which appears to have been the Freedom Partners Chamber of Commerce—accounted for half of American Commitment’s $1 million in income last year, according to records filed with the IRS earlier this week.

Led by Phil Kerpen—a veteran of Americans for Prosperity, the Club for Growth and the Cato Institute—American Commitment has vigorously opposed efforts to force donor disclosure on social welfare nonprofit groups.

It has derided liberal politicians for what it calls “shameful efforts to amend the Constitution to empower politicians to regulate political speech” and “backdoor regulatory efforts to limit the First Amendment at federal agencies.”

Earlier this year, after the IRS unveiled a proposal to regulate politically active nonprofits organized under Sec. 501(c)(4) of the tax code, American Commitment co-wrote a letter to the agency’s commissioner calling for the new rules to be “withdrawn and abandoned.”

According to its website, it’s also helped thousands of people flood the inboxes of their lawmakers with the message: “Don’t let the IRS gut the First Amendment!”

Given its involvement in elections, American Commitment ranks high among social welfare nonprofits that would be affected by any new IRS rules governing so-called dark money—cash from publicly undisclosed donors used to boost or bash political candidates.

Campaign finance reform activists for years have called upon the tax agency to take a more aggressive stance regarding politically active nonprofits, which gained the ability to fund advertisements explicitly calling for the election or defeat of lawmakers in the wake of the US Supreme Court’s Citizens United v. Federal Election Commission decision in 2010.

Groups such as Crossroads GPS on the right, which was co-founded by GOP strategist Karl Rove, and Patriot Majority USA on the left, which is run by allies of Senate Majority Leader Harry Reid (D-NV) have proliferated—all while legally keeping their donors’ names secret.

The IRS—which, earlier this year, postponed a public hearing on its highly contentious plan—has vowed to issue a new draft of proposed regulations for social welfare nonprofits in early 2015.

Industry lobbying groups such as PhRMA and the National Cable and Telecommunications Association (NCTA) have also found an ally in American Commitment.

One of NCTA’s top issues: opposing “Net neutrality” policies that would regulate the Internet like a utility—a move the trade group says would be “disastrous.”

American Commitment’s Kerpen, meanwhile, has argued that “regulating and taxing the Internet is obviously a terrible idea.”

Joy Sims, an NCTA spokeswoman, declined to comment about the group’s donation to American Commitment.

American Commitment further describes itself as “committed to fully repealing” President Barack Obama’s health care law and replacing it in a way that “empowers patients and doctors” and unleashes “American ingenuity and creativity to cure diseases.”

Robert Zirkelbach, a spokesman for PhRMA—which supported the passage of Obama’s Affordable Care Act but has also funneled money to groups like American Commitment that want it scrapped—aid the trade group often gives out money to “organizations that share PhRMA’s goals of improving the quality of patients’ lives” and “supporting the discovery of new treatments and cures.”

Other donors to American Commitment remain unknown—exactly how the group wants them to be.

“We agree with the Warren Court’s landmark 1958 ruling in NAACP v. Alabama that protecting the privacy of our members is critical to their core First Amendment rights of free speech and free association,” Kerpen wrote in an email to the Center for Public Integrity.

In recent years, the American Future Fund has spent tens of millions of dollars advocating against federal lawmakers, including about $81,000 in late 2013 against Rep. Collin Peterson, the ranking Democratic member of the House Agriculture Committee.

Like American Commitment, it has done so without disclosing its funders.