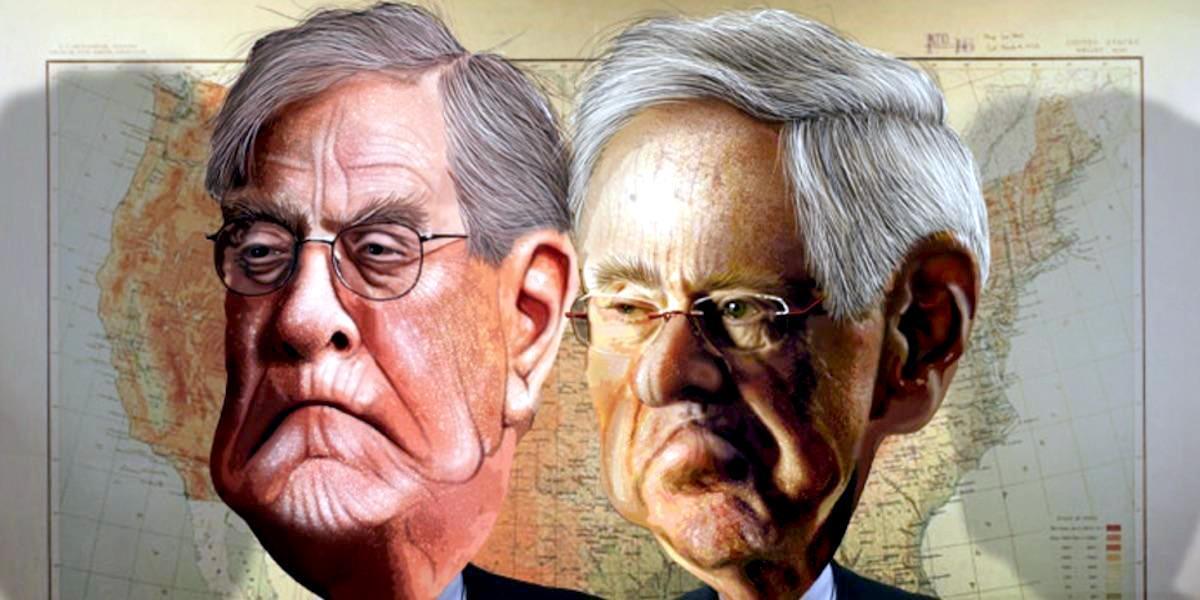 The two-page letter was signed by a number of Republican heavyweights from coal/gas/oil-rich states, including Senate Majority Leader Mitch McConnell of Kentucky, Jim Inhofe of Oklahoma and Ted Cruz of Texas.

The
Guardian calculated that the 22 senators received a total of $10,694,284 from oil, gas and coal money in just five years. (See the breakdown below.)

However, that sum does not even come close to the amount of undisclosed funds coming from the deep pockets of Charles and David Koch‘s coal, oil and gas conglomerate, Koch Industries, and other outside groups.

As the Guardian explains:

“Visible donations to Republicans from those industries exceeded donations to Democrats in the 2016 election cycle by a ratio of 15-to-1,
according to the Center for Responsive Politics. And that does not include so-called dark money passed from oil interests such as Koch industries to general slush funds to re-elect Republicans such as the Senate leadership fund.

“At least $90m in untraceable money has been funneled to Republican candidates from oil, gas and coal interests in the past three election cycles, according to Federal Election Commission disclosures analyzed by the Center for Responsive Politics.”

Jeffrey Sachs, professor of economics and director of the Earth Institute at Columbia University, shared recently his views on Trump’s climate walkout.

In an interview with Bloomberg Surveillance, Sachs referenced the senators’ letter and specifically cast blame on the billionaire oil barons for pulling the strings of Republican party leaders such as McConnell and House Speaker Paul Ryan, who both supported exiting the Paris accord.

“This is the victory paid and carried out for 20 years by two people, David and Charles Koch,” Sachs said. “They have bought and purchased the top of the Republican party. Trump is a tool in this.”

Notably, most of the Republican signatories of the letter do not support the belief that human activity contributes to climate change.

During an appearance on MSNBC, Democratic Sen. Edward J. Markey of Massachusetts explained why he thinks his Republican colleagues do not believe in the science of climate change.

“This Conservative party in the United States is funded by the Koch brothers [and] it’s funded by the coal industry,” Markey said. “[They] insist that Scott Pruitt—the Attorney General of Oklahoma that actually sued the EPA 19 times on clean air, clean water, soot, mercury issues—becomes the head of the EPA in our country.”