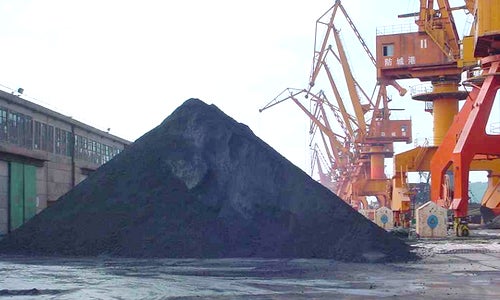 Chicagoans have long desired action against the owners of the piles of petcoke on the Southeast Side, and this week they finally got it.

The U.S. Environmental Protection Agency announced that KCBX Terminals Co. violated the Clean Air Act earlier this year, based on dust-wipe samples taken from homes in the neighborhood adjacent to to the Koch Brothers-controlled facility. Wind has long blown dust from mounts of petroleum coke, coating the sides of homes. It’s the exact reasons residents expressed anger at Mayor Rahm Emanuel and city council earlier this year when he proposed loophole-ridden regulations regarding petcoke storage. 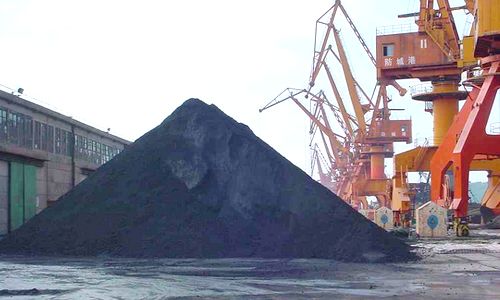 Mounds of petroleum coke have been blowing in the direction of residents in Southeast Chicago. Photo credit: Alibaba.com

“We knew the dust was coming from their sites,” Peggy Salazar, executive director of the Southeast Environmental Task Force, told the Chicago Tribune. “What they’ve been saying just isn’t true.”

A company spokesman told the publication that it would review the EPA notice. The company has increased shipments of petcoke from refineries that have shifted to tar sands oil which led to the samples taken five times between February and May.

However, the company previously argued that it had spent a combined $30 million on storage terminal upgrades, such as large sprinklers that adjustable based on wind speed and direction to pack down dust. Also, KCBX says it hired an environmental consultant to test soil samples on properties near the plant.

Five days before the EPA began its sampling, a company site manager told area residents in a letter that the consultant found “no unusual levels of dust particles associated with petcoke or coal” nearby. However, the residents themselves have the evidence on their homes and have been breathing it in.

“The piles are still here,” Salazar said. “We feel like all of our complaints are for naught.”