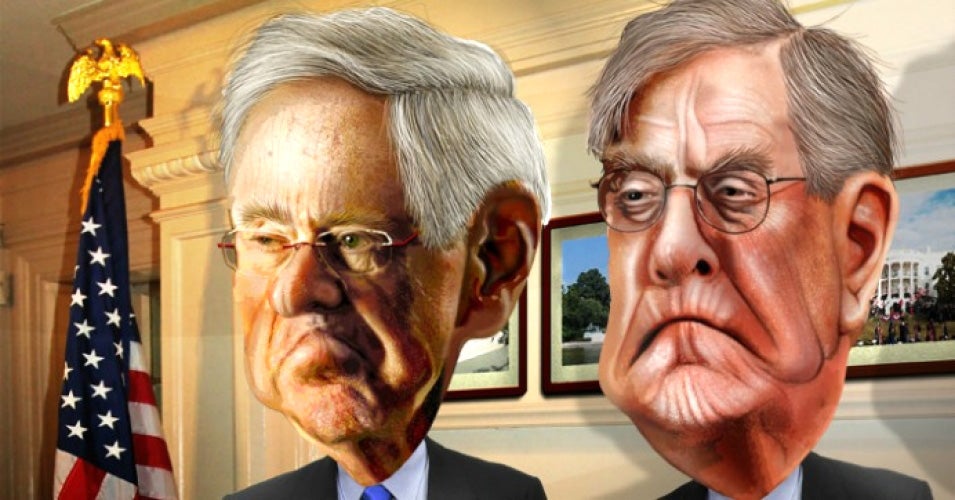 A state ballot measure seeking to end political corruption has won the ire of the billionaire Koch Brothers, who have relied on secret donations to conservative interest groups to influence elections coast to coast. 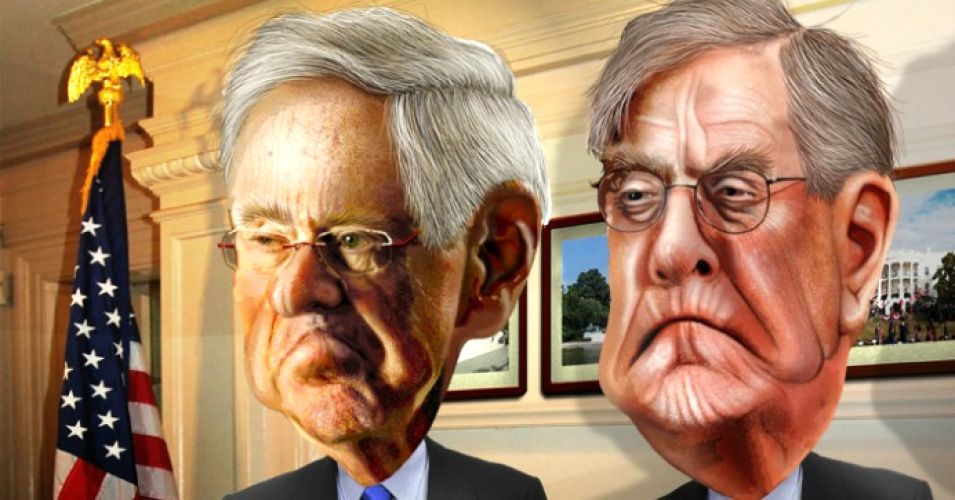 The notorious Charles and David Koch own Koch Industries and are major benefactors for organizations and candidates involved in pushing radical Republican policies.Donkey Hotey / Flickr

South Dakota’s Initiated Measure 22, dubbed the Government Accountability and Anti-Corruption Act, seeks to “ensur[e] that special interest lobbyists and their cronies aren’t buying influence with our elected officials,” according to proponents South Dakotans for Integrity.

Specifically, it calls for public disclosure of donors to campaigns and advocacy groups; lowers contribution amounts and imposes limits on political action committees, political parties and candidates; and it creates an ethics commission to enforce campaign finance and lobby rules. Further, it establishes a publicly funded campaign finance program for state and legislative candidates.

State residents will have the chance to vote on the measure in November and, apparently, the Koch-backed Americans for Prosperity (AFP) is hoping to quash this effort before it gains traction in South Dakota or anywhere else.

SA Today’s Fredreka Schouten reported Wednesday that an AFP-founded coalition, Defeat 22, has launched an aggressive opposition campaign, which “already has run commercials on talk radio and country-music stations, contacted 50,000 voters through phone calls and door-knocking and distributed mailers denouncing the initiative as a money-grab by politicians.”

The Defeat 22 campaign has not yet submitted a campaign finance report, but South Dakotans for Integrity has raised $20,000 from a single group called Represent Us, according to their filing with the South Dakota Secretary of State.

As the Yes on 22 campaign notes, South Dakota scored an F grade (ranking 47 out of 50 states) on the Center for Public Integrity’s 2015 state report. The oil-rich state scored lowest on Political Financing, Lobbying Disclosure and Ethics Enforcement Agencies, among others, which makes it an ideal market for the tar sands giants to peddle their influence.

The Koch brothers have promised to spend $900 million to influence the 2016 election cycle and support Republican candidates who have sold out their political souls to advance the Koch brothers’ radical agenda. But the Koch brothers aren’t satisfied with simply buying government officials. They now want to dictate S.D.’s energy policy. […]

This isn’t the first time the Koch brothers have tried to buy S.D. They’ve used their deep pockets and shadowy organizations to try to upend the state’s open primary process. They’ve tried to dissuade young South Dakotans with bribes to stay out of the state’s health exchanges. They’ve fought attempts to expand Medicaid and used their Republican slaves in the Legislature to undermine labor unions.

The Koch brothers are committed to turning the Mount Rushmore State into a safe haven for their own corporate interests at the expense of all South Dakotans.

And South Dakotans are not alone in this fight against Dark Money. As Schouten reports, the Defeat 22 campaign “marks the latest in a string of battles the Koch network has waged around the country to block efforts to disclose contributors’ identities. Last year, for instance, AFP and more than a dozen other groups opposed a bill in Georgia that would have required advocacy groups active in state politics to disclose the sources of their money. The measure died.”

The Return of a Relative: Tribal Communities in the Northern Great Plains Rally Around Bison Restoration