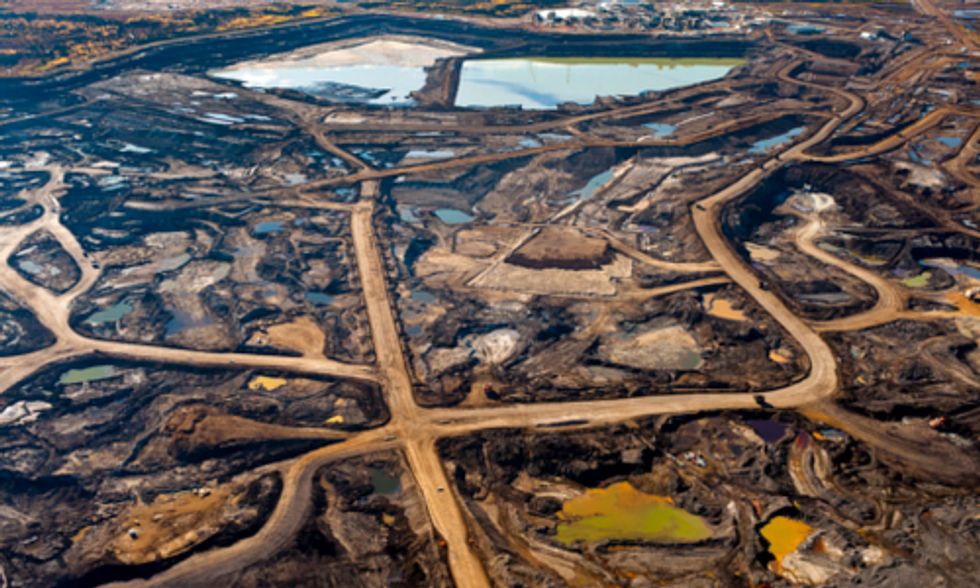 The largest lease holder in Canada's oil sands is a subsidiary of Koch Industries, the conglomerate that is the source of the fortune owned by the controversial conservative political donors, Charles and David Koch.

The Koch's holdings in the tar sands were disclosed by Koch Cash, an activist group that analyzed mineral records of the Alberta government. The Koch subsidiary holds leases on at least 1.1 million acres in the northern Alberta oil sands, which span roughly 35 million acres; other industry experts estimate the total Koch holdings could be closer to 2 million acres.

That puts Koch Industries ahead of energy heavyweights Royal Dutch Shell and Conoco Phillips, both of which lease significant acreage in the oil sands.

The findings are likely to inflame the debate surrounding the proposed Keystone XL pipeline—which would transport tar sands oil to refineries in Texas—although the Koch's company has not reserved space in the pipeline.

Activists argue that the Kochs do have a stake in the outcome of the Keystone XL battle because the pipeline would drive down crude oil transportation costs, benefiting all oil sands lease holders.