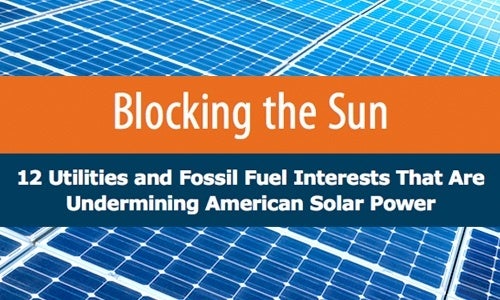 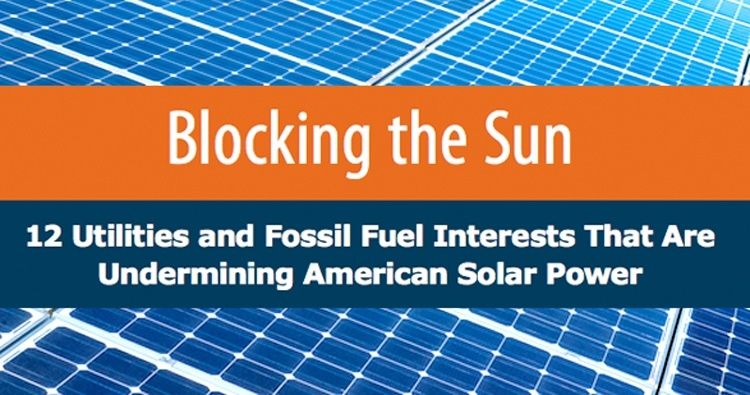 While American solar power has increased four-fold since 2010, state by state, utilities and powerful industry front groups have begun chipping away at key policies that helped spur this solar boom, according to the analysis, “Blocking the Sun: 12 Utilities and Fossil Fuel Interests That Are Undermining American Solar Power.”

“Fossil-fuel interests and their allies have been using the same playbook to undermine solar power across the country,” said Bret Fanshaw, the solar program coordinator for Environment America. “And they’ve largely been operating in the shadows.” 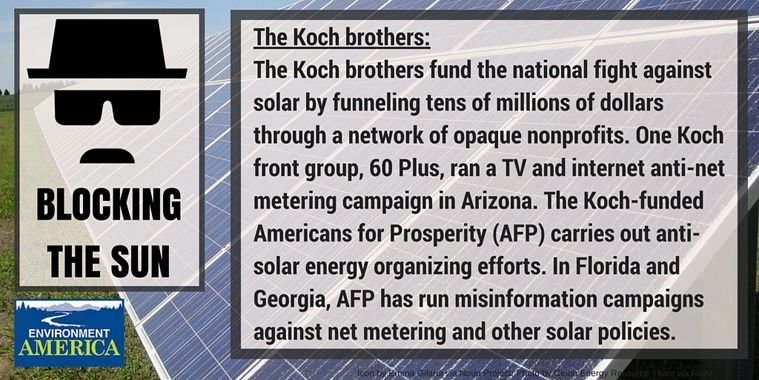 “We found that most attacks on solar energy happen behind closed doors in utility agencies or in dense regulatory filings—away from public view,” said Gideon Weissman of the Frontier Group and co-author of the report. “That’s probably because they’re aimed at very popular policies that give regular consumers the chance to go solar.”

Charles and David Koch have an enormous financial stake in the fossil fuel industry through their company Koch Industries and its many subsidiaries. Koch Industries alone operates around 4,000 miles of pipeline, along with oil refineries in Alaska, Minnesota and Texas.