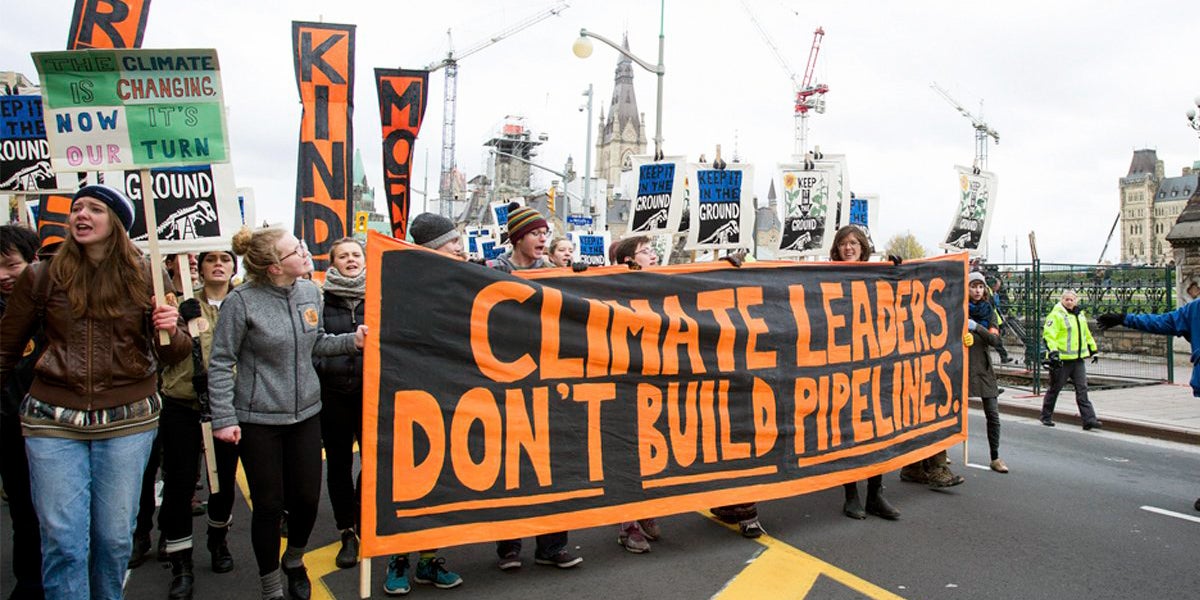 In the end, Canadian Prime Minister, Justin Trudeau, for all his suave talk of being a new progressive politician, who would era in a new type of politics, turned out disappointingly to be like all the rest. His suit is cut from the same old cloth.

And like a classic politician he spoke in Orwellian terms of fighting climate change, and promising clean air, water and wilderness whilst approving Kinder Morgan’s Trans Mountain pipeline that we know will exacerbate climate change, will impact air quality and lead to a massive increase in tanker traffic that will harm wildlife. 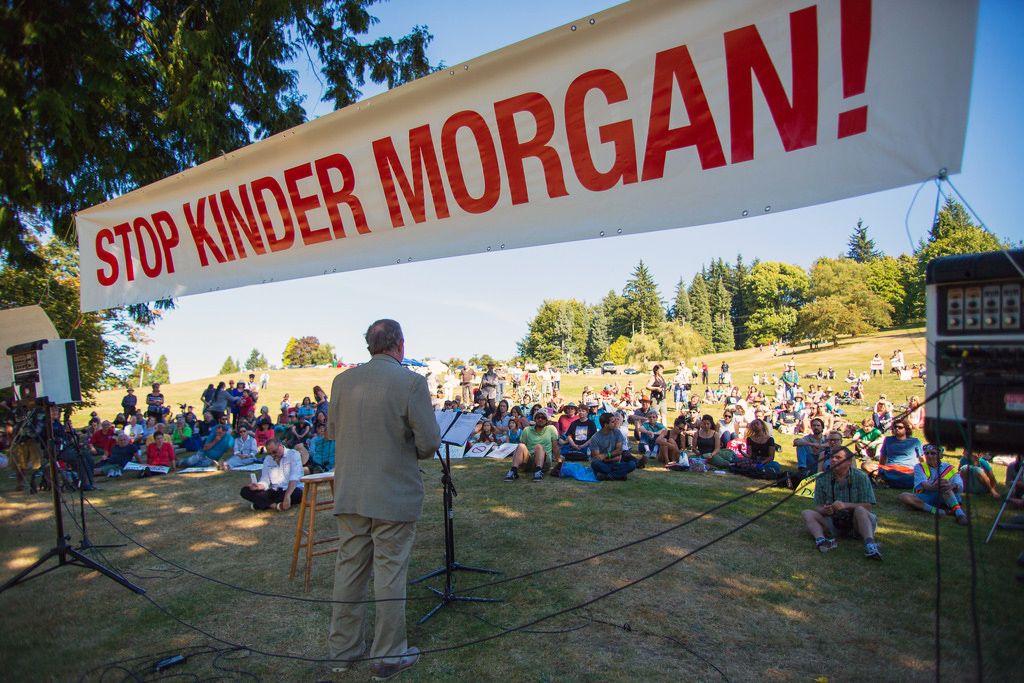 Contorting the definition of words, he said that Canada was still a “climate leader” and added: “Canadians value clean air and water, beautiful coasts and wilderness and refuse to accept that they must be compromised to create growth. We agree.”

In fact Trudeau even went as far as to say that Kinder Morgan was an “integral part of our plan to uphold the Paris agreement to reduce emissions while creating jobs and protecting the environment.”

If this was not so serious it would be laughable that a politician of his stature is trying to argue that a pipeline that will transport 890,000 barrels of oil a day of dirty tar sands crude can somehow be integral to saving the climate.

By his own admission, by approving Kinder Morgan he wants to expand the tar sands: “We know there will be an increase in the production in oil sands in coming years,” Trudeau said.

No doubt Trudeau will try and argue that by also cancelling the ultra contentious Northern Gateway pipeline he has made hard decisions that benefit both the environment and the economy. But that is a lie.

A recent analysis by Oil Change International revealed that we can never build another pipeline or carry on burning tar sands oil if we are going to try and keep global warming to acceptable levels.

And let us not forget that Trudeau approved not just one pipeline but two yesterday, including an application to increase capacity of the Enbridge Line 3 pipeline, which ships tar sands from Alberta to the U.S. midwest, from 390,000 to 915,000 barrels per day.

According to a colleague from Oil Change International, Adam Scott, “If built, these projects would facilitate huge growth in the tar sands, increasing total greenhouse gas pollution by as much as 277 million tons of CO2 every year—equivalent to the pollution from 58 million cars on the road.”

This is at the same time that Canada has pledged to reduce emissions by 30 percent below 2005 levels by 2030.

Nor is this just a pipeline that will impact the climate: It will result in a seven-fold increase in tanker traffic in the Salish Sea and Puget Sound, home to killer whales and Orcas. According to a review by the Canadian National Energy Board, the local Orca pod will be “adversely affected” by the huge increase in tanker traffic. Some scientists believe that population may well become extinct.

But Trudeau might be over optimistic when he predicts that the Kinder Morgan pipeline “will get built.” There are already seven legal challenges against the pipeline. Some 60 First Nation groups are also opposed.

And environmental groups have warned of a long fight ahead: Sierra Club BC’s Caitlyn Vernon says simply: “The Kinder Morgan pipeline will not be built. Not on our watch.”

These are sentiments backed up by Karen Mahon is Canadian national director of Stand Earth, formerly Forest Ethics: “There will be mass protests” she wrote in an editorial in the Vancouver Sun. “There will be lawsuits. This will become a hotly contested issue in the coming BC election. And this pipeline will never be built.”

And Hudema could be right. The protests at Standing Rock have transformed the fight over pipelines in North America. A new, energized pipeline movement has been born. And the fight will soon be over Kinder Morgan.