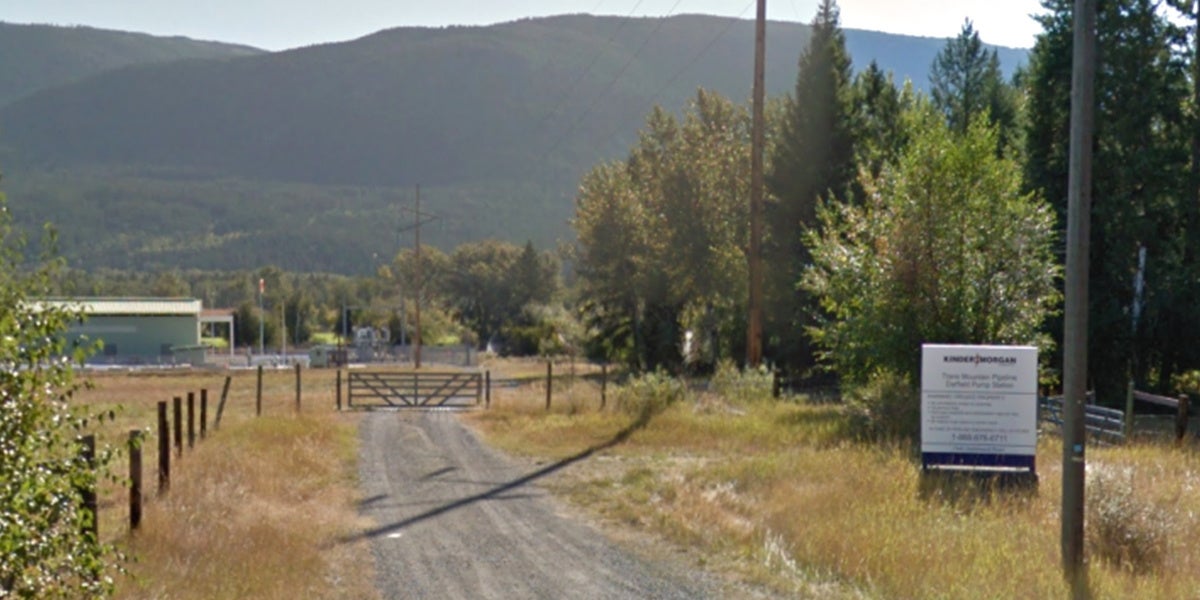 On Saturday, with its bailout from the Canadian taxpayer confirmed by Trudeau, Kinder Morgan declared after an investigation that, actually, 4,800 liters of crude oil had leaked during the May 27 spill—48 times more crude than first reported.

While the Ministry of Environment said no waterways were affected by the leak, environmentalists and Canadian members of parliament highlighted the leak as a telling example of the dangers pipelines pose to people and the environment and continued denouncing Trudeau’s buyout.

Kinder Morgan initially reported that 100 litres was spilled – but it was actually 4800 litres. With accuracy like that, we should all be very, very worried. Spill at Kinder Morgan station near Kamloops, B.C. was larger than first stated by province https://t.co/ASDsdwcfnM

When this Kinder Morgan spill first happened I posted it and a flood of angry messages poured in telling me what an example of “excellent engineering” this pipeline was. Turns out the spill was 4,800 L. KM spilled, got that wrong. Then we bought it. https://t.co/kDBgw6sv3e

Remember that 100 litre spill on the existing Kinder Morgan Trans Mountain pipeline days before Trudeau announced plans to buy the pipeline and its expansion project? Turns out spill was 4,800 litres. #StopKM https://t.co/dvlhCsIbtw

Since its inception, Kinder Morgan’s Trans Mountain expansion project has faced fierce and widespread grassroots opposition across Canada as well as legal challenges that have brought the projection’s completion into question.

As Common Dreams reported, Trudeau announced late last month that his government would buy the Trans Mountain pipeline for $4.5 billion, a move environmentalists and Indigenous leaders denounced as an act of “immense moral cowardice” that betrayed the prime minister’s rhetorical commitments to bold climate action.

Trudeau’s decision has since sparked opposition rallies nationwide, with green groups arguing that the billions of taxpayer money being used to rescue a leak-prone, “climate-destroying” pipeline should be spent on healthcare, education, and a just transition to a sustainable energy system.

“This could cost $15 to $20 billion all told,” Andrea Harden-Donahue, energy and climate justice campaigner at Council of Canadians, said at a demonstration outside of the Ottawa office of Liberal MP Catherine McKenna last week. “That is money that could solve the drinking water crisis in Canada on First Nations reserves. That is money that could halve tuition fees across the country. Think about the affordable housing that we could achieve with that money … That is where this money should be going.”

"This is truly a best-in-class pipeline and we look forward to many years of safe, reliable, and efficient operation on behalf of our customers." — Russ Girling, TransCanada president and CEO, said at the line opening.https://t.co/tFobp9KhlS #pipelines #transcanada