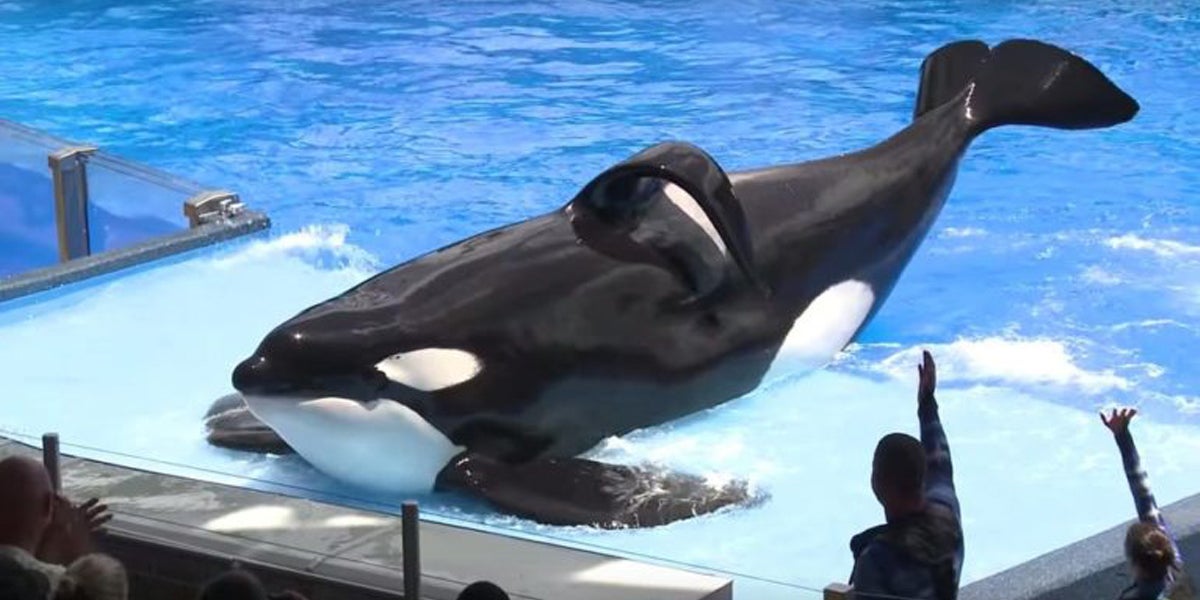 According to a new report by SeaWorld, Tilikum—the infamous killer whale involved in the deaths of three people—died today. The well-known orca, thought to be about 35-years-old, was the focus of the 2013 documentary “Blackfish,” which criticizes the marine park for keeping killer whales and other aquatic wildlife in conditions deemed to be less-than-ideal.

“Tilikum passed away early this morning, January 6, surrounded by the trainers, care staff and veterinarians that provided him around-the-clock world-class care.”

Tilikum was the most prolific male orca at SeaWorld, according to BBC News, as he sired 14 calves. The orca remained a part of the “SeaWorld family” despite the fact that he was responsible for trainer Dawn Brancheau’s death after he dragged her underwater by the hair and repeatedly struck her. The orca has also been credited with two other deaths, which were detailed in the Blackfish documentary.

“While today is a difficult day for the SeaWorld family, it’s important to remember that Tilikum lived a long and enriching life while at SeaWorld,” the statement reads. “Tilikum’s life will always be inextricably connected with the loss of our dear friend and colleague, Dawn Brancheau. While we all experienced profound sadness about that loss, we continued to offer Tilikum the best care possible.”

Some are disputing the marine park’s claim that Tilikum led a “long and enriching life.” CEO of the Humane Society of the United States, Wayne Pacelle, for example, claims that the killer whale was “caught up for decades in the old business model of captive orcas on display,” and that his aggression was an effect of living in inhumane conditions. Pacelle did, however, express hope that “the era of keeping these great animals in captivity will actually end.“

Animal rights activist organization People for the Ethical Treatment of Animals (PETA), as well, had a less than optimistic response to the news. Activists stated that Tilikum died “after three decades of misery.” On social media, the group wrote:

“It’s no wonder Tilikum succumbed to mental illness under such conditions, and then finally, to incurable physical illness.”

After Brauncheu’s death, new rules were implemented to protect the employees and prevent future deaths. However, because Blackfish argued that life in tanks makes orcas more aggressive toward humans and each other, activists demanded more. In 2016, SeaWorld Entertainment officials announced that the tourist attraction would end its breeding program and theatrical shows involving the orcas. To this day, the marine park is still working to improve the company’s share price, as well as attendance at shows.