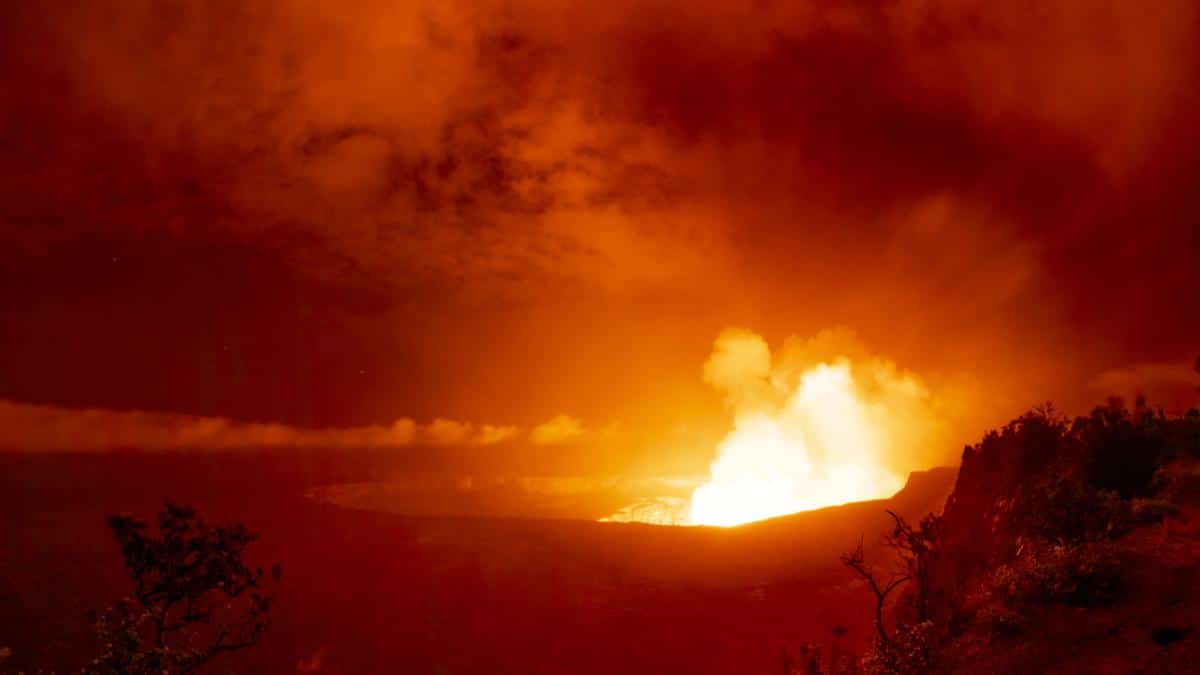 Kilauea, a large volcano on the Island of Hawai’i (or Big Island) and one of the most active in the world, erupted Sunday night following a series of earthquakes, CNN reported.

The eruption sent lava shooting into the air, along with a huge cloud of ash and steam. Hawaiian officials urged residents to stay indoors shortly after the eruption.

“Trade winds will push any embedded ash toward the Southwest. Fallout is likely in the Kau District in Wood Valley, Pahala, Naalehu and Ocean View. Stay indoors,” an official from Civil Defense Agency tweeted, according to CNN.

However, the lava posed little risk to residents due to the eruption’s location on Halemaumau within Hawaii Volcanoes National Park, the AP reported.

The Hawaiian Volcano Observatory, (HVO) which monitors activity at Kilauea and its sister volcano Mauna Kea, issued a red aviation code alert after the initial eruption, but has since lowered it to an orange alert, meaning another significant eruption may still be possible.

The U.S. Geological Survey (USGS) also reported a 4.4 magnitude earthquake that struck about an hour after the initial eruption. The USGS received more than 500 reports from people who felt the earthquake, but no major damage has been reported, according to the AP.

Kilauea last erupted in May 2018. That event involved a period of earthquakes and eruptions lasting for four months, creating lava flows that destroyed more than 700 homes, the AP reported.

The 2018 activity also caused Halemaumau’s longtime lava lake to drain, according to the AP. In 2019, a new body of water was discovered in Kilauea’s crater, leading to speculation about future eruptions, the New York Times found.

Jessica Ferracane, a Hawaii Volcanoes National Park spokeswoman, told the AP that curious park spectators should take precautions. “There are high amounts of hazardous sulfur dioxide gas and particulates and those are billowing out of the crater right now and those present a danger to everyone, especially people with heart or respiratory problems, infants, young children and pregnant women.”

Despite 67 confirmed eruptions around the world in 2020, experts at the Smithsonian’s Global Volcanism Program say this number is normal.

HVO confirmed that Kilauea summit eruptions can last more than a decade, based on 200 years of tracking.