Low-Carbon Meals: A Triple Win for One of California’s Largest School Districts 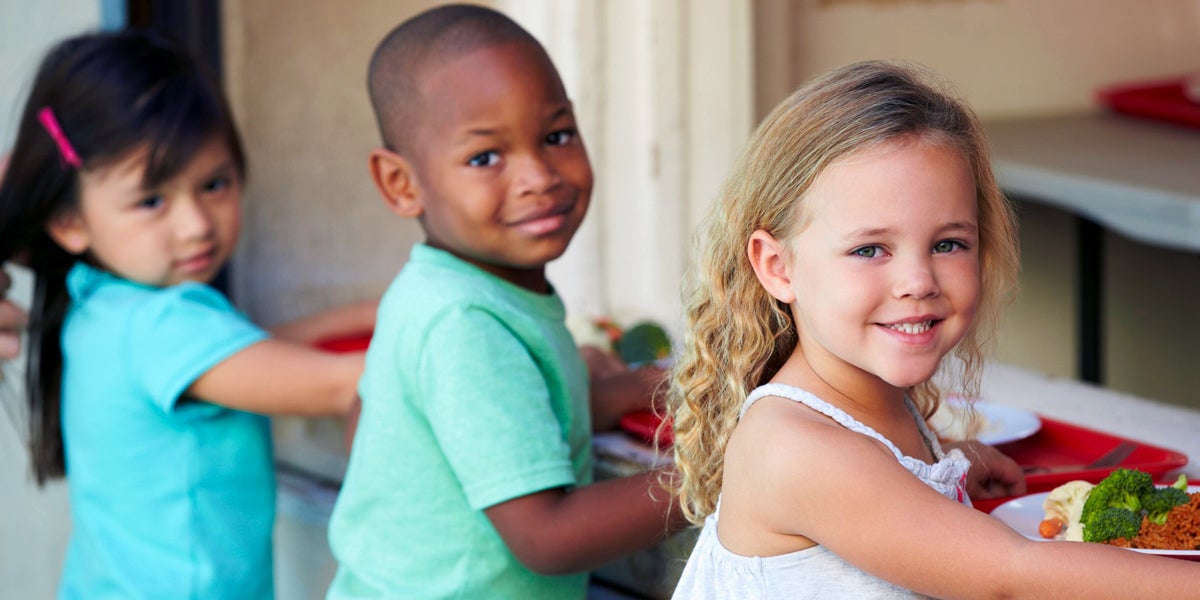 What do meat-centric, cheesy-rich school lunches and climate change have in common? Both pose risks for our kids’ health and our planet’s future. In short, too much meat and dairy in our diets contributes to both chronic health problems and climate change.

Research shows that we cannot avoid the worst impacts of climate change unless we dramatically scale back our consumption of animal foods. That’s because producing meat and cheese generates large amounts of greenhouse gas emissions and guzzles huge amounts of water.

What if we could improve our kids’ school lunches and reduce our impact on the climate at the same time?

One of California’s largest school districts is doing just that, showing how we can reduce our impact on climate change and save money by serving less—and better—meat and dairy products. By trimming back the meat and cheese in kids’ lunches and serving more plant-based nutritious meals, the Oakland Unified School District significantly reduced its carbon and water footprint, according to a new study by Friends of the Earth.

Over the past two years, Oakland’s K-12 school food service cut their meals’ carbon footprint by 14 percent and reduced its water use by 6 percent. Meanwhile, the district saved $42,000 by cutting costs per meal by one percent, enabling it to purchase better quality and more sustainable meat from organic, grass-fed retired dairy cows.

Consider one popular lunch food: a beef hot dog. Friends of the Earth’s analysis found that one hot dog generates seven times the carbon footprint of a tofu-veggie rice stir-fry and more than three times that of a veggie bean tostada. 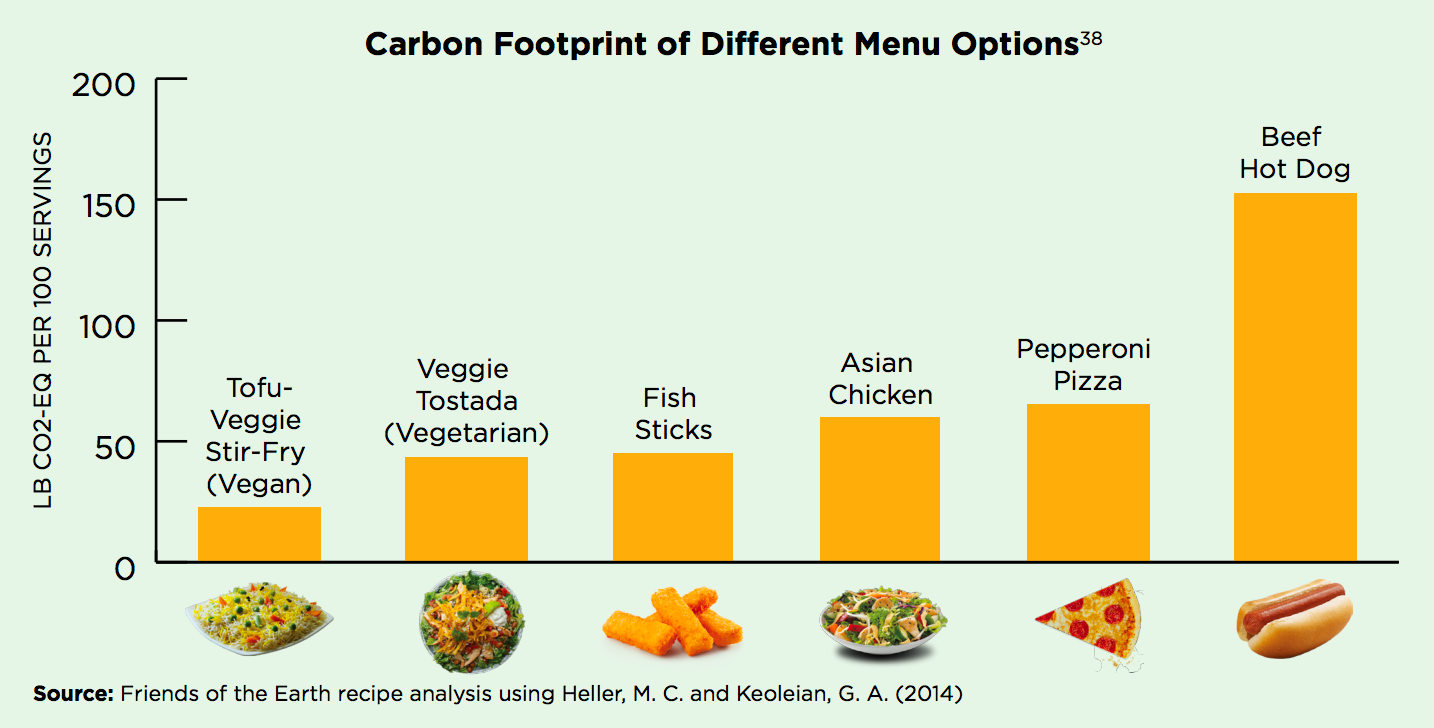 With such remarkable progress from just one school district over two years, imagine if all food-serving outlets served more plant-based foods and more sustainable, less resource-intensive animal foods. This would greatly benefit our climate future, help everyone eat healthier and reduce the risk of costly, diet related diseases associated with meat-centric diets. Currently, Americans eat 50 percent more meat than is recommended by U.S. Dietary Guidelines, while only 20 percent of us get the suggested amounts of fruits and vegetables. 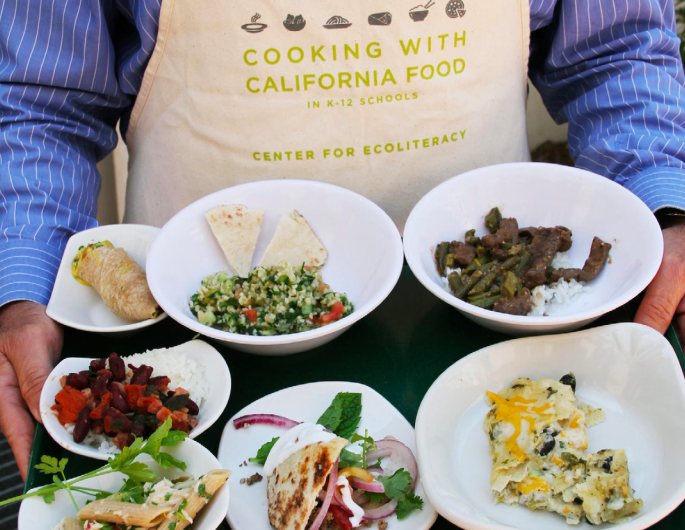 Beyond schools, food service institutions in hospitals, prisons and elsewhere are saving money and improving health with plant-focused menus. A pilot program in four hospitals in the San Francisco Bay Area (Health Care Without Harm’s Balanced Menus: Less Meat Better Meat) saved the equivalent of $400,000 a year during its trial period. The Maricopa County Jail saved an estimated $817,000 in one year by switching from meat to plant-based foods.

Despite the growing trend towards serving more plant-based meals, the strategy of shifting institutional food purchasing to aid climate mitigation has rarely been tapped or quantified. We hope this report inspires more public institutions to track their animal foods purchases and serve less and better meat and more plant-based foods as a cost-effective way to achieve environmental and public health goals. We also hope policymakers will begin to consider meat reduction as a key climate mitigation strategy.

The vital role of meat reduction in mitigating climate change is well-documented in numerous peer-reviewed articles and two recent studies by the World Resources Institute and Chatham House. A 2014 climate mitigation report by the UN Intergovernmental Panel on Climate Change found that “the potential to reduce GHG emissions through reduction in consumption of meat … (is) substantially higher than that of (any other agricultural) technical mitigation measures.” The 2015 Dietary Guidelines Scientific Report reiterated the environmental benefits of less meat consumption.

According to a 2016 Menus of Change report from the Culinary Institute and Harvard’s School of Public Health, a diet emphasizing plant foods “is the single most important contribution the foodservice industry can make toward environmental sustainability.”

Reducing demand for resource-intensive animal foods is a relatively simple, cost neutral or even cost-saving strategy. Because animal foods production is a major part of greenhouse gas emissions, other climate mitigation measures will ultimately be ineffective if we don’t dramatically reduce meat and dairy consumption. That’s because the increased emissions from rising meat consumption trends would quickly wipe out the climate benefits from other mitigation strategies.

At a time when people are hungry for positive solutions, the Oakland school lunch story provides an inspiring model for a growing movement across California and the nation. The evidence shows we can improve our kids’ health, save money and help the environment, all while increasing student satisfaction and meeting federal school meal requirements. This is a rare triple win that all parents can embrace.

Kari Hamerschlag is deputy director for food and technology at Friends of the Earth and Christopher D. Cook is the author of Diet for a Dead Planet: Big Business and the Coming Food Crisis.