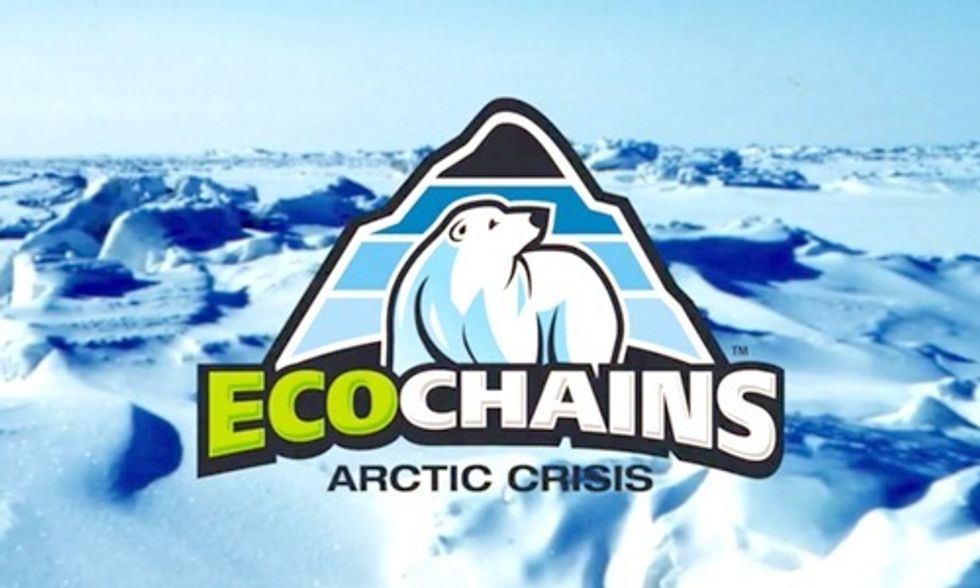 Players connect species cards to build food chains. Events occur that can disrupt or destroy food webs, such as through the melting of sea ice. But players can protect species in their food web by playing action cards, like ”Protect a Species” or "Alternative energy," which support resiliency for a diverse ecosystem.

We have played the game with hundreds of people—and it works with families, schools (it is aligned with Next Generation Science Standards) and game night with friends.

“I was amazed by how interconnected the entire system of Arctic species are, and realized how much would be affected by just a few minor changes.”

“I certainly felt an adrenaline rush as I kept the possibility of a major disaster impacting my web at the forefront of my mind to strategize the best possible food web combination.”

EcoChains: Arctic Crisis is a project of the PoLAR Partnership. As part of its mission to advance innovative approaches to climate change education, the PoLAR Partnership conducted an experimental study on the learning benefits of EcoChains. Research that we’ll be presenting at the American Geophysical Union annual meeting in December shows that new information is “stickier” when gained through game play than through traditional approaches.

Players try out a round of EcoChains: Arctic Crisis, a strategy game that focuses on the effects of climate change on the ecology of the High Arctic.

At EcoChainsGame.com, you can learn more about this great project and even contribute to its early development now through Oct. 30. Through our Kickstarter campaign, we’re raising support for a larger print run that will decrease production costs and therefore make the game more accessible to wider audience, including schools and teachers. All Kickstarter proceeds go towards production and development. Early supporters will be among the first to receive a copy of this innovative new educational resource.

Stephanie Pfirman is the Hirschorn professor and co-chair of the Environmental Science department at Barnard College, a member of the Columbia Earth Institute faculty, and an adjunct senior research scientist at the Lamont-Doherty Earth Observatory. She leads the Polar Learning and Responding to Climate Change Education Partnership.