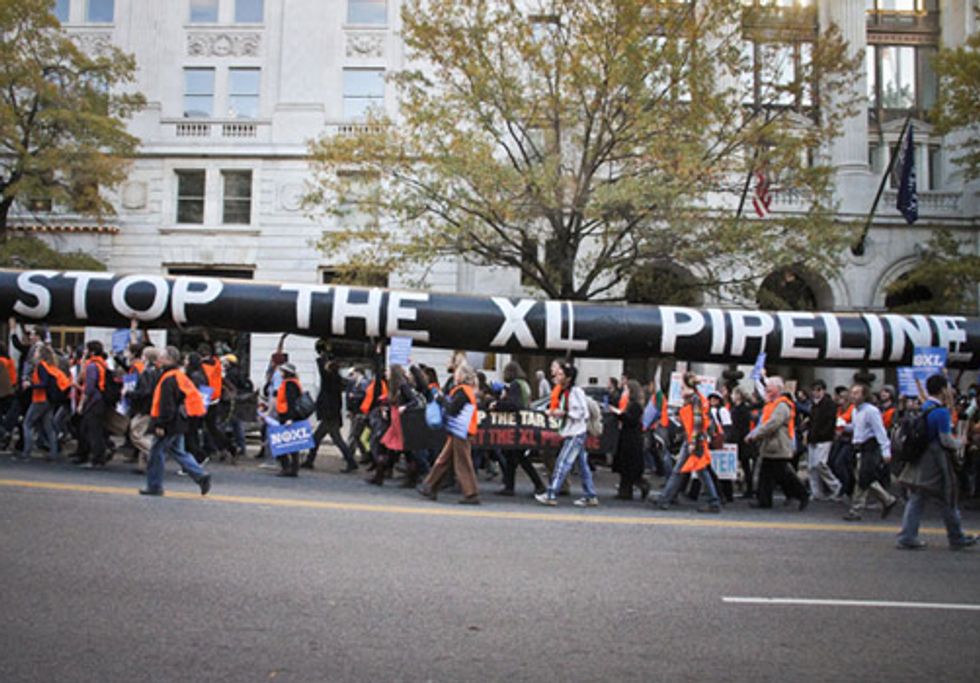 These days, it’s easier to kill pipelines than “conventional wisdom.”

In a news analysis published on Dec. 23, the New York Times concludes that while the tax bill provision on Keystone XL will likely kill the project, the victory will do little to stop future pipelines, stall tar sands development or slow down global warming. After all, the world needs energy, the tar sands have it, and therefore, they’re going to be developed, atmosphere be damned.

It’s a compelling argument that has been made over and over again during the fight against Keystone XL. Here’s why it’s wrong.

Time and again, public opposition has stopped things that made “economic” sense. That’s why every mile of the Colorado isn’t dammed, why we haven’t cut down every last inch of Brazilian rainforest, or, to pull from another time period, why the British Empire finally abolished the slave trade even though it was great economics. As it turns out, there are other forces in the world than supply and demand. Just because morality is hard to quantify, doesn’t mean it can’t change history now and then.

As political opposition to the tar sands grows, it’s going to be nearly impossible for oil companies to build the pipelines they need to get tar sands oil out of landlocked Alberta. You thought the fight against the Keystone XL pipeline was contentious? Just check out the struggle over the Enbridge Northern Gateway, a pipeline that was slated to be built from the tar sands out to the coast of British Columbia. Thanks to the opposition from indigenous communities along the entire pipeline route and people up and down the coast, the Canadian government has been forced to stall the project for yet another year of environmental review. The delay, along with the news on Keystone, has fired up the anti-tar sands movement even more. When Goliath teeters, David puts another stone in the sling-shot.

The pipeline victories also create the momentum necessary to push for the larger, structural changes that can really shut down the tar sands, like ending fossil fuel subsidies, rolling out a clean energy economy and putting a price on carbon. In the U.S., the fight against Keystone XL made tar sands a (dirty) household name for the first time. More than 500,000 people signed petitions against the pipeline, tens of thousands of people took part in demonstrations and more than 1,200 people were arrested over the course of the campaign. At places like 350.org, we’re busy brainstorming with supporters across the country about how to quickly get into these larger fights.

The New York Times is right—if it was let up to economics, tar sands development (and the planetary destruction that comes with it) would be inevitable. Good thing we’re not leaving it up to economics.