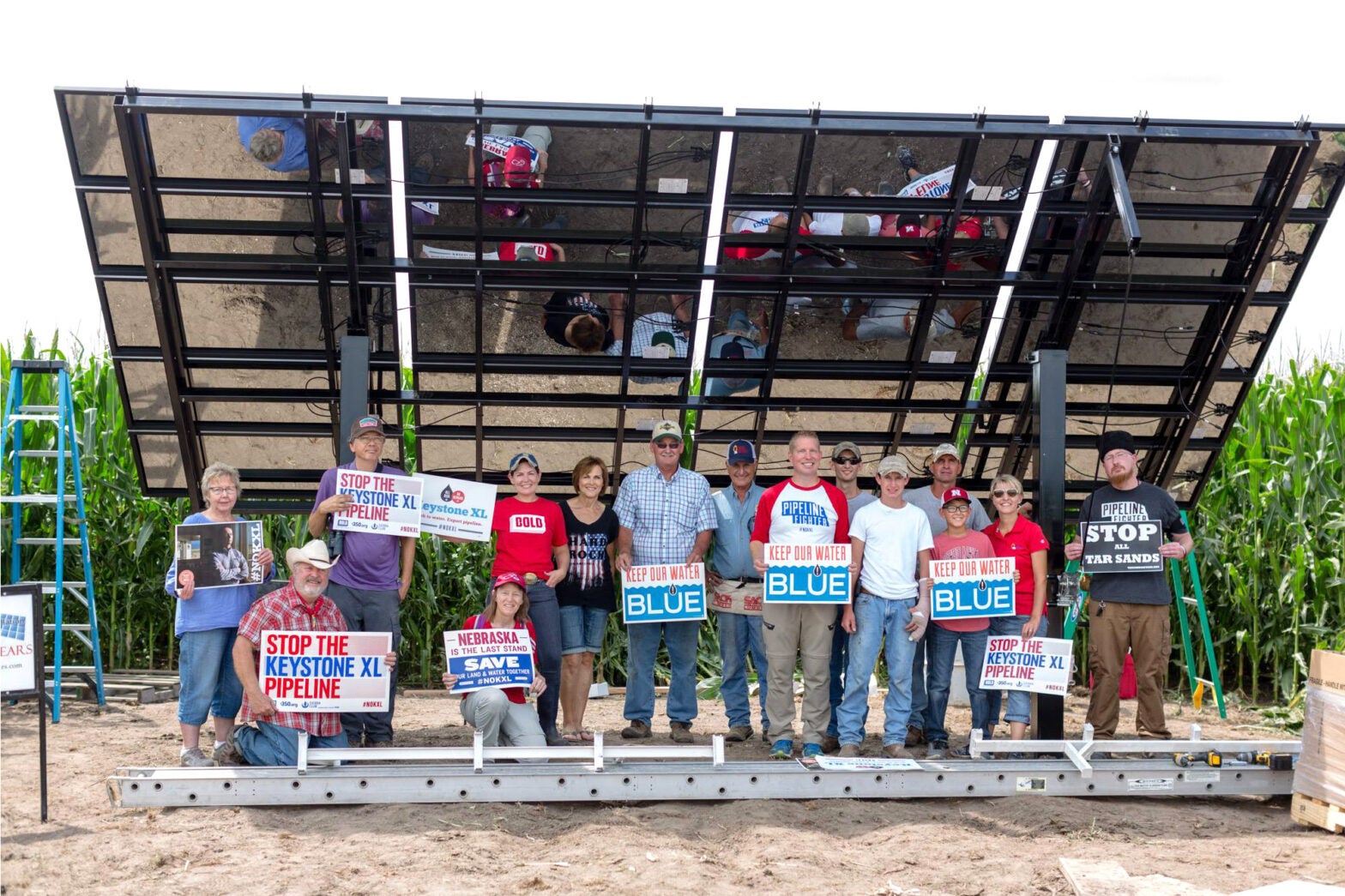 Keystone XL owner TransCanada told investors Friday that the company was still assessing demand for the project with oil companies, increasing speculation that the controversial pipeline may not see the light of day.

On an investor call, a TransCanada executive called for an “open season” on the Keystone project to attract investor bids, and said the company would assess interest and make a decision on the pipeline by November.

As reported by Politico:

“It was the strongest acknowledgment from TransCanada to date that the nearly decade-long Keystone saga may end in failure—despite President Donald Trump’s overwhelming support for the project, which he green-lit as one of his first acts in office.”

TransCanada is also still awaiting approval from Nebraskan regulators to finalize the pipeline’s proposed route through the state. A final Nebraska Public Service Commission hearing on Keystone last week showcased the depth of opposition to the pipeline in the state, while a local farmer has attracted attention for installing American-made solar panels on his land to protest the project.

Activist Building Solar Arrays to Block Keystone XL Route. "We are putting solutions in path of the problem." #NOKXL https://t.co/agcayQFMXX

Jim Carlson said he rejected offers as high as $307,000 from TransCanada Corporation to lay pipe across his land.

“They’ll have to go under it, around it or tear it down to get their dirty oil from Canada to the Gulf of Mexico,” Carlson told NBC Nebraska.

Carlson is a pipeline fighter with Bold Nebraska, a grassroots organization opposing Keystone XL. Jane Kleeb, the group’s founder, told NTV that they’ve raised more than $40,000 to install solar projects in the path of the proposed pipeline.

“We’re not just out in the streets protesting with signs, but we’re actually building the type of energy we want to see,” Kleeb said.

“With the threat of Keystone XL destroying our water and taking away property rights from farmers, we decided to build solar, directly inside the route where the Keystone XL is proposed to go because the contract says you can’t have anything permanent in the route, so we are building permanent clean energy.”