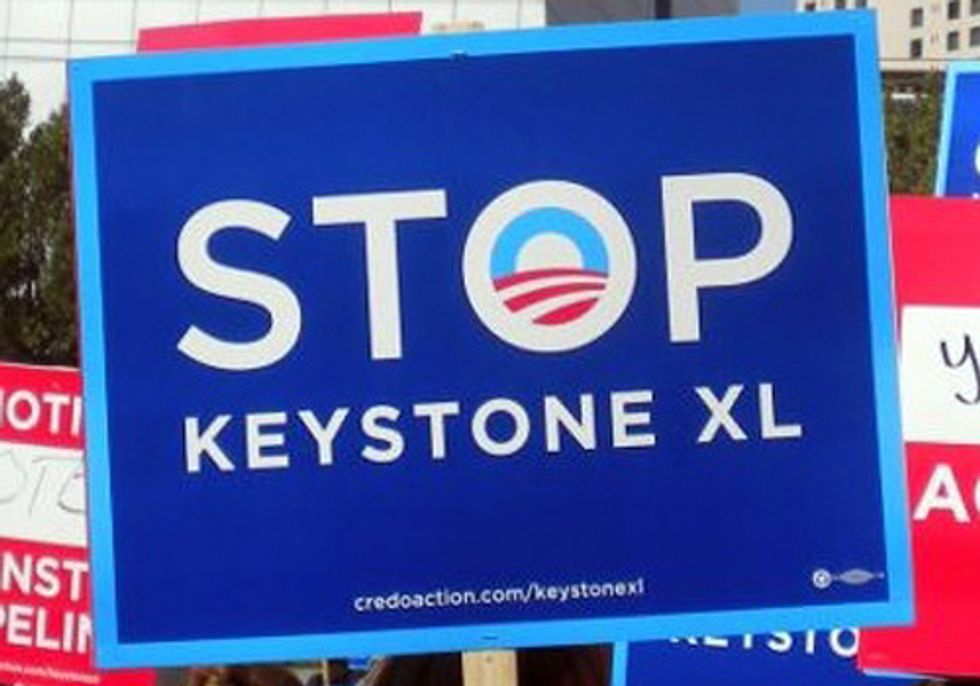 Canadian oil corporation TransCanada announced on July 27 that it has received the last of the three permits it needs from the Army Corps of Engineers to break ground on the Keystone XL tar sands oil pipeline through Oklahoma and Texas. Despite widespread public opposition, the Army Corps’ district office in Ft. Worth, Texas granted the final permit to fast-track approval of the pipeline.

TransCanada has pledged to begin construction this summer; however, landowners and local community members continue to organize peaceful, non-violent actions to block the piping of tar sands oil across their lands and waters.

Meanwhile, the State Department is closing its public comment period for the scope of the environmental review for the Canada-to-Nebraska leg of the Keystone XL pipeline today.

Landowners whose property would be split by the pipeline, local community activists and environmental experts had the following statements in response:

“This past Wednesday was the two-year anniversary of the Kalamazoo River disaster that poisoned communities and the environment in Michigan, reminding us of the true costs of tar sands oil spills. The fact that President Obama is complicit in allowing even more dirty tar sands oil to threaten our water and land through the Keystone XL pipeline in the same week is nothing short of unconscionable. I will continue to stand up to TransCanada’s pathological quest for profits at the expense of my family’s land and health.”

Susan Scott, landowner from Texas who halted TransCanada’s surveyors from illegally entering onto her land on July 26, said:

“TransCanada has lied to me from day one. They bullied me and said either I sign their papers or they'd take me to court.”

“Tar Sands Blockade is uniting pipeline fighters from all over the nation in solidarity with landowners in Texas and Oklahoma who’ve been on the front lines of the struggle against TransCanada for years. Keystone XL is an imminent threat to both our country's and our planet's future. Since every state and federal representative in Texas prioritizes the oil and gas industry ahead of their own constituents’ health, safety and constitutionally protected land rights, non-violent direct action is all that is left. It is the one power that politically powerless people have, and we intend to literally put our bodies on the line to stop Keystone XL.”

“Ordinary people across Texas and Oklahoma are rising up to protect their and their neighbors’ land, water, air and health from the Keystone XL pipeline because none of our elected officials are doing so. It appears that President Obama is only too happy to turn up the flow of toxic tar sands through our states, but we’re here to say, ‘Don’t mess with Texas or Oklahoma.’ TransCanada executives may be smirking today, but they've got another thing coming if they expect landowners and tribes to simply roll over for their dangerous pipeline.”

“TransCanada's underhanded tactics are expected. What's inexcusable is the willingness of the Obama administration to rubber stamp them. We'll be closely scrutinizing the administration’s handling of the review for the Canada-to-Nebraska Keystone XL leg to see whether it prioritizes the public's or Big Oil's interests.

"One of the key measures will be whether the State Department's environmental review looks fully at the role Keystone XL would play in further igniting the continent's biggest carbon bomb and fueling runaway climate change. As Americans experience the human and economic costs of serial and unprecedented wildfires, droughts and storms, President Obama has a moral obligation to ensure climate impacts are taken into account.”