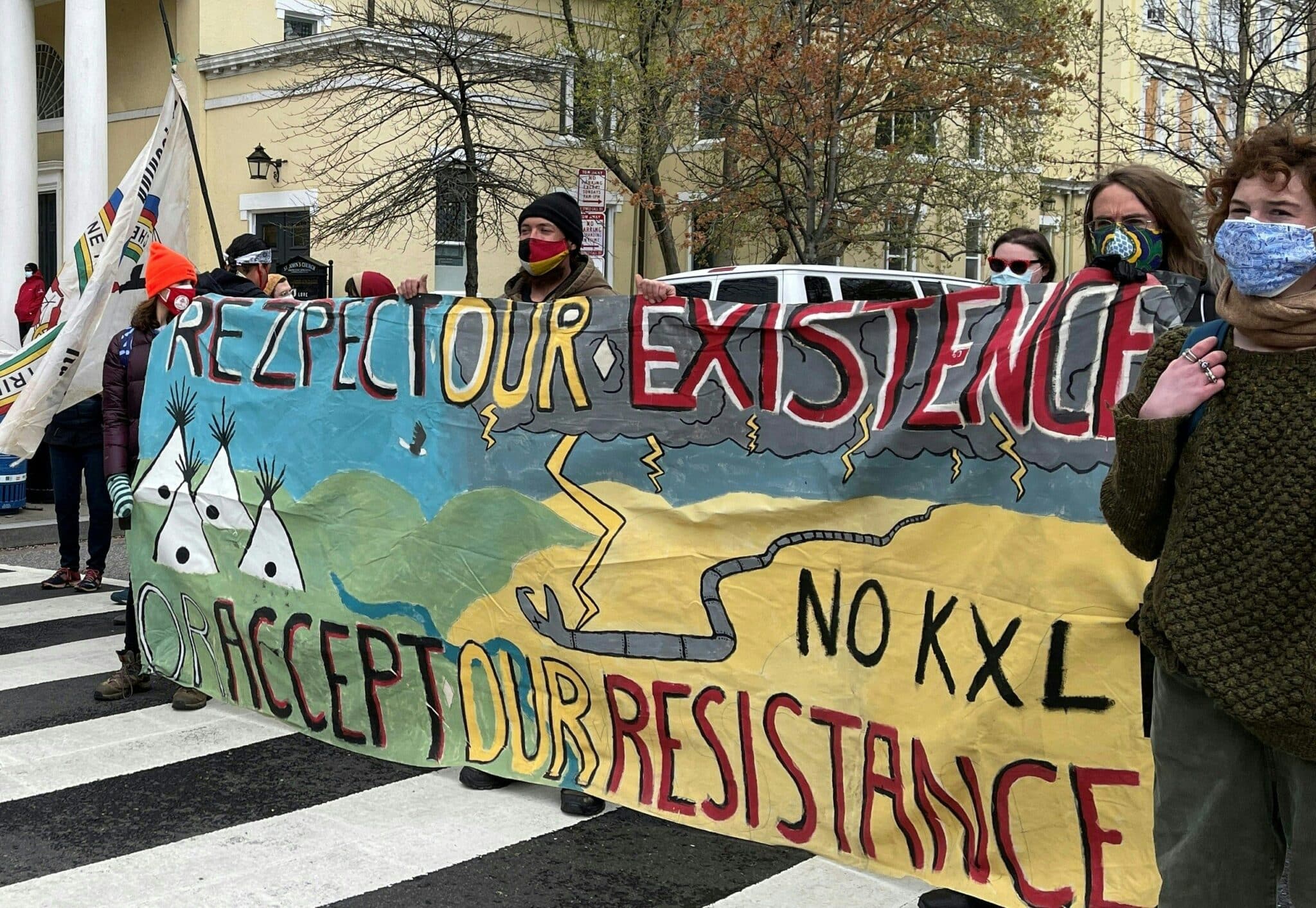 A Texas judge just drove another nail into the coffin of the controversial Keystone XL pipeline.

Federal Judge Jeffrey Brown said Thursday that a legal challenge to President Joe Biden’s cancellation of a key pipeline permit was moot because the company behind the project had already backed out.

“The court takes TC Energy at its word that Keystone XL is dead. And because it is dead, any ruling this court makes on whether President Biden had the authority to revoke the permit would be advisory,” Brown ruled, as The Hill reported. “Thus, the court has no jurisdiction and the case must be dismissed as moot.”

The decision is the latest in a tug-of-war between Republicans and Democrats over the future of the controversial fossil fuel project, which would have carried 800,000 barrels of oil a day from the tar sands of Alberta, Canada to the U.S. Gulf Coast. First, President Barack Obama canceled a key permit for the project in 2015 following nationwide protests. Then, President Donald Trump restored the permit two years later. Finally, Biden canceled the permit again on his first day in office, leading Canadian company TC Energy to give up on the project officially in June of 2021.

However, three months before TC Energy made its announcement, the Republican attorneys-general of more than 20 states sued over Biden’s decision to cancel the permit, according to The Hill. The lawsuit argued that the pipeline’s fate should be decided by Congress and that the states, which included Texas and Alabama, stood to lose millions of dollars in tax revenue, Bloomberg Law reported.

In July, the federal government told the U.S. District Court for the Southern District of Texas that TC Energy’s decision to abandon the project made the lawsuit moot. However, the states in question argued this was not the case, Argus reported. If the permit were reinstated, it would “certainly lead to the resurrection” of the project, they said.

Brown, a Trump appointee, disagreed. He said that the permit cancellation was only the “last straw” for a project that had been delayed for ten years and that there was a “dark shadow of doubt” as to whether TC Energy would bother to start again.

Montana Attorney General Austin Knudsen said he was disappointed that TC Energy’s decision stopped the case from being heard.

“It’s unfortunate that the important constitutional question in this case – if the president can revoke a congressionally approved cross-border permit – will go unanswered because TC Energy inserted itself into the court proceedings unprompted,” he said in a statement reported by The Hill. “This also deprived Montanans and residents of other states who would have benefited from the pipeline’s jobs and tax revenue of their day in court.”

However, the judge’s decision affirms an outcome that environmental and Indigenous groups saw as a win that will stop more greenhouse gas emissions from entering the atmosphere and protect water, wildlife and frontline communities along the pipeline’s proposed route.

“The end of Keystone XL is a testament to what we can accomplish when we come together with the shared goal of protecting our communities, our clean water, and the climate,” Sierra Club Executive Director Michael Brune said in a statement when TC Energy’s decision was first announced. “This is a major victory for our movement, and it won’t be the last.”