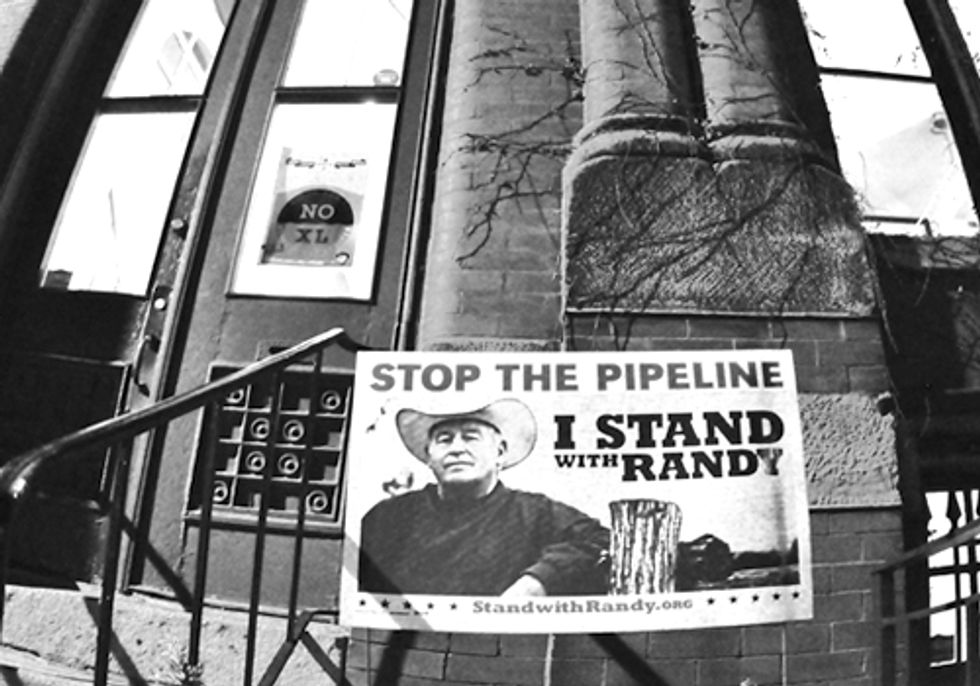 “The Nebraska Legislature sacrificed its public process on the altar of TransCanada’s tar sands pipeline," said Ken Winston, Nebraska Sierra Club policy advocate. "The Legislature requires every bill to have a public hearing, and usually requires a public hearing for amendments that make major changes. In the case of LB 1161, they adopted an amendment at the last minute that dramatically re-wrote the bill. The amendment had been introduced only minutes before the vote. There was no opportunity for public review or input.”

Among other problems, the bill scheduled for a vote today, LB 1161, would:

John Hansen, president of the Nebraska Farmers Union, called LB1161 “a very bitter pill to swallow” and said, “Nebraska Farmers Union is deeply disappointed that the Legislature broke its bargain with Nebraska landowners made in the Special Session. LB1161 is bad public policy, bad legislative process, likely unconstitutional, breaks faith with Nebraska landowners and is absolutely unnecessary because there is already a fair and open process in place for all new oil pipelines as contained in LB1. The Nebraska Legislature turned a deaf ear to Nebraska citizens and landowners one more time while it allowed a foreign corporation to circumvent the already approved and appropriate process signed into law for all new oil pipeline projects."

Anthony Swift of the Natural Resources Defense Council (NRDC) said, “TransCanada does not have the authority to build a pipeline from Canada to the Gulf, and the company has not applied for a new one. The rationale for a quick approval from Nebraska is nonexistent. They will need to go through rigorous environmental review at the federal level. Until TransCanada gets around to making such an application, the company does not have a viable oil pipeline proposal to present the state of Nebraska. In other words, it’s early for Nebraska’s legislature to be considering measures that grant TransCanada special favors. It’s never too early for Nebraskans to consider whose interests their leaders are representing.”

“In Nebraska, we are witnessing the undoing of laws fought hard by citizens, landowners and state senators," said Jane Kleeb, executive director of Bold Nebraska and the moderator of the call. "Laws meant to provide a public process for oil pipeline certification are threatened because TransCanada has spent more on lobbying state senators. And because of this, they essentially have gotten their way without any regard for the citizens and landowners of Nebraska.”

LB 1161, the bill currently being considered in the Nebraska Unicameral, would require Nebraska taxpayers to pay $2 million to conduct studies for their proposed pipeline, but TransCanada is unwilling to reveal the proposed route, even though they have stated several times that a route has been identified.

It was recently reported that TransCanada has identified a corridor, but doesn’t intend to reveal it until (or unless) there are public hearings on the issue. This means TransCanada wants to keep Nebraska landowners in the dark until after legislation that might decide the future of their land has been passed by the Legislature. Since LB 1161 doesn’t require public hearings, only public comment, this means TransCanada could wait until nearly the end of the process before disclosing the route.

This means that Nebraska landowners could be subjected to eminent domain proceedings in order to satisfy TransCanada’s political narrative, not because it would fulfill any public purpose, which is the basis for use of eminent domain.

There are significant issues about whether LB 1161 violates the Nebraska Constitution, which were first raised by the Nebraska Sierra Club. However, the cost of defending this legislation in court will be borne by the taxpayers of the State of Nebraska, not TransCanada.