Massive Crowd Marches to Give ‘KXL the Boot’ 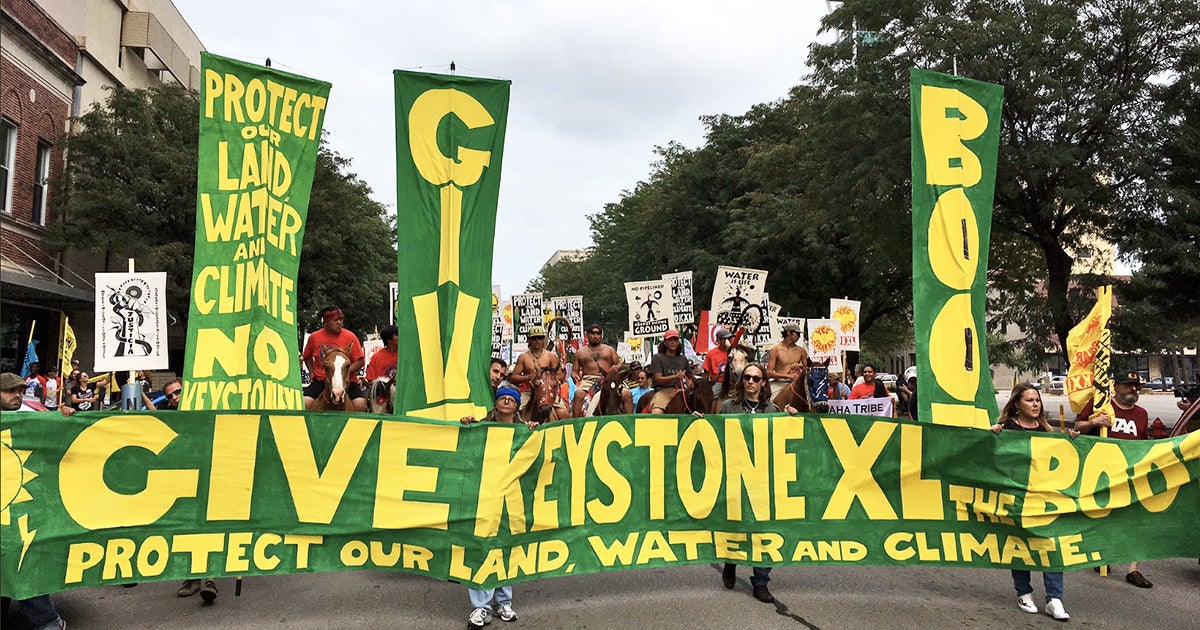 Pipeline Fighters from Nebraska and across the region marched through the streets of Lincoln, Nebraska Sunday—on the eve of a weeklong public hearing on the proposed Keystone XL pipeline before the Nebraska Public Service Commission, where Nebraska farmers and ranchers, the Ponca Tribe of Nebraska, Yankton Sioux Tribe, Bold Alliance and other environmental and citizen advocates will present evidence on why TransCanada’s tar sands export pipeline is unnecessary and not in the public interest.

Pipeline opponents have vastly outnumbered proponents who showed up to testify at public meetings on Keystone XL held by the Public Service Commission in Norfolk, York, O’Neill and Omaha. Landowners and citizens have voiced concerns about the state authorizing the use of eminent domain for a foreign corporation to take their land for a private gain pipeline that threatens the Ogallala aquifer and fragile Nebraska farmland.

“Keystone XL never has been and never will be in Nebraska’s public interest,” Jane Kleeb, president of Bold Alliance, said. “This is a foreign pipeline, headed to the foreign export market, wanting to use eminent domain for private gain on Nebraska landowners. We are confident the PSC will follow the rules they set forth and reject the proposed route that still crosses the Sandhills and risks the Ogallala Aquifer.”

A coalition of organizations including Bold Nebraska, 350.org, Sierra Club, Indigenous Environmental Network, CREDO, Greenpeace, Oil Change International and MoveOn have collected hundreds of thousands of written public comments from citizens from Nebraska and across the country with their concerns about Keystone XL’s threat to property rights, water and climate. The coalition will deliver these public comments to the Nebraska Public Service Commission’s offices in Lincoln at 8:30 a.m. on Aug. 10—on the eve of the PSC’s Keystone XL public comment submission deadline of Aug. 11.

Nebraska officials eager not to hear from homeowners during #KXL hearings. Oil ind. is so devious, but on we fight https://t.co/zBbcod9dTR

“The PSC is tasked with determining whether Keystone XL is in our state’s best interest, and the answer is simple: the only people who would benefit from this pipeline being built are oil executives in Canada, while Nebraskans would face the daily threat of a devastating tar sands spill,” John Crabtree, a campaign representative from the Sierra Club, said. “Keystone XL is all risk and no benefit for Nebraska, and the PSC should reject it.”

The public comments delivery will take place just blocks from the Cornhusker Marriott hotel in downtown Lincoln—where landowners, Tribal leaders and environmental advocates will be testifying during the critical week of intervenor hearings on Keystone XL at the Public Service Commission.