3 Reasons Why Keystone XL Pipeline May Never Get Built 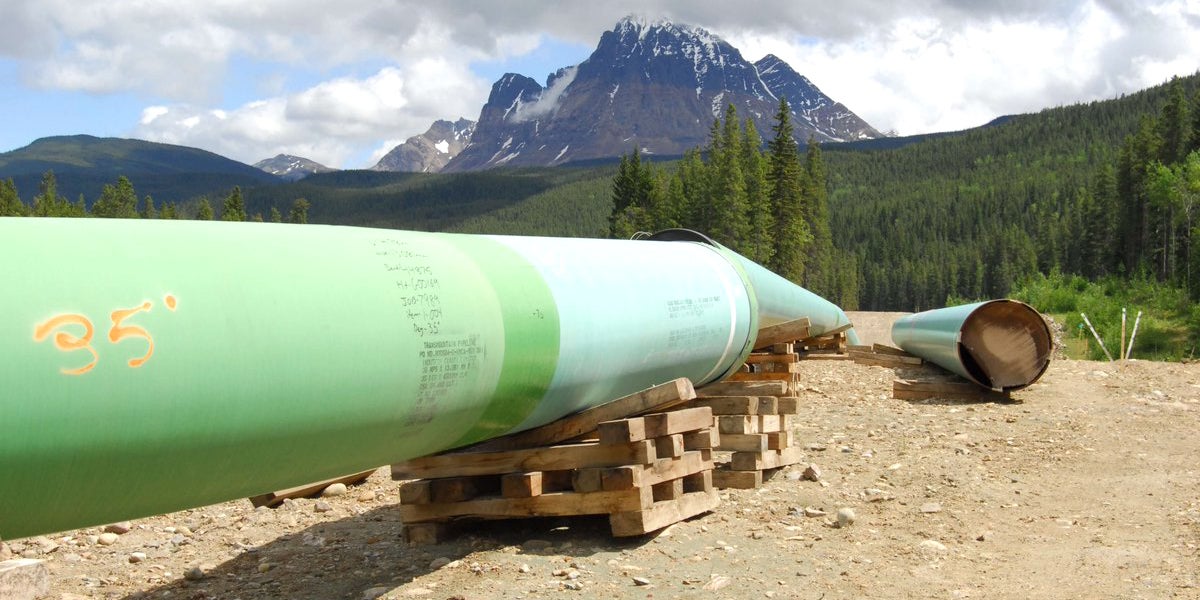 Almost a full decade since first applying for a presidential permit, TransCanada looks set to finally receive go-ahead in the U.S. for its massive $8-billion Keystone XL pipeline.

But here’s the thing: U.S. approval, while a great leap forward for TransCanada, doesn’t guarantee the Keystone XL pipeline will ever be built.

New U.S. President Trump was elected with the explicit promise to get the 830,000 barrel per day pipeline from Alberta to Nebraska built, under the conditions that the U.S. would receive a “big, big chunk of the profits or even ownership rights” and it would be built with American steel; his administration has already flip-flopped on the latter pledge.

On Jan. 24, Trump signed an executive order, inviting TransCanada to reapply for a presidential permit, which the company did two days later. It’s now in the hands of the State Department, which has to issue a verdict by the end of March.

Sounds like a slam dunk, right? Not so fast. Here are three key reasons why.

“If you look at the supply profile and you look at our expansion replacement capacity for Line 3 and one other pipeline, that should suffice based on the current supply outlook, out to at least mid-next decade,” Monaco said on a fourth quarter earnings call last week.

Wood Mackenzie analyst Mark Oberstoetter seconded that: “There’s not an evident need to get three or four pipelines built.”

Add to that the rapidly declining long-term prospects in the tar sands.

Just last week, Shell sold off almost all of its tar sands assets to Canadian Natural Resources Limited. This follows divestitures by Statoil and Total SA in recent years.

“There will be no more greenfield projects if the price of oil stays at what it is,” said David Hughes, expert on unconventional fuels and former scientist at the Geological Survey of Canada.

Hughes adds that Western Canadian Select already sells at a discount of around $15/barrel due to transportation and quality discounts.

Pipeline companies thrive on long-term contracts with producers, with lower rates for longer terms (such as 10 or 20 years).

Such contracts are huge financial gambles, especially given uncertainty about oil prices. In a low oil price scenario, tar sands take a hit because of the high cost of production.

“The economic case is not there for the three pipelines,” said Amin Asadollahi, lead on climate change mitigation for North America at the International Institute for Sustainable Development. “And should the massive expansion happen, I don’t think the financial benefits for the sector … would be there.”

Same goes for Keystone XL. Lawsuits have plagued the company for years. In 2015, more than 100 Nebraska landowners sued TransCanada over the proposed use of eminent domain; the company eventually withdrew from the case and its plans for eminent domain, but it appears such conflicts will reignite with the federal approval. Landowners have already started to meet to plot out how to resist the pipeline.

TransCanada requires a permit from Nebraska in order to proceed. Last week, two-thirds of Nebraska’s senators signed a letter petitioning the state’s Public Service Commission to okay the proposed route; the original route was altered in April 2012 due to public opposition.

Keith Stewart, climate and energy campaigner at Greenpeace Canada, said: “They’ll probably get the federal approval, but state-level and other legal challenges will go ahead to try to stop it.”

Adam Scott of Oil Change International noted that he expects a lot of resistance to the Keystone project on the ground in Nebraska, especially given that the project still doesn’t have a legal route through the state.

There’s also growing resistance from Indigenous people, especially in the wake of Standing Rock. Thousands of Indigenous people recently gathered in Washington, DC for a four-day protest against the Dakota Access Pipeline.

In 2014, the Cowboy Indian Alliance united potentially affected farmers and Indigenous people to protest against the Keystone XL project. The recently signed continent-wide Treaty Alliance Against Tar Sands Expansion specifically identified Keystone XL as a proposed pipeline to be stopped.

Then there’s the fight north of the border over greenhouse gas emissions and climate obligations.

The Canadian government’s approvals of Kinder Morgan’s Trans Mountain and Enbridge’s Line 3 added a bit more than one million barrels per day in potential capacity to the tar sands network.

Unless there are significant breakthroughs in technology to cut per-barrel emissions, those two pipelines alone will allow for tar sands production and associated greenhouse gases to hit Alberta’s 100 megatonne (Mt) cap; Stewart said companies have been talking about the possibility of emissions-cutting technologies such as solvents since 2007, but they still haven’t materialized in a commercial setting.

Unconventional fuels expert David Hughes has calculated that if the 100 Mt cap is reached and a single LNG export terminal is built, Canada will need to cut non-oil and gas emissions by 47 percent cut in order to meet the 2030 target, which will be impossible “barring an economic collapse.”

Adding an additional 830,000 bpd of export potential via the Keystone XL—allowing for the kind of expansion hoped for by the National Energy Board and Canadian Association of Petroleum Producers—could result in the breaching of Alberta’s emissions cap and the country’s climate targets.

Stewart points to Chevron’s recent submission to the Securities and Exchange Commission, which acknowledged the increasing likelihood of climate-related litigation as a related sign of looming danger for companies.

It’s a rapidly growing trend. Climate-based litigations are grounding fossil fuel projects around the world. A lawsuit based on constitutional rights to a healthy environment filed on behalf of 21 children during the Obama administration threatens to bring a similar precedent to the U.S.

“We’re actually looking at a variety of ways to put pressure—including possible legal challenges—on companies that are basing their business model on the failure of the Paris agreement,” Stewart said. “If you’re telling your investors, ‘We’ll make money because the world will not act on climate change’ are you actually engaging politically to try to produce that outcome? Are you lobbying against climate policy?'”

Reposted with permission from our media associate DeSmog Canada.