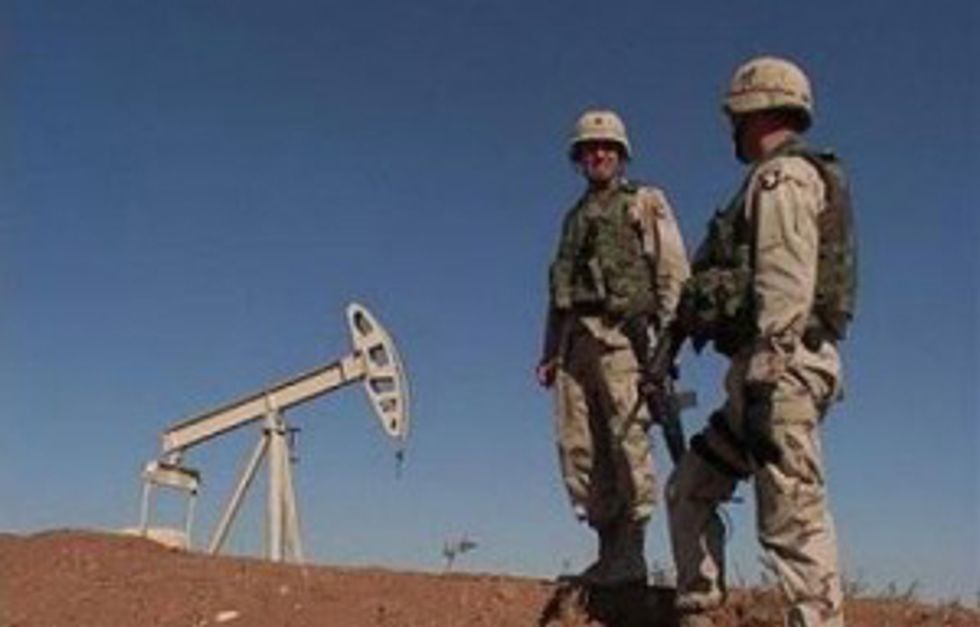 Oct. 7 sees the final public hearing in the national interest determination process surrounding the controversial Keystone XL pipeline. The proposed 1,700 mile pipeline would bring up to 900,000 barrels per day of dirty tar sands crude to the Gulf Coast from Alberta, Canada if approved by the State Department. The hearing will take place in Washington, D.C.

The debate has recently focused most intensely on the false dichotomy of jobs versus environment. False because the transition that we must make to a clean energy future will likely create more jobs than maintaining the dirty energy status quo and also because the claims about the pipeline’s job creation potential have been blown up out of all proportion.

Another aspect of the pipeline shrouded in misinformation is the idea that it will enhance America’s energy security. A barrel of oil from Canada must be better than one from the Middle East, right? Wrong. There is no evidence that suggests the U.S. has enjoyed any relief from the volatility of the global oil market since Canada became America’s number one source of imported oil (since 2005) .

As an export pipeline, Keystone XL will have no impact on U.S. dependence on Mideast and Venezuelan oil. Refiners in the U.S. Gulf Coast are at the forefront of a 60 percent increase in U.S. petroleum product exports since 2007. Latin American and European markets need diesel and Gulf Coast refiners are increasingly providing it. In fact, with U.S. gasoline demand set to decline over the long term, the refiners that will receive Keystone XL crude have configured their refineries to maximize diesel production from heavy sour crudes such as those from the tar sands. This means that Keystone XL is serving growing global demand rather than U.S. domestic need. Keystone XL oil will therefore be as well as, rather than instead of, other sources of heavy sour crude such as Saudi Arabia and Venezuela.

Canadian oil runs at full capacity and does not hold spare capacity to be brought on stream in times of an emergency. Canadian oil may add to U.S. and global supply, but when a major disruption occurs in the global oil market, Canada cannot boost production without investing billions of dollars and building new infrastructure.

Canada has been America’s largest source of oil imports since 2005. Today the U.S. imports over 2.5 million barrels per day (Mb/d) of crude oil and petroleum products from Canada. This is more than double the imports from Saudi Arabia and 38 percent more than current imports from all Persian Gulf states. Yet this increasing reliance on Canadian oil has not protected the U.S. from oil price spikes. In 2008, as oil hit $147 per barrel, U.S. gasoline prices spiked over $4 per gallon. In 2011, when the Libyan crisis took about 1.6 Mb/d out of the global oil market, U.S. gasoline prices jumped 26 percent in two months despite U.S. stocks of crude oil hitting record highs. The dominance of Canadian oil in the U.S. market provided no buffer against the vagaries of the global oil market on these occasions.

It feels good to send oil money to Canada rather than to hostile regimes that threaten the U.S. But does it make a difference? According to the U.S. Energy Information Administration, OPEC countries are likely to earn over $1 trillion in 2011 from oil exports, rising slightly in 2012. The International Energy Agency (IEA) forecasts that by 2035, under a business as usual scenario in which tar sands production grows in line with industry ambitions, OPEC’s share of the global oil market will rise from 41 percent to 52 percent. With 77 percent of the world’s proven oil reserves, OPEC producers will always dominate the world’s oil market. That the U.S. is buying more oil from Canada matters little to OPEC producers. Canada pumping more oil allows them to pump less in order to maintain high prices. Revenues to OPEC are therefore likely to be stable with or without Canadian oil.

The IEA calculates energy supply and demand if the world were to stay within recognized limits for stabilizing climate change. This strategy not only provides the environmental security of a stable climate but also significantly enhances American and global energy security. In this scenario, by 2035:

Most importantly, only in this scenario is U.S. and global oil demand firmly in a downward trajectory, meaning that demand decline is a long-term trend enhancing environmental and energy security beyond 2035.

For more on Keystone XL and energy security, click here.

To attend the hearing in Washington as well as a rally in support of pipeline opponents, click here.

To attend the premiere of Pipe Dreams, a new documentary about the pipeline followed by a discussion panel, click here.