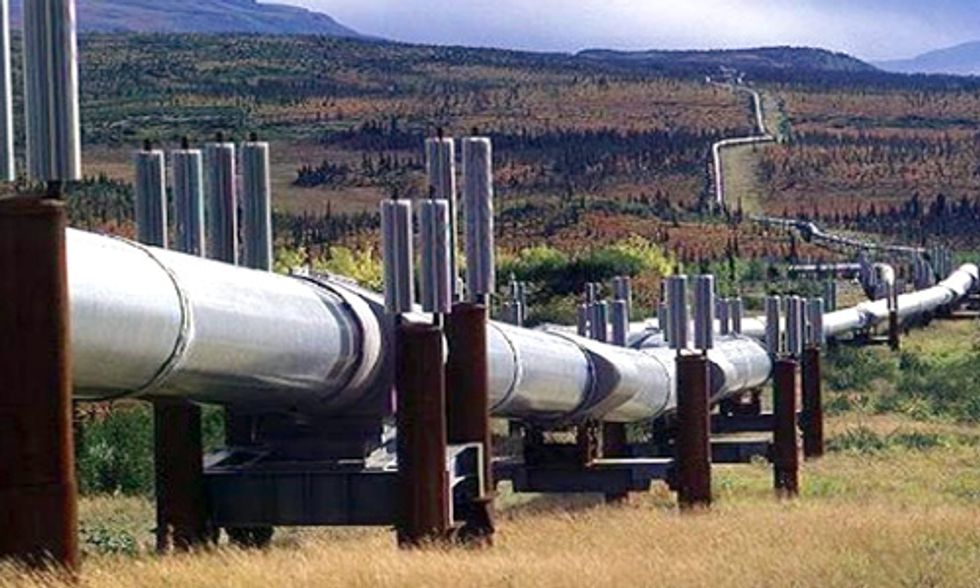 The oil spill that shut down a portion of the Keystone 1 pipeline in South Dakota last weekend is much bigger than initially estimated, TransCanada admitted on Thursday—almost 100 times bigger, in fact.

The fossil fuel company said the "potential volume" of the spill in Freeman, discovered by a passerby on Saturday, was about 18,600 gallons, or 400 barrels.

"The fact that the damage is even bigger than first reported proves there is no such thing as a safe pipeline," Lindsay Meiman, communications coordinator for the climate group 350.org, told Common Dreams. "The only safe place for fossil fuels is in the ground."

Even at 187 gallons, the spill was already the largest since construction on the pipeline began in 2009, according to the Argus Leader. The new numbers make it one of the biggest leaks in South Dakota history.

Dallas Goldtooth, a Keystone opposition organizer with the Indigenous Environmental Network, told the Argus Leader on Thursday that the estimate should serve as a warning against new pipeline construction elsewhere and as an example of TransCanada's reckless legacy.

"This highlights the need for us to [not only] hold TransCanada accountable for their actions, but to use this as an example of the legitimate concerns that people have with future pipelines like Dakota Access," Goldtooth said, referring to a proposed pipeline that would transport crude oil across four Midwestern states.

TransCanada also said on Thursday it has yet to "pinpoint" the source of the leak.

Michael Brune, executive director of the Sierra Club, said in a statement earlier this week that this "disaster is a stark reminder that it's not a question if a pipeline will malfunction, but rather a question of when."