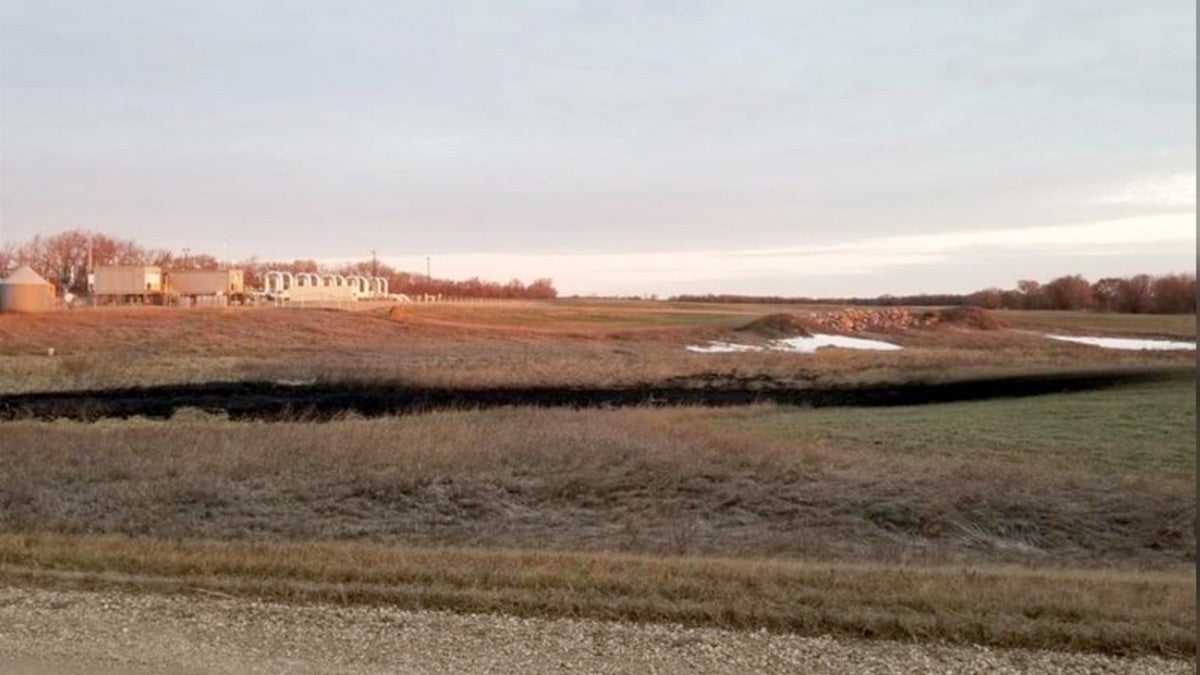 The Keystone pipeline spilled an unknown amount of crude oil across a quarter-mile area of northeastern North Dakota on Tuesday, the same day the Trump State Department held its sole public hearing on an environmental analysis of the widely opposed Keystone XL project.

North Dakota environmental officials said Wednesday that they became aware of the leak late Tuesday night, and TC Energy — the pipeline’s owner — shut down the tar sands pipeline for an investigation into the spill.

The local Grand Forks Herald reported that TC Energy, previously known as TransCanada, had not fixed the leak as of Wednesday afternoon.

“The Department of Environmental Quality estimated the spill was about 1,500 feet in length by 15 feet wide,” according to the Herald. “Steps are being taken to contain the release, but the volume of oil that has spilled is currently unknown, officials said. Walsh County Emergency Manager Brent Nelson said the spill is contained to a wetland and has affected an area where a local farmer cuts hay.”

The company denied that the spill had any impact on drinking water, a claim that was met with skepticism.

Keystone’s latest leak came just hours after the U.S. State Department held a public meeting in Billings, Montana to solicit comments on the department’s new analysis of the potential environmental impact of the Keystone XL project.

The Trump administration has worked hard to approve and accelerate the project over the protests and legal challenges of indigenous rights organizations and green groups. Keystone XL would would carry up to 830,000 barrels of tar sands oil per day from Alberta, Canada to Nebraska.

“The Keystone XL pipeline was a bad idea when it was proposed 11 years ago, and it remains a bad idea today,” said the environmental group Bold Nebraska in a public comment on the State Department analysis.

In a column on Wednesday, Esquire’s Charles Pierce wrote that, despite strong opposition, “the State Department will do anything to get this thing built. Anything.”

“Pipelines leak. Pipeline companies lie about it,” wrote Pierce. “That’s the only permanent thing about them.”