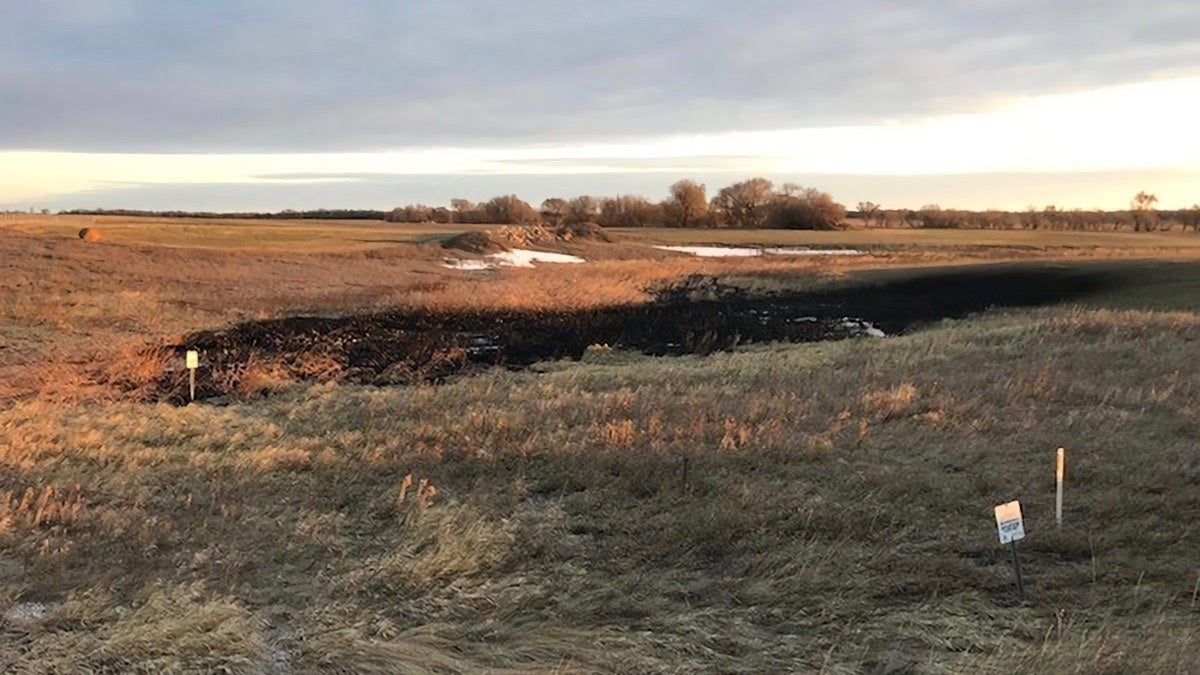 "We are establishing air quality, water and wildlife monitoring and will continue monitoring throughout the response" to Tuesday's Keystone spill. TC Energy

Environmentalists were outraged but not at all surprised to learn Thursday that the Keystone pipeline sprung yet another massive leak, this time spilling 383,000 gallons of crude oil in North Dakota.

“I wish I could say I was shocked, but a major spill from the Keystone pipeline is exactly what multiple experts predicted would happen,” Greenpeace USA senior research specialist Tim Donaghy said in a statement. “In fact, this is the fourth significant spill from the Keystone pipeline in less than ten years of operation. History has shown us time and again that there is no safe way to transport fossil fuels, and pipelines are no exception.”

The latest Keystone spill was first detected Tuesday night by TC Energy, the pipeline’s owner, and the extent of the damage to the surrounding areas is not yet known to the public. According to Greenpeace, the leak “is already the eighth-largest pipeline oil spill of the last decade.”

The Keystone pipeline just spilled AGAIN** — and is now the 8th largest pipeline oil spill in the past decade. 😡😡

**Brought to you by the corporation that wants to build the much larger #KXL pipeline and have it cut right through the Midwest… https://t.co/gHXxIC12Sw #NoKXL

“The roads around the spill area have been closed to assist with the cleanup,” the Herald reported. “Walsh County Sheriff Ronald Jurgens asks the public to avoid the area so the cleanup process can proceed. On-site security will stop and fine any driver ignoring the closed road signs.”

TC Energy, previously known as TransCanada, denied that the spill had any impact on drinking water, a claim that was met with skepticism.

Corp says the oil hasn’t contaminated any drinking water & they’re cleaning it up but anyone who drives to the site will be fined by their security so who knows what’s going on. #NOKXL https://t.co/7H6Dcz4bsm

Catherine Collentine, associate director of Sierra Club’s Beyond Dirty Fuels initiative, said “this is not the first time this pipeline has spilled toxic tar sands, and it won’t be the last.”

“We’ve always said it’s not a question of whether a pipeline will spill, but when,” said Collentine, “and once again TC Energy has made our case for us.”

Keystone’s leak in North Dakota was detected just hours after the U.S. State Department held a public hearing in Billings, Montana to solicit comments on the department’s new analysis of the potential environmental impact of the Keystone XL project.

Reposted with permission from our media partner Common Dreams.