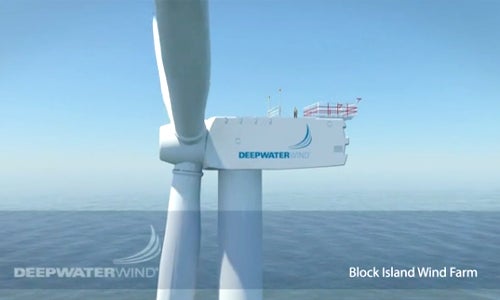 There’s clearly a lot of honor in being named the first offshore wind farm in the U.S., and developers keep that in mind with each deal they strike and announcement they make.

In the past two weeks, Deepwater Wind announced deals that it believes keeps its Block Island Wind Farm “on target to become the nation’s first offshore wind farm.” First, the Providence, RI-based firm signed a deal with the French Alstom Group for five, 6-megawatt (MW) turbines that will power the farm to be constructed on waters near Rhode Island’s Block Island. Next, Deep Wind tapped Oslo, Norway-based Fred. Olsen Windcarrier to provide the vessel for the farm’s turbine installation. 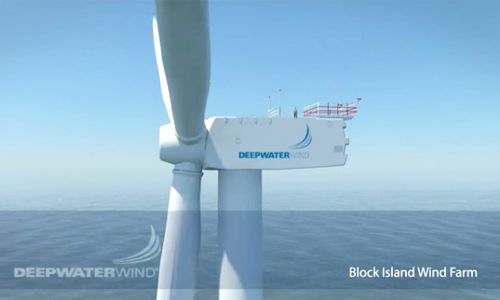 Alstom’s 6-MW Haliade 150 turbines are 589 feet tall. The company has 2.3 gigawatts of offshore wind farm substations delivered or under construction around the world.

The 30-MW Block Island Wind Farm will generate more than 125,000 MW hours annually, enough to power about 17,000 homes. The energy will be exported to the mainland electric grid through a 21-mile, bi-directional Block Island transmission system that includes a submarine cable proposed to make landfall in Narragansett, RI.

Grybowski also expressed pleasure with the support and security his company anticipates by qualifying for the federal Investment Tax Credit.

“Deepwater Wind’s multi-million dollar payment to begin manufacturing our project’s 15 blades ensures that our project will qualify for the federal Investment Tax Credit,” Grybowski said. “When combined with engineering and permitting work we already completed, we’re confident this payment puts us significantly over the required 5 percent ‘safe harbor’ for the ITC.”

Last year, the Earth Policy Institute listed Block Island as one of the candidates for the nation’s first offshore farm. One of the others, the Cape Wind Farm in Massachusetts, has faced legal setbacks from opposers for years.

Wind energy advocates have called for businesses to establish a market in the U.S. On the West Coast, a pilot project plan off Coos Bay in Oregon earned approval for the construction of a five-turbine, 30-MW farm.