Kevin Spacey Is The Rainforest 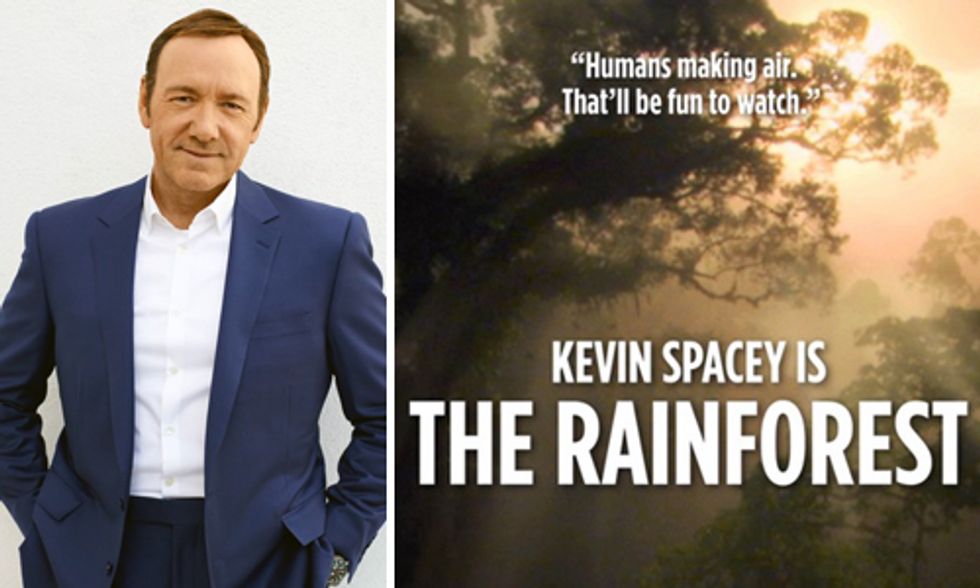 Kevin Spacey is The Rainforest in Conservation International’s third film in its provocative environmental awareness campaign, Nature Is Speaking.

Watch as The Rainforest comes to life and reminds humans that rainforests make life possible. "I have always been there for them and I have been more than generous. Sometimes, I've given it all to them, now gone forever," states The Rainforest.

"Nature's message is clear: we can't keep doing what we're doing now. Clean sustainable energy is crucial and cannot wait ... we have to start listening to nature now," said Spacey.

According to Conservation International:

Nature Is Speaking is a series of short films voiced by some of the biggest names in Hollywood including Penélope Cruz, Harrison Ford, Edward Norton, Robert Redford, Julia Roberts, Ian Somerhalder and Kevin Spacey.

Harrison Ford Is The Ocean