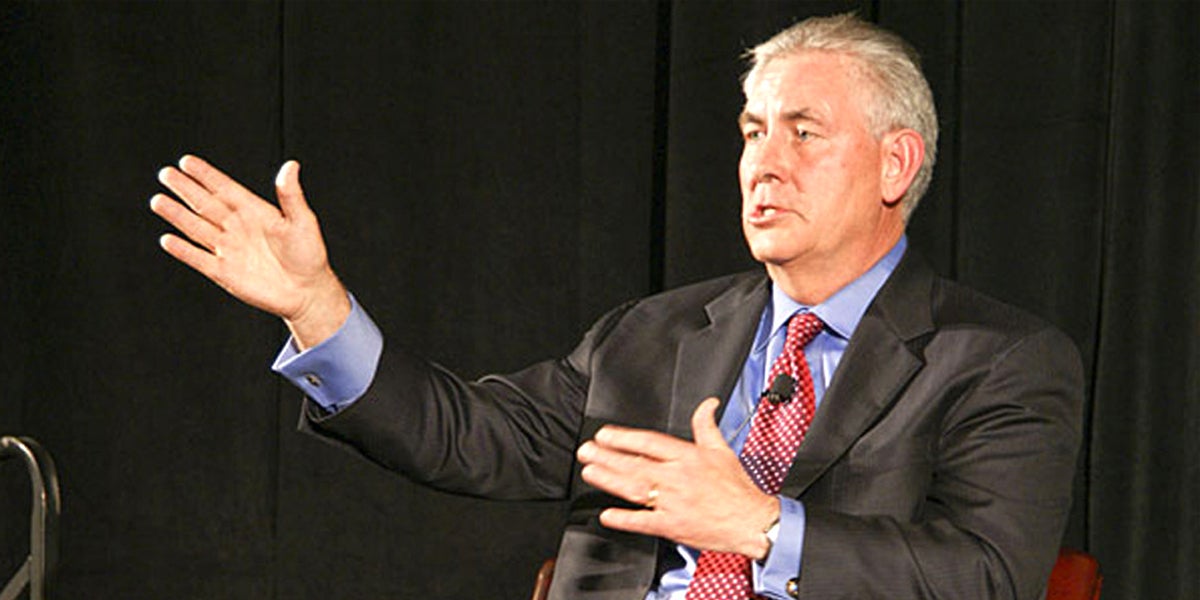 Waterkeeper Alliance, represented by Pace Environmental Litigation Clinic, submitted a 54-page petition with 358 footnotes and 448 pages containing 43 exhibits to the U.S. Environmental Protection Agency (EPA), calling for an end of all of its federal contracts with ExxonMobil.

ExxonMobil CEO Rex Tillerson was recently named U.S. Secretary of State by President-Elect Donald Trump and will likely face a contentious congressional nomination hearing due to his own and his company’s ties to Russia and Russian President Vladimir Putin. The petition centers around what Exxon knew for decades about climate change, which it studied closely in-house, while funding climate change denial efforts for decades, while also discussing the rest of its environmental track-record.

“ExxonMobil kept its knowledge of climate change a secret while using lies to build a generation of climate change deniers. The company continues to push government policy that goes against proven science and exacerbates the greatest threat to humanity and America’s national security,” Waterkeeper Alliance President Robert F. Kennedy Jr. said. “American tax dollars should not be making a morally bankrupt business richer. We must cut our financial support for this outlaw corporation.”

The petition itself reads like a corporate rap sheet, of sorts and could provide fodder for congressional members who have pledged to oppose—or at the very least ask tough questions—of Tillerson at his congressional confirmation hearing. This includes intricate details about what Exxon knew about climate change, as well as how it has proceeded to fund the climate denial machine. 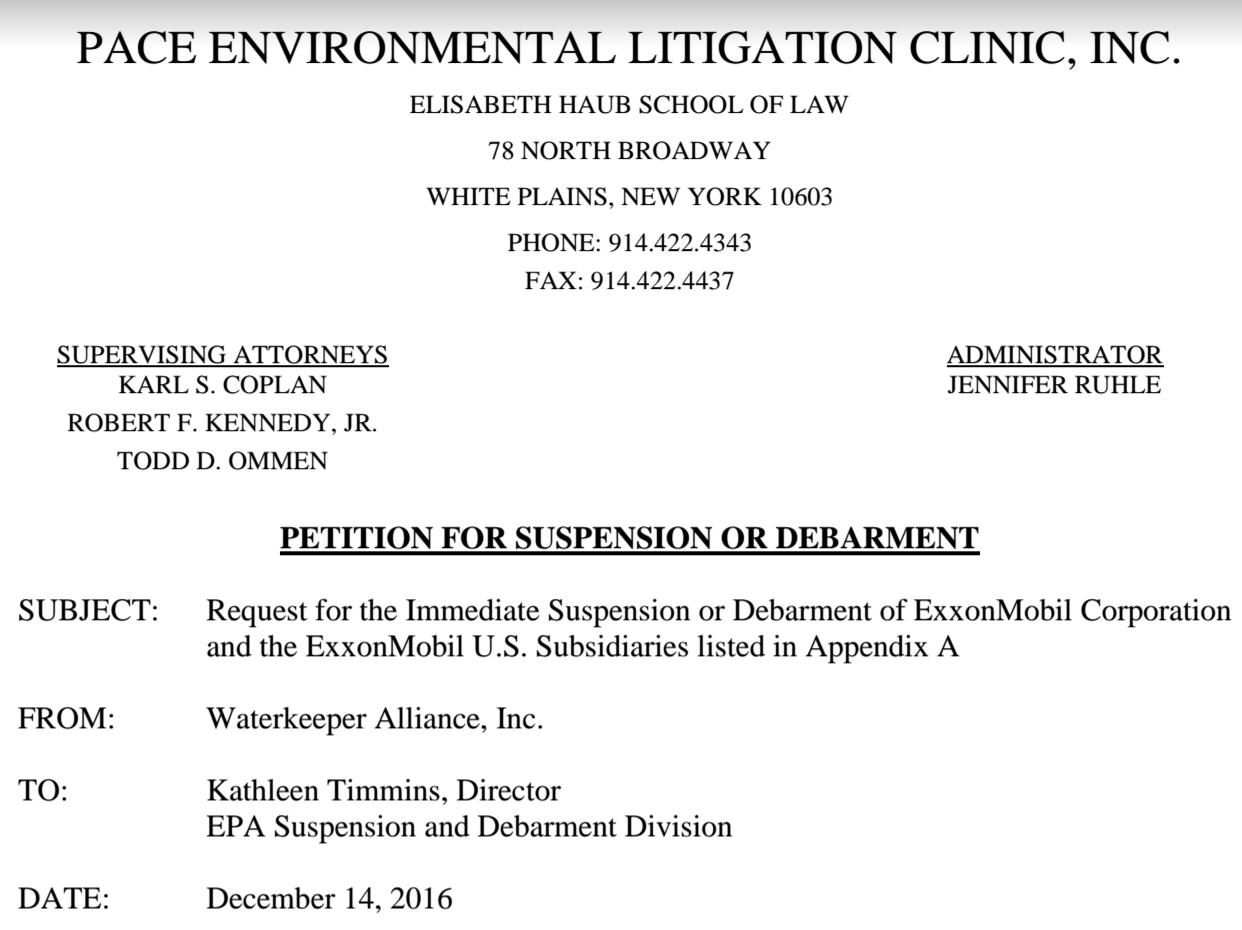 “The propagation and funding of this misinformation, especially when viewed in the context of ExxonMobil’s long history of environmental violations, provides a compelling basis for ExxonMobil’s debarment,” reads the petition’s introduction. “In short, ExxonMobil has exhibited a pattern of behavior reflecting a lack of business integrity and honesty, which behavior has had dire consequences for the environment and society generally. As a result, it should no longer be permitted to do business with the government.”

Waterkeeper maintains that EPA’s legal authority to do such a thing, in this particular case, comes from the Federal Acquisition Regulation federal codes. The petition lists some examples of federal contracts being cut with corporations due to bad behavior, including the likes of Arthur Anderson and Enron and BP after the Deepwater Horizon oil spill.

While climate denial efforts and funding make up about two-thirds of the petition, broader environmental and ecological impacts also receive in-depth documentation in the rest of the document, as well. This includes examples of workers’ safety and health being violated, air pollution, water contamination, pipeline spills, among other things.

Shale gas and hydraulic fracturing (“fracking”) in Pennsylvania’s Marcellus Shale basin also gets a mention for Exxon’s subsidiary, XTO Energy, the biggest producer of oil and natural gas in the U.S.

So too do many of Exxon’s refineries, chemical plants, gas plants and terminals discussed in the context of being in noncompliance with federal clean air and water regulations, according to data they collected from the EPA‘s Enforcement and Compliance History.

Exxon, as mentioned in the petition, is currently under investigation by multiple state-level Attorneys General for allegedly misleading investors and the public about climate change and its knowledge of it.

EPA has the Power

Waterkeeper says that the Obama Administration has the legal power to get the ball rolling to cut the contract, using the tools of a legal suspension or debarment, which would halt Exxon from landing federal contracts. They also note that the company has received more than $750 million in federal contracts in 2015 alone.

“EPA has the power to restore our faith in the values and integrity of our government by ensuring American dollars go to good businesses,” Todd Ommen, managing attorney for the Pace Environmental Litigation Clinic, said in a press release. “Now is the time to push back against this era of misinformation and move toward climate leadership built on truth and a respect for science.”