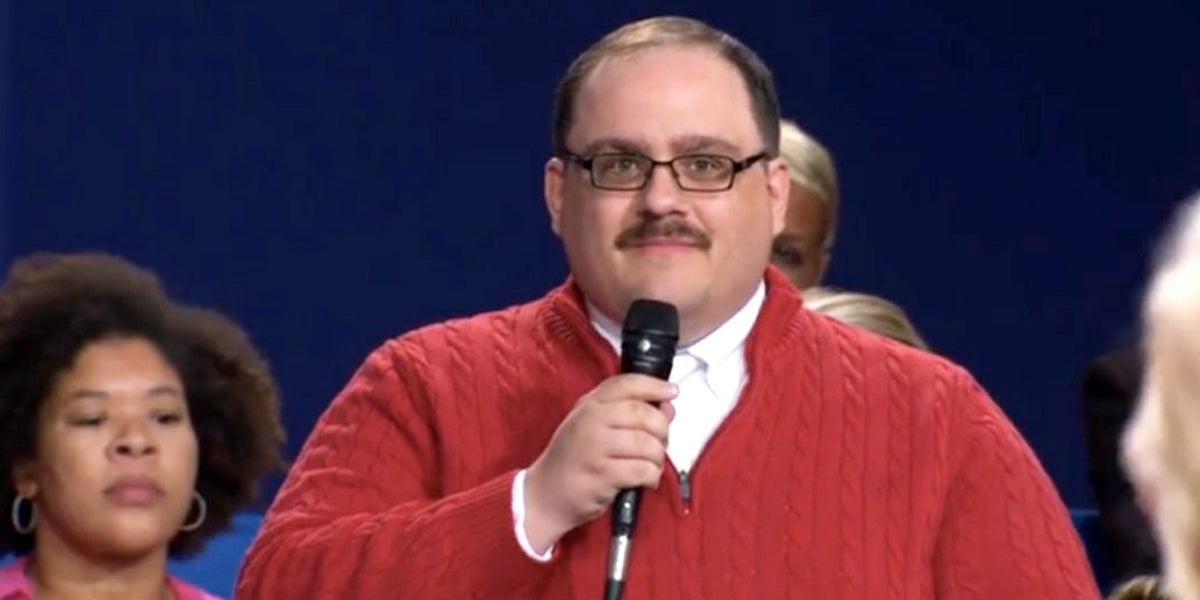 After Kenneth Bone asked a question about energy to presidential nominees Donald Trump and Secretary Hillary Clinton at the presidential town hall debate on Oct. 9, he quickly became a viral internet sensation.

That evening at Washington University in St. Louis, Bone asked, “What step will your energy policy take to meet our energy needs while at the same time remaining environmentally friendly and minimizing job loss for fossil power plant workers?”

Trump responded by touting “clean coal” and bashing what he described as President Barack Obama’s war on energy. Sec. Clinton responded by promoting hydraulic fracturing (“fracking“) for oil and gas as a “bridge” to renewable fuels while also citing climate change as a “serious problem” and that she wants “to make sure we don’t leave people behind.”

Lost in the shuffle of the viral memes, internet jokes and a Facebook fan page is a basic question: Who is Ken Bone and what does he do for a living?

does not get into—a similar process for which we’ve been using for many cycles—to identify individuals that are non-committed.” The official also said identifying the line of work for the person who stands up and asks a question at town hall debates is not something the CPD has ever done.

Leaked Memoranda of Understanding from previous presidential debates offer some clues as to how questioners are selected. The Memoranda are the agreements designed by the two major party campaigns each election season which govern the format and rules of the debates. While typically not released to the public, they were leaked to the press in both 2004 and 2012.

Gallup is first tasked with finding a “nationally demographically representative group of voters” using a methodology which must be approved by both campaigns. Once selected, audience members then submit their written questions to the moderator, who makes sure the questions are roughly divided between foreign policy and national security on the one hand, and domestic and economic policy on the other. The moderator is also tasked with removing any questions they find “inappropriate.”

Finally, the moderator must then come up with a process fulfilling the paradoxical task of both randomly selecting questions and making sure they cover “a wide range of issues of major public interest.” The candidates must approve this process as well.

While it’s not clear if the candidates did or did not sign a written agreement this year, the two campaigns did negotiate the debate rules and it would not be surprising if they followed a similar process in earlier debates. Janet Brown, executive director of the CPD, told CNN that the moderators would select around eight audience members from a crowd of 40 to ask questions “with the goal of maximizing the number of topics covered,” suggesting the process is little changed from previous years.

ABC News—whose reporter Martha Raddatz co-moderated the debate alongside Anderson Cooper—deferred a query about how those who ask questions at debates are vetted to the Commissions on President Debates and Gallup. CNN did not respond to a request for comment.

Additional reporting by Branko Marcetic. Reposted with permission from our media associate DeSmogBlog.