‘Keep It in the Ground’ Approach to Fossil Fuels on Public Lands Would Cut Climate Emissions, Study Confirms 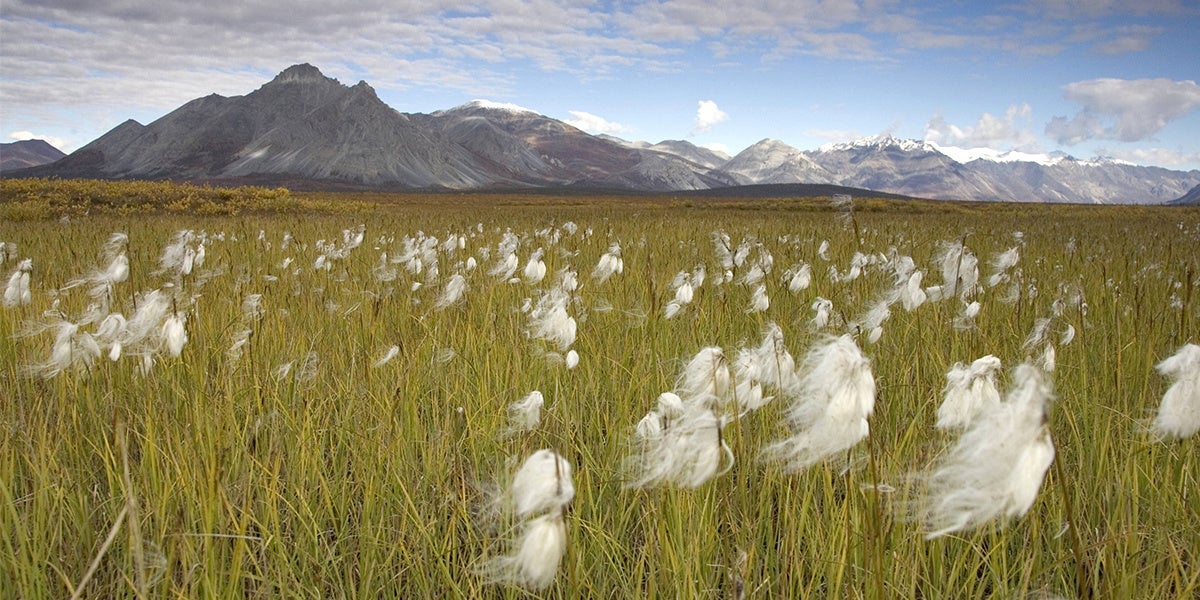 Limiting fossil fuel production on U.S. federal lands would reduce both global oil consumption and overall carbon emissions, according to a new study by the Stockholm Environment Institute (SEI), a research organization focused on sustainable development. In the study, SEI researchers specifically examined the policies proposed in the “Keep It in the Ground Act,” which would ban new and renewed leases to extract oil, gas, and coal on all federal lands, and was introduced in Congress in 2015, 2016, and again in 2017.

“Our models show that each barrel of U.S. oil left undeveloped leads to about a half-barrel drop in global oil consumption,” said Pete Erickson, SEI senior scientist and study co-author. “In the long term, the smart choice—for the climate and the economy—is to phase down oil and gas production, not ramp it up.”

An important part of this finding seems like common sense—limiting fossil fuel production would lead to reduced consumption. However, the study’s authors point out that the current federal administration argues that limiting production does not impact consumption due to a concept known as “perfect substitution” (also referred to as “leakage”):

“This is because U.S. government analyses of the potential GHG [greenhouse gas] emissions effects of policies that affect fossil fuel supply have often assumed that leakage, in the form of increased fossil fuel production from other sources, would cancel most, if not all, of the GHG emissions benefit [of keeping fossil fuels in the ground].”

Perfect substitution contends that limiting production of fossil fuels in one place will never limit consumption because another source somewhere else will always be willing to step in with a substitute for that missing production, i.e., if a certain volume of oil isn’t drilled on U.S. federal lands, then the industry will extract it on private lands in another part of the country or abroad.

Under this logic, efforts to leave any fossil fuel reserves undeveloped seem futile. However, that argument doesn’t stand up to scrutiny. As noted in the SEI study, a U.S. appeals judge wrote in 2017 that this assumption of perfect substitution is “irrational” and “that it contradicts basic supply and demand principles.”

Jim Stock, economics professor at Harvard University, agrees with SEI’s and the judge’s conclusions that “perfect substitution” in fossil fuel markets is predicated on faulty assumptions.

“This is pretty easy to see with a stark example. Suppose Saudi Arabia were to decide to stop pumping. The price would rise, emissions would fall,” Stock explained via email. “So the point they [SEI] make is pretty straightforward and consistent with basic economics.”

“Our findings help cast aside the irrational belief in perfect substitution or, as some have called it, ‘whack-a-mole,'” Lazarus said in a statement. “In most cases, leaving coal or oil resources undeveloped will lead to global CO2 benefits.”

Or to put it another way—a strategy to “keep it in the ground” is a valid path to reducing atmospheric greenhouse gas emissions, which climate scientists say is necessary to avoid warming that would lead to catastrophic climate change.

Meanwhile, at the EPA

The same day SEI released its study, U.S. Environmental Protection Agency (EPA) Administrator Scott Pruitt explained his take on fossil fuel consumption—based on what he says he learned from the Bible.

“The biblical world view with respect to these issues is that we have a responsibility to manage and cultivate, harvest the natural resources that we’ve been blessed with to truly bless our fellow mankind,” Pruitt said in an interview with the Christian Broadcasting Network.

“The ‘environmental left’ tells us that, though we have natural resources like natural gas and oil and coal, and though we can feed the world, we should keep those things in the ground, put up fences and be about prohibition,” he said. “That’s wrongheaded and I think it’s counter to what we should be about.”

In keeping with Pruitt’s views, the Trump administration appears intent on making sure the oil, gas, and coal industries have the opportunity to dig up and burn every last fossil fuel reserve in America.

SEI’s latest research specifically looks at the impact of limiting the new production of fossil fuels on U.S. public lands only—something the Obama administration supported on some levels.

According to the study, even this limited effort would significantly cut emissions. “We estimate that the lease restriction policy would reduce global CO2 emissions by 280 [million tons] in 2030, an amount on par with, and in many cases greater than, that of other major policies in President Obama’s climate action plan,” Erickson and Lazarus wrote in the paper, published in the peer-reviewed journal Climatic Change.

However, the Trump administration has been systematically rolling back Obama’s programs to mitigate climate change and instead is trying to open up new public lands to coal, oil and gas exploration. That includes the Department of the Interior’s proposal to open up most waters off U.S. coasts to the oil and gas industry and the measure in the Republican tax overhaul legislation that requires oil and gas drilling rights sales in Alaska’s Arctic National Wildlife Refuge (ANWR). Meanwhile, the U.S. already is seeing record levels of both hydraulic fracturing (fracking) as well as oil and gas exports (which are predicted to go even higher).

In the study’s abstract, SEI’s Erickson and Lazarus acknowledge their findings will likely fall on deaf ears at the top of today’s federal government: “Our findings suggest that measures to constrain fossil fuel supply—though not currently viable in a U.S. Trump administration—deserve further consideration.”

Keep It in the Ground or It Is Game Over

The science is clear that most of the fossil fuels currently “in the ground” need to stay there for the planet to have any hope of avoiding catastrophic climate change.

“Avoiding dangerous climate change will require a rapid transition away from fossil fuels,” Erickson and Lazarus write in their paper. “By some estimates, global consumption and production of fossil fuels—particularly coal and oil—will need to end almost entirely within 50 years.”

However, others warn that the timeline to address climate change is much shorter. One reason is that the impacts of climate change are happening faster than expected. One example is record low sea ice cover, which in turn contributes to sea levels rising quicker than predicted and coastal towns like Lafitte, Louisiana, being swallowed by the Gulf of Mexico.

As DeSmog reported at the time, Trevor House of the Rhodium Group echoed this sentiment at a 2015 panel discussion on oil exports at Columbia University’s Center on Global Energy Policy.

“I’m of the view that we can have our cake and eat it too,” House said. “It is possible to support domestic oil and gas production and meet our long-term climate objectives at the same time.”

House may hold that position but scientists and other climate experts disagree. Despite that, he co-authored a study supporting more U.S. oil production and exports with Jason Bordoff, the former special assistant to President Obama and senior director for energy and climate change. That vision, of course, is exactly what is taking shape in America right now.

Not limited to the U.S., this view certainly sounds similar to the current approach of Canadian Prime Minister Justin Trudeau, who is pushing new tar sands pipelines—all while talking about climate solutions.

“As I’ve said for a long time,” Trudeau told CBC News. “We need to make sure we’re both protecting the environment and growing the economy at the same time.”

Of course, the Canadian economy is incredibly dependent on fossil fuel production.

Any model that predicts a future in which climate change is under control already is counting on large-scale negative emissions via yet-to-be-invented technology. Or planting a whole lot of new trees and crops and then burning them for energy.

While those are potential technical solutions to catastrophic climate change, implementing techno-fixes at this scale may never happen. The one proven way to immediately address climate change is to reduce fossil fuel consumption.

When the Keep It In the Ground Act was introduced in 2016, climate activist Bill McKibben strongly supported it with a simple explanation: “We have no more margin.”

Of course, that was two years ago … before the beginning of the Trump and Pruitt fossil fuel “harvest.” If there is any margin left in the effort to limit climate change—it is rapidly shrinking.