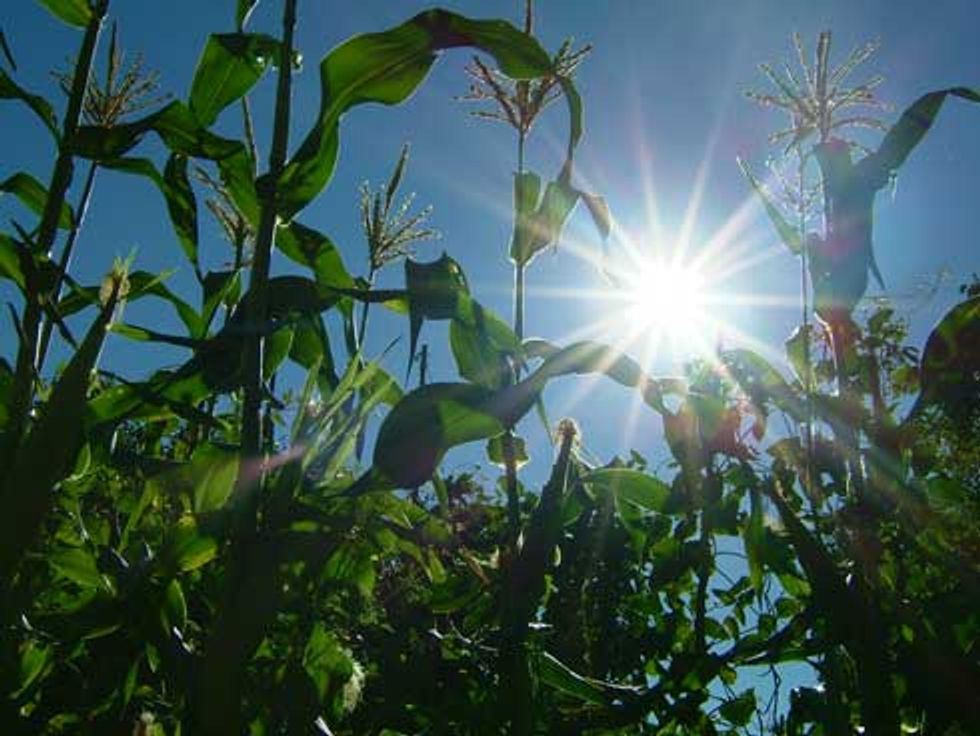 Why should you be concerned about Monsanto's GE sweet corn?

1) This is the first GE crop that Monsanto is marketing for direct human consumption.

3) It hasn't been tested for human safety.

Monsanto's sweet corn variety flew through the approval process because it combines two genetically engineered traits that were approved in 2005 and 2008. The U.S. Department of Agriculture does no independent testing of GE crops, and the stacked combination of these traits for herbicide resistance and pesticide production has never been through a safety evaluation of any kind.

These traits have never been engineered into a food that will be consumed directly by people. Most of the GE corn that is currently grown is eaten by animals or processed into corn syrup, corn oil and other corn ingredients that show up in processed food. Monsanto's aiming to have their new GE sweet corn grown on 250,000 acres next year (roughly 40 percent of the sweet corn market). Take action now to make sure this corn isn't sold at your local grocery store.

As you already know, genetically engineered crops are not required to be labeled. We have no way of knowing if a food has been genetically engineered or contains GE ingredients. We believe labeling should be required so that people can choose whether or not they want to eat GE foods. Unfortunately, GE sweet corn won't be labeled and doesn't look any different from regular sweet corn.